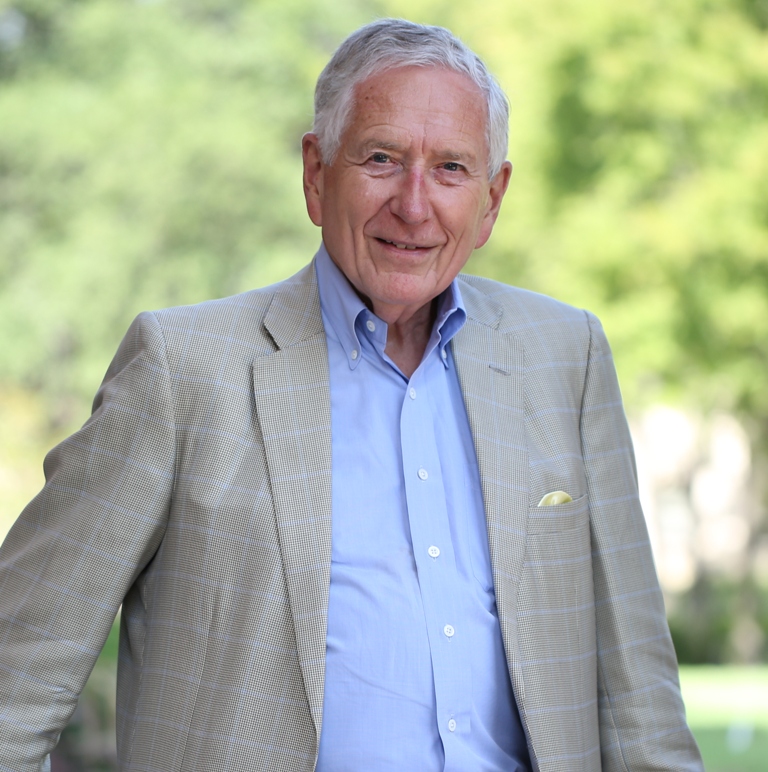 Drayton McLane Jr. received the Mirabeau B. Lamar Medal for his extraordinary contributions to higher education in Texas Jan. 23 in Austin. McLane was nominated for the award by the presidents of Baylor and UMHB. (Robert Rogers/Baylor Marketing and Communications)

AUSTIN, Texas (Jan. 24, 2013) - Baylor University Regent Emeritus and longtime university benefactor Drayton McLane Jr. of Temple was presented with the prestigious Mirabeau B. Lamar Medal - which is awarded to individuals, foundations and organizations who have made extraordinary contributions to higher education in Texas - during a luncheon and award ceremony Jan. 23 at the Headliners Club in Austin.

Created in 1977, the Lamar Medal is presented each year by members of the Council of Public University Presidents and Chancellors, the Independent Colleges and Universities of Texas and the Texas Association of Community Colleges. McLane was nominated for the annual award by the presidents of Baylor University and the University of Mary Hardin-Baylor.

In accepting the award, McLane said, "Investing in higher education will provide rewards and dividends beyond anything you can do in life."

In addition to his generous support of Baylor and UMHB, McLane is a benefactor of Austin College, Baylor College of Medicine, Dallas Baptist University and Temple College. He also is a Board Director for the Bush School of Government and Public Service at Texas A&M University, a member of the Board of Trustees for Baylor College of Medicine and a member of The University Cancer Foundation Board of Visitors with The University of Texas MD Anderson Cancer Center.

In the nomination letter, Baylor President Ken Starr noted, "One of Mr. McLane's great strengths is his ability to connect with others and inspire them to join in philanthropic support of higher education. To this end, his participation in several higher education initiatives at Baylor University resulted in increased support for everything from scholarships to capital building projects to academic programs. Mr. McLane's leadership has been a vital part of Baylor University's fundraising efforts and construction of Baylor Stadium - notable in his encouragement of the Waco community to view the project as a collaboration and investment between the city and the University."

Starr also credited McLane's giving philosophy as "an opportunity to draw more eyes to the many distinctive academic programs" which extended to "the University of Mary Hardin-Baylor, where the McLane family also made the largest gift in University history toward the construction of a new football stadium, Crusader Stadium." Randy O'Rear, president of the University of Mary Hardin-Baylor, recognized McLane's support as both "strategic and visionary."

McLane earned his BBA in management from Baylor in 1958 and went on to earn a master's degree from Michigan State University. Today, McLane is chairman of the McLane Group and CEO of McLane Advanced Technologies, located in Temple. He is the former CEO/owner of the Houston Astros Baseball Club, which he purchased in 1992 and sold in 2011. His many significant awards include the Boy Scouts of America 2004 Silver Buffalo and Distinguished Citizen's Award, the Leadership Houston 2002 Distinguished Leadership Award, the Houston Community Partners 2000 Father of the Year Award, the Food Distributors International 1998 Herbert Hoover Award and the American Academy of Achievement 1997 Golden Plate Award. He has received an honorary doctorate from Michigan State University and Austin College. McLane was inducted into the Texas Business Hall of Fame and the Texas Baseball Hall of Fame.

Previous recipients of the Lamar Medal include university leaders such as Baylor President Abner McCall, elected officials such as Professor Barbara Jordan and Lt. Gov. Bob Bullock, and foundations such as The Robert Welch Foundation, Houston Endowment Inc. and Exxon Education Foundation.

ABOUT COUNCIL OF PUBLIC UNIVERSITY PRESIDENTS AND CHANCELLORS

The Council of Public University Presidents and Chancellors is comprised of the chief executive officers of Texas' 53 publicly-supported general academic universities, two Lamar State Colleges and the Lamar Institute of Technology, system offices and health-related institutions. Established over 20 years ago, the Council provides a forum for discussing the mutual needs, concerns and issues facing public universities in Texas and encourages inter-institutional cooperation in meeting the higher education goals of the state.

ABOUT INDEPENDENT COLLEGES AND UNIVERSITIES OF TEXAS

Independent Colleges and Universities of Texas Inc. (ICUT), a nonprofit association, is the voice for Texas' fully accredited private colleges and universities. For almost 40 years, it has fulfilled its mission of helping policymakers recognize the importance and value of the independent sector of higher education by successfully articulating the sector's needs and aspirations.

ABOUT TEXAS ASSOCIATION OF COMMUNITY COLLEGES