PR Professionals Are Not 'Yes Men' When Pressured to Be Unethical, Baylor Study Shows 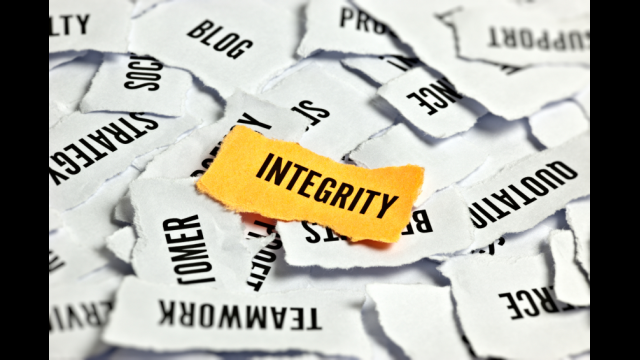 WACO, Texas (Jan. 15, 2013) -- Public relations professionals who have provided ethics counsel to senior management are at least as fervent about serving the public interest -- sometimes even more so -- as they are about their duty to their organizations, according to a Baylor University researcher.

A new study of 30 senior public relations professionals, most of whom had served as an "organizational conscience," showed the individuals viewed themselves as an "independent voice" in the organization and not "mired by its perspective or politics," said study author Marlene S. Neill, Ph.D., a lecturer in the department of journalism, public relations and new media in Baylor's College of Arts & Sciences.

The study, published in Journal of Mass Media Ethics: Exploring Questions of Media Morality, was co-authored by Minette Drumwright, Ph.D. , an associate professor of advertising at the University of Texas at Austin, and may be viewed here: https://www.tandfonline.com/doi/full/10.1080/08900523.2012.746108

Researchers did in-depth interviews with senior public relations professionals in the United States and Australia, with an average of 27 years of experience. All but three had served as the chief public relations officers in their organizations, which included corporations, nonprofit organizations and government entities; and two of those also provided counsel in their roles in PR agencies for their clients as external counselors.

Study participants said they often were in the "kill the messenger" predicament, making it tricky to give criticism to people who outranked them and to persuade those people to agree with them, Neill said.

Speaking up on sensitive ethical issues required courage, study participants said. A few were fired or demoted for refusing to do something that was blatantly unethical; two resigned when their advice was rejected, including one who refused to include false information in a press release.

One individual said that the " 'yes man' has no value, no value whatsoever" in PR. Another said one reason for her good relationship with her company CEO is that "he can count on me to not always agree with him."

Another major barrier was a common misperception among senior executives that public relations is nothing more than a tool of marketing, which limits PR professionals' roles as problem solvers.

Crucial to their jobs is a sound relationship with their organizations' legal counsels, informants said. So is access to key decision makers, the better to ensure "fire prevention" instead of "fire fighting" -- damage control in a crisis.

Neill said that participants were resourceful about how to communicate to management without seeming judgmental.

One participant contrasted her experience at an iron-fisted company -- in which senior managers' attitude was one of "Do what I say, and don't question me" -- with a more effective and positive experience at another company. There, she said, "Nobody is belittled; the managers and executives don't feel like you're questioning their authority. They're very much into a learning mode. They ask a lot of questions; they very much are information gathering."

The College of Arts & Sciences is Baylor University's oldest and largest academic division, consisting of 26 academic departments and 13 academic centers and institutes. The more than 5,000 courses taught in the College span topics from art and theatre to religion, philosophy, sociology and the natural sciences. Faculty conduct research around the world, and research on the undergraduate and graduate level is prevalent throughout all disciplines. Visit https://www.baylor.edu/artsandsciences