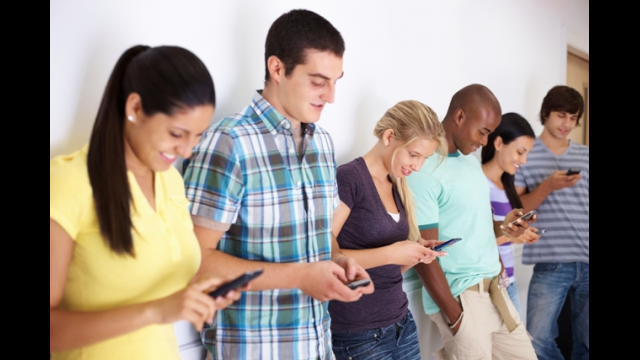 WACO, Texas (Nov. 28, 2012) - Cell phone and instant messaging addictions are driven by materialism and impulsiveness and can be compared to consumption pathologies like compulsive buying and credit card misuse, according to a Baylor University study in the Journal of Behavioral Addictions.

"Cell phones are a part of our consumer culture," said study author James Roberts, Ph.D., professor of marketing and the Ben H. Williams Professor of Marketing at Baylor's Hankamer School of Business. "They are not just a consumer tool, but are used as a status symbol. They're also eroding our personal relationships."

Roberts' study, co-authored with Stephen Pirog III, Ph.D., associate professor and chair of the department of marketing at Seton Hall University, found that materialism and impulsiveness drive cell phone addiction. Cell phones are used as part of the conspicuous consumption ritual and also act as a pacifier for the impulsive tendencies of the user, according to Roberts. Impulsiveness, he noted, plays an important role in both behavioral and substance addictions.

This study is the first to investigate the role materialism plays in cell phone addiction. According to Roberts, materialism is an important consumer value that impacts many of the decisions we make as consumers. Additionally, cell phone use and over-use have become so common that it is important to have a better understanding of what drives these types of technological addictions.

Previous studies have shown that young adults send an average of 109.5 text messages a day or approximately 3,200 texts each month. They receive an additional 113 text messages and check their cell 60 times in a typical day and on average, college students spend approximately seven hours daily interacting with information and communication technology.

"At first glance, one might have the tendency to dismiss such aberrant cell phone use as merely youthful nonsense - a passing fad. But an emerging body of literature has given increasing credence to cell phone addiction and similar behavioral addictions," Roberts said.

Data for this study come from self-report surveys of 191 business students at two U.S. universities. Cell phones are used by approximately ninety percent of college students, and said Roberts, "serve more than just a utilitarian purpose". Cell phones are accessible at any time, including during class, and possess an ever-expanding array of functions, which makes their use or over-use increasingly likely. A majority of young people claim that losing their cell phone would be disastrous to their social lives, he said.