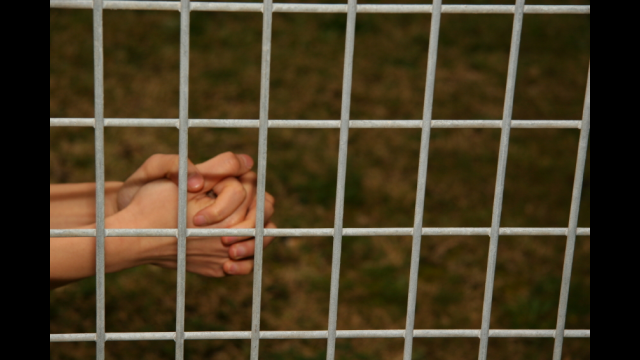 WACO, Texas (Oct. 9, 2012) -- Nearly 80 inmates have become seminary students at a Texas maximum security prison in a program committed to sending "field ministers" to other prisons. Baylor University's Institute for Studies of Religion (ISR) has been awarded a $1.3 million grant to study the impact of that program and a similar one at a Louisiana maximum security prison.

"Seminaries in maximum security prisons are designed to rehabilitate prisoners and transform the prison environment itself," said Byron Johnson, Ph.D., director of Baylor's ISR and Distinguished Professor of the Social Sciences. "We intend to test that proposition."

"If voluntary participation in prison seminaries - at no cost to taxpayers - is found to be effective, it has the potential to fundamentally change the way we think about corrections," he said.

The grant is funded by Premier FOTO, LLC, a subsidiary of Premier Designs, Inc. (founded by Andy and Joan Horner) and will be used to conduct five-year studies of the four-year seminary dubbed "the Darrington Bible College" (an extension of the Fort Worth-based Southwestern Baptist Theological Seminary) housed at the Darrington Unit in Rosharon, Texas; and a nondenominational program called Angola Bible College at Louisiana State Penitentiary, commonly called Angola.

Darrington Bible College was installed with 39 prisoners a year ago, with about that many added in January 2012.

Angola Bible College, initiated by Angola Warden Burl Cain, was begun in 1995.The prison houses more than 5,000 prisoners, with about 4,000 of those serving life sentences. The average length of sentence for those not serving life is 93 years.

"Before Cain's arrival as warden 17 years ago, Angola was known as one of America's most violent prisons," Johnson said. "The seminary, hospice, and re-entry programs initiated during Cain's tenure have gone a long way in dramatically changing the prison's reputation."

If such a program existed in a prison in which most prisoners had a chance at parole, skeptics might consider it a ploy to impress the parole board, Johnson said, "but in this case, the vast majority don't have a chance of getting out."

He called the program "a fascinating correctional experiment that will likely be viewed by some as a very bad idea, while others may see it as the ultimate correctional panacea. Is there any empirical evidence that might shed light on the likely success or failure of a seminary based in a prison? As it turns outs, there is."

Sung Joon Jang, Ph.D., an associate professor of sociology at Baylor and an ISR faculty fellow as well as co-principal investigator on the study, said that social science research "is helping us understand that religious conversions can play an important role as a starting point in the process of long-term change and reform. Offenders who successfully straighten out their lives often experience a turning point or event that was pivotal in bringing them out of a criminal lifestyle. In short, research suggests offenders can and do change."

Johnson has conducted and published a number of studies on the role of religion in prisons and states that "religious instruction can provide a bridge to other faith-motivated individuals and resources that can prove instrumental in reshaping an offender's life. Without these faith-based connections, prisoners will not mature in their faith or have a mentor to hold them accountable, much less have access to networks of social support that exist in so many congregations. Faith-motivated individuals within these networks can help address such issues as housing and employment, which are problematic for ex-prisoners."

"Helping prisoners to rewrite their life narrative can be a powerful and redemptive thing, giving prisoners the hope and purpose needed to start a new and prosocial life, while helping them come to grips with the anti-social life they have left behind," Jang said.

Empirical evidence shows that inmates completing faith-based prison programs like the InnerChange Freedom Initiative in Texas and Minnesota are "significantly less likely to return to prison than comparable inmates who did not participate in such a program," said Grant Duwe, director of research in the Minnesota Department of Corrections, and another member of the ISR-led research team. These faith-based programs incorporate education, religious instruction, vocational training, and mentoring.

Other prison ministries like Kairos, Alpha, and Prison Fellowship operate in a similar way in hundreds of prisons globally.

The most intriguing component of the Darrington and Angola seminaries is their commitment to send their graduates out as "Field Ministers" to the other prisons in their respective states, Johnson said. Angola has been sending out its graduates as "missionaries" for a number of years, and the Darrington Seminary has approval from the Texas Department of Criminal Justice to follow this pattern.

ABOUT BAYLOR INSTITUTE FOR STUDIES OF RELIGION

Launched in August 2004, The Baylor Institute for Studies of Religion (ISR) exists to initiate, support, and conduct research on religion, involving scholars and projects spanning the intellectual spectrum: history, psychology, sociology, economics, anthropology, political science, epidemiology, theology, and religious studies. Our mandate extends to all religions, everywhere, and throughout history. It also embraces the study of religious effects on such things as prosocial behavior, family life, population health, economic development, and social conflict. While always striving for appropriate scientific objectivity, our scholars treat religion with the respect that sacred matters require and deserve.