Stages of Grief Can Be Likened to a Pinball Machine, According to Model Developed by Baylor University Researcher 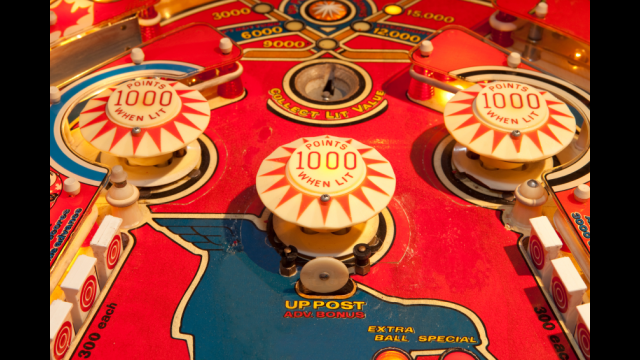 Events triggering grief are likened to the workings of a pinball machine by Baylor researcher Margaret Baier. (iStockphoto)
Tweet
Sept. 24, 2012

WACO, Texas (Sept. 24, 2012) -- Moving through the traditional stages of grief can be as unpredictable as playing a pinball machine, with triggers of grief acting like pinball flippers to send a mourner into a rebound rather than an exit, according to a case study by a Baylor University researcher and a psychologist at Brooke Army Medical Center.

For some, grieving is complete after the loss is accepted. But for others, such events as the anniversary of a death or a scene that jogs the memory can send them slamming into grief again, according to a case study by Margaret Baier, Ph.D., an assistant professor in the family and consumer sciences department at Baylor and a marriage and family therapist, and Ruth Buechsel, a psychologist at Brooke in San Antonio. Their study appears in the Mental Health Practice nursing journal.

Baier, who teaches in Baylor's College of Arts & Sciences, developed the model of the pinball machine, recognizing its potential to be used as a metaphor to help those in mourning make sense of their chaotic experience and be prepared when grief is triggered or prolonged by other events.

The five stages of grief -- denial, anger, bargaining, depression and acceptance -- were set out in a model by psychiatrist Elisabeth Kübler-Ross in her 1969 book On Death and Dying, inspired by her work with terminal patients and their survivors. She noted that the process might not be sequential, but many expect it to end with acceptance.

In the case of Heather (a pseudonym), 24, the woman in the researchers' case study, she learned of her father's illness when she was several thousand miles from her family attending graduate school, Baier said.

With a close family, strong faith and no history of psychological problems before she went through marital and divorce therapy, she could not grasp the news that this would be her last Christmas with her father, who was relatively young with a healthy lifestyle and no family history of cancer. Being far away from her family made it easier for Heather to deny the impending death.

She often "bargained" in the form of prayer, offering various areas of her life in exchange for her father's health. When her bargaining was not successful, she stopped attending church and praying, questioned her religious beliefs and grew angry at those who suggested her lack of faith was why her father was not being healed.

While she did not meet the criteria for clinical depression, she was sad and tearful daily, feeling hopeless and guilty. She lost her appetite, felt fatigued, missed work and lost interest in her studies, believing she would never be happy again. She finally accepted the diagnosis, but then struggled as she saw her father handle his business affairs, prepare for his death, suffer through treatments and eventually die.

In Heather's case, using the pinball analogy gave her "a sense of relief that she was not crazy" and would be able to feel joy again, Baier said. "One of the most freeing aspects of this model is the notion that grief is never complete."

Through the years, Heather reported that a scent, a song on the radio or a piece of literature sometimes reminded her of the pain she once felt. But "eventually, she returned to acceptance, knowing that grief was resting but not gone."

The model also has potential for helping those coping with separation or divorce, loss of employment or financial loss, as well as to help those people close to them understand and offer support, Baier said.

The College of Arts & Sciences is Baylor University's oldest and largest academic division, consisting of 26 academic departments and 13 academic centers and institutes. The more than 5,000 courses taught in the College span topics from art and theatre to religion, philosophy, sociology and the natural sciences. Faculty conduct research around the world, and research on the undergraduate and graduate level is prevalent throughout all disciplines. Visit www.baylor.edu/artsandsciences