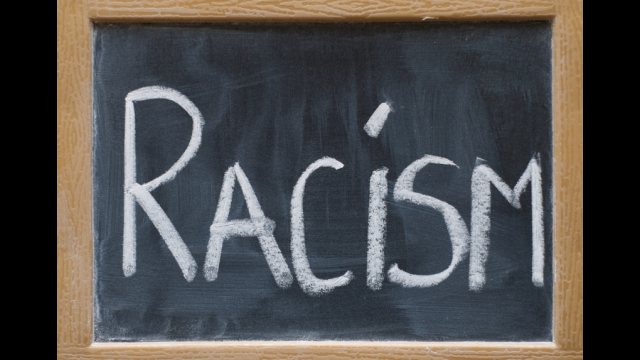 WACO, Texas (July 18, 2012) -- Fans of Facebook hate groups, while using new media to target President Obama and his family, are relying heavily on old stereotypes of blacks as animalist, evil or shiftless -- including depictions of the President as a chimp or sporting a bandana and a mouth full of gold teeth, according to a Baylor University study.

More than 20 Facebook groups/pages were analyzed in Moody's study, using the keywords, "hate," "Barack Obama," and "Michelle Obama" to pinpoint them. An article on the study was published in The Journal of New Media & Culture.

Hate groups -- which once recruited members through word of mouth and distribution of pamphlets -- spread the message that one race is inferior, target a historically oppressed group, and use degrading, hateful terms. Historical racist portrayals of black men and women often fell into one of three categories --blackface/animalist, socially deviant and evil/angry --and over-emphasized and ridiculed facial features, personality traits and diets, Moody said.

"The growth of Facebook groups from a fringe activity to a significant communication source illustrates the recent evolution in the spread of hate speech," she said. "Hate groups, which might have remained benignly isolated at one time, recruit online and increase their numbers instantly."

Common historical stereotypes have been the term "Uncle Tom" or "Mammy" for a person who acts in a subservient way to whites, while the "Rastus" character made popular in minstrel shows is a pejorative term for a black man who is always happy - even in adverse situations.

"The groups often highlight the President and First Lady with features that are meant to be negative or funny such as beards, Afros, mustaches, gold teeth, do-rags and various costumes," Moody said. "Mrs. Obama is depicted as a masculine, unattractive 'angry black woman.' Most pictures are accompanied with a disrespectful caption.

"Most captions do not attack the president and first lady's political views; instead, they attack them personally with racial slurs that build on racist historical narratives," she said. "The shocking nature of these pictures spur numerous comments and 'likes.'"

Some people have declared the present a "post-racial" era in that U.S. citizens elected a black president, maintaining that policies to address racism are no longer necessary, Moody said. But depictions of minorities in new media show otherwise, despite Facebook guidelines inviting users to report content that fits the categories of hate speech.

Some Facebook members evade those policies by spotlighting a celebrity, politician or athlete. Because slurs are not in the official title, Facebook is not as quick to shut them down. Some group target blacks by focusing on President Obama. One such group refers to him as "n-----" and a "no-good jungle monkey," Moody said.

Because of the shift in media gatekeepers, "Students and media scholars must learn how to read and critically dissect the Internet and other forms of new media," Moody said. "Scholars also must continue to explore the dynamics of freedom of speech within new media platforms."

The College of Arts & Sciences is Baylor University's oldest and largest academic division, consisting of 26 academic departments and 13 academic centers and institutes. The more than 5,000 courses taught in the College span topics from art and theatre to religion, philosophy, sociology and the natural sciences. Faculty conduct research around the world and research on the undergraduate and graduate level is prevalent throughout all disciplines.