Actions Don't Always Speak Louder Than Words -- At Least, Not When It Comes to Forgiveness, Baylor University Study Shows 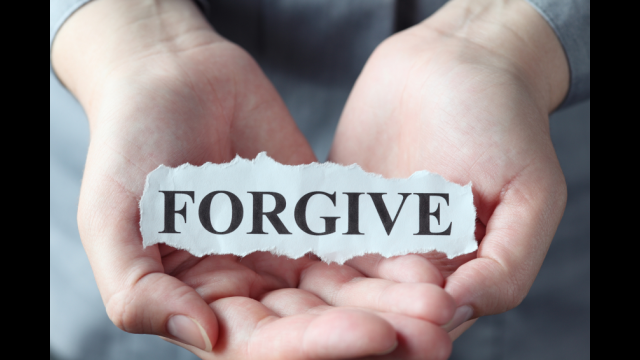 WACO, Texas (July 18, 2012) -- People are more likely to show forgiving behavior if they receive restitution, but they are more prone to report they have forgiven if they get an apology, according to Baylor University research published in the Journal of Positive Psychology.

The study underscores the importance of both restitution and apology and of using multiple measures for forgiveness, including behavior, said Jo-Ann Tsang, Ph.D., an associate professor of psychology and neuroscience in Baylor's College of Arts & Sciences.

"One of the main reasons for using behavioral measures in addition to self-reporting by individuals is that they can make themselves look better by only self-reporting, although they don't necessarily intend to lie," she said. "And it may be that 'I forgive you' is a more conscious feeling if they receive an apology."

In the study, 136 undergraduate psychology students were stationed in individual cubicles and told that raffle tickets for a $50 gift card would be given out in three rounds, with 10 tickets per round to be divided between a participant and a unknown "partner." They also were told they might receive a note from the partner.

In the first round, participants were given only two of the 10 tickets split between them and their partners; in the second, they got nine. Some were told the distributions were made by the partner; others were told it was by chance.

Researchers examined the links between apology, restitution, empathy and forgiveness, measuring forgiveness in two ways: Through behavior (how many raffle tickets participants gave to their partners on the third round); and self-reporting on a questionnaire, with participants telling how highly they rated their motivation to forgive.

Researchers wrote that "making amends can facilitative forgiveness, but not all amends can fully compensate for offenses." Apology may be needed to repair damage fully, but it may be a "silent forgiveness," while restitution without apology may lead to a "hollow forgiveness" in which the offenders are treated better but not necessarily forgiven.

"The results suggest that if transgressors seek both psychological and interpersonal forgiveness from their victims, they must pair their apologies with restitution," they wrote. "Apparently, actions and words speak loudest in concert."

Baylor University is a private Christian university and a nationally ranked research institution, characterized as having "high research activity" by the Carnegie Foundation for the Advancement of Teaching. The university provides a vibrant campus community for approximately 15,000 students by blending interdisciplinary research with an international reputation for educational excellence and a faculty commitment to teaching and scholarship. Chartered in 1845 by the Republic of Texas through the efforts of Baptist pioneers, Baylor is the oldest continually operating university in Texas. Located in Waco, Baylor welcomes students from 50 states and more than 80 countries to study a broad range of degrees among 11 nationally recognized academic divisions.