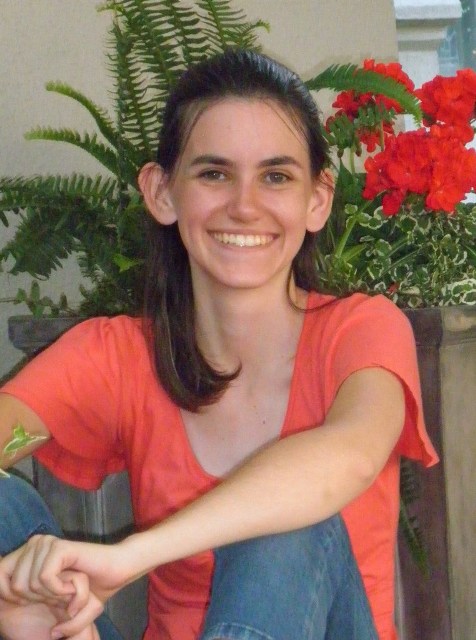 Recent Baylor University graduate Elizabeth A. Dratz of Wheat Ridge, Colo., has been selected for a Fulbright English Teaching Assistantship (ETA) to Turkey.

WACO, Texas (May 29, 2012) - Recent Baylor University graduate Elizabeth A. Dratz of Wheat Ridge, Colo., has been selected to receive the prestigious Fulbright Scholarship - the flagship international educational exchange program sponsored by the U.S. government. Dratz's selection - the sixth in 2012 for Baylor - brings the number of Baylor students and/or graduates who have received the honor since 2001 to 32.

The Fulbright Program, which is designed to increase mutual understanding between the people of the United States and the people of other countries, selects participants based on their academic merit and leadership potential. Through the program, students are provided opportunities for one academic year to study, teach and conduct research, exchange ideas and contribute to finding solutions to shared international concerns.

Baylor Media Communications recently conducted a Q&A with each of Baylor's most recent Fulbright recipients, including Dratz.

Baylor Media Communications: How did you find out that you had received a Fulbright, and what was your reaction?

Elizabeth Dratz: Two days after graduating from Baylor, I logged into my Baylor email looking for a recipe for curry. Instead I found a "CONGRATULATIONS" email from Dean Vardaman and another from the Fulbright commission informing me of my selection for a Fulbright to Turkey! While the deadline to learn about selection was March-May, time is seen differently around the world, and Turkish time is usually a couple weeks behind. I was ecstatic at the news!

Baylor Media Communications: Why did you decide to apply for the Fulbright, and why did you choose Turkey?

Elizabeth Dratz: I studied abroad with a Baylor exchange program at Boðaziçi University in Istanbul, Turkey, in Fall of 2010 and fell in love with everything from their pace of life to their hospitality and the tea. Since high school I've been interested in the writings of Orhan Pamuk and the Ottoman Empire. My time at Baylor has allowed me to continue to hone my passion for Turkey, specifically its economics and history. Good English is exceptionally important as Turkey continues to integrate with Europe and the rest of the globe.

As far as the Fulbright scholarship, Elizabeth Vardaman is Baylor's Fulbright mastermind. I came in with other ideas of scholarships and places to go study, but Dean Vardaman found my strengths and passions alongside my previous experiences and helped me craft a strong application for the Fulbright to Turkey.

Baylor Media Communications: Through the Fulbright English Teaching Assistantship (ETA), you will teach English in Turkey?

Elizabeth Dratz: I will be teaching English as a Foreign Language in a University that has been in existence for less than last five years. I want to teach and express American culture through our holidays, food and games. When I've been abroad, I've often felt like I was continually playing a game of charades -- communicating with limited language. I want to introduce my students to games like Apples to Apples to not only teach vocabulary but also share cultural icons and our senses of humor. In my free time, I want to learn more Turkish and climb mountains. I received a wonderful crash course introduction when I studied abroad, but still have a lot to learn.

Baylor Media Communications: Why did you decide to come to Baylor for your undergraduate study?

Elizabeth Dratz: I visited campus and enjoyed the community atmosphere that Baylor had. I was surprised by the helpfulness of random students as well as professors and enjoyed being on campus. As a National Merit Finalist, the scholarship that Baylor offered was also an important factor in my decision to come to Baylor. It's one of the best decisions I've ever made.

Baylor Media Communications: What are your plans after Baylor and the Fulbright?

Elizabeth Dratz: I've been admitted to the University of Colorado's Economics Ph.D. program. I want to study development economics in the Middle East and Turkey. Spending a year in Turkey will not only improve my Turkish and abilities to read primary source documents but also hopefully provide me some contacts at the University level with whom to collect data, conduct research and write papers in the future.

Baylor Media Communications: Who are some of the Baylor faculty members who helped you in your major, as well as your Fulbright application? (Within Economics and Business Fellows: Charles North,. History Department: George Gawrych. Other: Elizabeth Vardaman)

Elizabeth Dratz: Without the guidance of Dr. Charles North and the rest of the economics department - Van Pham, Steve Green and Allen Seward - I wouldn't have been nearly as inspired and motivated during my undergraduate career. The Baylor Business Fellows Program fed my curiosity, enthusiasm and desire to connect disciplines together. My economics professors encouraged me to write and present papers in areas I was truly passionate about, including my thesis about economic attitudes and religion that highlights Islam's relationship with attitudes of trust, confidence in government, thrift and competition.

George Gawrych of the history department was my guide in all things Turkish, both before and after I studied abroad. Having historical touchstones and someone to talk about current cultural norms helped me have the right expectations when I went to Turkey and has allowed me to wax nostalgically since returning.

My application to Fulbright would not have been nearly as polished and strong without Dean Elizabeth Vardaman, who works tirelessly to help Baylor students present their best face for national scholarships and in life.

Charles M. North, Ph.D., JD, associate professor of economics and associate director of the Baylor Business Fellows programs, Hankamer School of Business: Elizabeth is a true adventurer. She has challenged herself academically throughout her time at Baylor, studying business, economics, math and Middle Eastern studies - including learning Arabic. As a junior, she headed off by herself for a study abroad program in Istanbul and loved it so much she didn't really want to come back. It's great that she can head back to Turkey for another go-round.

I supervised Elizabeth's thesis, which examined the connection between religious affiliation and attitudes on trust, thrift, competition and confidence in government. The existing literature had suggested that Muslims were less trusting of others and more suspicious of competition and government than people affiliated with other religions. However, those earlier studies were done with data from mainly non-Muslim countries, so we suspected that the results could be reflecting the attitudes of a religious minority rather than something peculiar to Islam itself. Elizabeth was able to take advantage of a much larger survey - over 250,000 respondents in 87 countries around the world - that included more Muslims living in Muslim countries. What she found was surprising: Muslims don't have lower levels of trust, confidence in government or worse opinions of competition than Protestants and Catholics, so long as we control for other relevant factors (including the country where they reside - the basic idea is that an average Muslim in a particular country has no different attitudes toward trust, competition or government than an average Protestant or Catholic in the same country). These findings have important implications for the potential for economic growth in the Islamic world - specifically, that Islam itself is not the hurdle to modernization that many people think it is.

To accept the Fulbright to Turkey, Elizabeth is passing up beginning a Ph.D. in Economics at the University of Colorado. Fortunately, Colorado has agreed to defer her acceptance until after the Fulbright is completed. I expect that Elizabeth will end up someday living overseas, teaching economics and doing research on economic development in the Middle East.