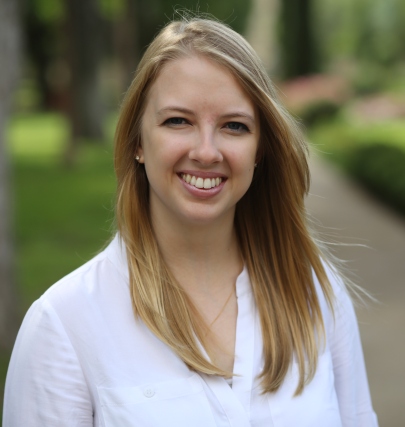 Baylor University senior Elisabeth A. Black of Dallas is one of five Baylor students and recent graduates who have been selected to receive the prestigious Fulbright Scholarship.

WACO, Texas (May 11, 2012) - Baylor University senior Elisabeth A. Black of Dallas is one of five Baylor students and recent graduates who have been selected to receive the prestigious Fulbright Scholarship. A Russian/International Studies major, Black received the Fulbright English Teaching Assistantship (ETA) and will spend the 2012-2013 academic year in Russia teaching English as a foreign language at either a high school or a university.

Baylor Media Communications recently conducted a Q&A with each of Baylor's most recent Fulbright recipients.

Baylor Media Communications: How did you find out that you had received a Fulbright?

Elisabeth A. Black: I received an e-mail from the Fulbright people and from Dean Elizabeth Vardaman. However, I had not checked my e-mails all day, nor listened to the excited voice messages on my phone about my receiving the Fulbright. Ironically, I had been helping moderate the weekly Baylor Russian Tea hour called Chashka Chaia, and I did not want to take any calls so as not to disrupt the conversations. So I did not hear that I had received the Fulbright until I had gotten home later that day.

Baylor Media Communications: Why did you decide to apply for the Fulbright?

Elisabeth A. Black: When I was freshman, I declared my majors to be Russian and International Studies. I was looking for scholarships and opportunities to get to Russia affordably when I found the Fulbright in my search. I decided to keep the Fulbright in mind for when I became a senior. I really wanted the Fulbright scholarship so that I could travel to Russia, not as a tourist or a worker, but as a student and a servant. I thought that going into Russia from that standpoint would increase my chances of building relationships with the Russian people, learning about their culture and sharing my culture and history.

To be a competitive applicant for the Fulbright, I took my Baylor Russian language courses seriously and even received a full-ride scholarship to Indiana University to study advanced Russian for a summer semester. I have written several research papers on political issues in Russia to enhance my knowledge of Russia's history and current events. I also founded the Baylor Russian Club with a former classmate. I took all the advice I could get from Dean Vardaman and my professors in order to prepare my Fulbright application.

Baylor Media Communications: Through the Fulbright English Teaching Assistantship (ETA), you will be teaching English in Russia?

Elisabeth A. Black: I will be teaching English as a foreign language in either a high school or a university. During my free time, I want to create a club for students learning English. I hope that a student club will help students learn about cultures where English is the main language by showing them movies, introducing them to authors and artists from English speaking countries, and by teaching them about culture and history, especially American. I want to change Russian students' perspectives of the United States in particular, and show them a culture beyond Hollywood or Washington D.C. I am even compiling an e-mail list of Baylor students who would want to be pen pals to my students in Russia so they could share their culture with American students and the perspective of the United States would not be completely from me. As an undergraduate at Baylor, I helped found the Baylor Russian Club which helps Baylor students learn more about Russian culture through media, literature, and food.

Baylor Media Communications: Why did you decide to come to Baylor for your undergraduate study?

Elisabeth A. Black: I decided to come to Baylor for undergraduate study because I wanted to be challenged academically and I wanted to go to a school where the professor-to-student ratio in the class was smaller than average. After all, building a good relationship with professors is important for many reasons and smaller class sizes help. Furthermore, the Baylor faculty is very hospitable to students and they want the students to succeed.

Baylor Media Communications: What are your plans after Baylor and after the Fulbright?

Elisabeth A. Black: After graduating from Baylor, I will be working this summer in Dallas to earn money to help with expenses that arise while I am in Russia on the Fulbright. After I complete my time in Russia with the Fulbright, I plan on going to graduate school to study foreign policy and diplomacy.

Baylor Media Communications: Who are some of the Baylor faculty members who helped you in your major, as well as your Fulbright application?

Elisabeth A. Black: I am very thankful for the Russian faculty who taught me everything I know about Russian language, literature and conversation, especially Dr. Michael Long, Dr. Adrienne Harris, and Professor Eva Hruska. Furthermore, I have these professors to thank for encouraging me to study advanced Russian at Indiana University for a semester where I studied under professors from St. Petersburg State University and Moscow State University.

I am also very thankful to Dean Elizabeth Vardaman and Dr. Kirsten Escobar (Office of National and International Scholarships at Baylor) who helped me with my Fulbright application and helped me be a strong applicant.

Adrienne M. Harris, Ph.D., assistant professor of Russian, department of modern foreign languages, Baylor College of Arts & Sciences: Liz has been a model student and an example for other students of Russian. She helped restart a long-dormant Russian club here at Baylor and now serves as the president. She has helped organize the hourly conversation hour and practices for the Modern Foreign Languages (MFL) singing competition Global BU Vision -- Russian won first place in the folk category this semester -- in part, because of Liz's hard work. I also really appreciate Liz's positive attitude and enthusiasm. I have no doubt that she will respond to any challenges with humor. She lovingly and good-naturedly accepts rare situations, like the three-day delay she experienced at the Moscow Sheremetryevo airport, that would drive many of us crazy. So, I am sure she will represent Baylor and the United States well and live each moment to its fullest while on her Fulbright to Russia. I could not be more proud of her, but we will miss her next year.

Linda S. Adams, Ph.D., professor of political science, department of political science, Baylor College of Arts & Sciences: Liz was a student in the fundamentals of international politics class I teach, and I am her advisor. Without a doubt, she is one of the brightest students I have had in my 20-plus years here at Baylor. She has a passion for Russia and a devotion to pursuing a career in international relations. I am not surprised that she was awarded a Fulbright and am delighted to learn she will be in Russia. I expect her to make a significant impact on others during her career and am honored to have been one of her professors.