Buddhists and Hindus Are On the Rise Nationally, Baylor University Professor Says 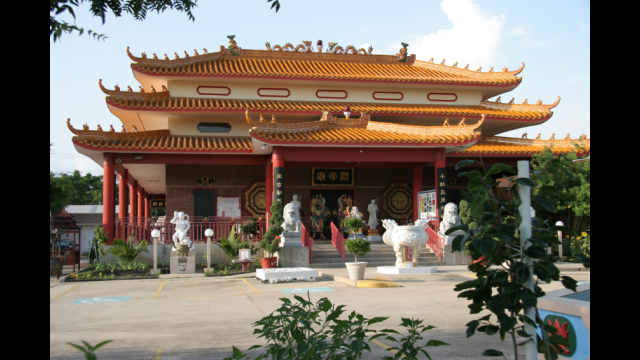 WACO, Texas (May 8, 2012) - Hindu and Buddhist groups have grown steadily in the United States since changes in immigration laws in 1965 and 1992, with particularly high concentrations in Texas, California, the New York Metropolitan Area, Illinois and Georgia, according to a Baylor University professor who helped compile the newly released 2010 U.S. Religion Census.

"Both Buddhists and Hindus, though still relatively small compared to the large Christian groups, have grown to the point that they are beginning to exert significant influence on the key issues that most affect their lives," said J. Gordon Melton, Ph.D., Distinguished Professor of American Religious History with the Institute for Studies of Religion at Baylor University, who was in charge of assembling the data on both groups.

The census, the most comprehensive statistical assessment of data from the 2,000-plus religious groups active in the United States, is made every 10 years by the Association of Statisticians of American Religious Bodies. http://www.rcms2010.org/press_release/ACP%2020120501.pdf —>

Both Hindus and Buddhists have temples in most states, and "the groups now regularly voice their opinions on U.S. relations with predominantly Hindu and Buddhist countries," Melton said. "Like the Muslim congregations, Hindus and Buddhists are found in every part of the country, but they are concentrated in the big cities and still have not begun to appear in the smaller cities and rural areas."

Another significant finding was that all areas of American religion have grown, although specific groups -- especially some of the larger Christian churches -- have declined or stagnated.

Southern Baptists, whose ranks grew spectacularly for a generation as it became a national organization, decreased dramatically since the year 2000. United Methodist and Evangelical Lutheran membership also decreased.

Both Muslims and Mormons (Latter-day Saints) showed dramatic increases in percentages, the former from both immigration and penetration of the African-American community, the latter from movement out of its base in the Mountain states to all parts of the country. Muslims are distinct as the majority are of Indo-Pakistani background, the second largest group being African-American, with Arab Americans a distinct minority. There are now some 6 million Mormons and 2.6 million Muslims in the country.

Other findings showed that traditional patterns continue. The Baptist Bible Belt remains across the South, the older Reformation Protestant churches are strongest across the Midwest, Latter-day Saints dominate in the Mountain West, and Roman Catholics dominate in the northeast and southwest, including the southern third of Texas.

Rodney Stark, Ph.D., Distinguished Professor of the Social Sciences and co-director of the Baylor Institute for Studies of Religion, said the census in unique in its attempt to: (1) gather data from participating churches on a congregation-by-congregation basis; (2) compute membership in churches (as opposed to religious preferences as measured in national polls); and (3) assess data at the state and county level.

� Detailed reports from more than 200 of the largest American denominations, including many that did not participate in the 2000 study.

� Most exhaustive count ever of independent, nondenominational Christian churches, including many of the new mega-churches, some on their way to becoming new denominations.

� First-ever counts of Buddhist and Hindu congregations/temples and adherents by tradition.

� Counts of Jewish congregations and adherents by tradition.

� More comprehensive coverage of Amish, Friends and other traditions.

Baylor University is a private Christian university and a nationally ranked research institution, characterized as having "high research activity" by the Carnegie Foundation for the Advancement of Teaching. The university provides a vibrant campus community for approximately 15,000 students by blending interdisciplinary research with an international reputation for educational excellence and a faculty commitment to teaching and scholarship. Chartered in 1845 by the Republic of Texas through efforts of Baptist pioneers, Baylor is the oldest continually operating university in Texas. Located in Waco, it welcomes students from all 50 states and more than 80 countries to study a broad range of degrees among its 11 nationally recognized academic divisions.