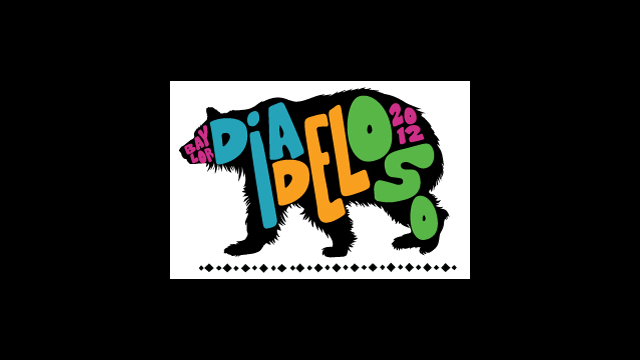 Waco, Texas (April 17, 2012) - Baylor University students, faculty and staff will take a one-day break from the spring semester to enjoy Diadeloso, or "Day of the Bear," during a full day of activities from 9 a.m. to 7:30 p.m. on Fountain Mall in the heart of Baylor's campus. Diadeloso events also are open to the community. The full schedule is available at www.baylor.edu/diadeloso.

The theme for the day, "A Reason to Celebrate," embodies the legacy of the 78-year tradition.

"Over the past academic year, Baylor University has accomplished many things worth celebrating, and Diadeloso will provide students, faculty, staff and the Waco community an opportunity to join together on this special day," said Bo Rose, Diadeloso chair for the Baylor Chamber of Commerce and a senior finance and economics major from Monahans, Texas. "By providing unique and distinctive program opportunities, Diadeloso 2012 will create an environment where new memories are made and friendships are strengthened."

Diadeloso 2012 will include family-friendly entertainment for all ages. Events include a music festival, headlined by pop-rock band Parachute, who will take the Fountain Mall stage at 6 p.m. Thursday.

The five-member group from Charlottesville, Va., has toured with Switchfoot, O.A.R., Three Doors Down, Secondhand Serenade, Michelle Branch, Safetysuit and the Goo Goo Dolls, and opened for Kelly Clarkson's national and international tours in 2009 and 2010. Parachute released their debut album, "Losing Sleep," in 2009, and followed up with 2011's "The Way It Was" on Mercury Records, with both albums including some of the band's best-known songs such as "Something to Believe In," "Kiss Me Slowly," "She Is Love" and "Forever and Always." Since their major label debut, the band has performed live on "Good Morning America," "The Early Show," "Jimmy Kimmel Live" and "The Tonight Show with Jay Leno." Additionally, Parachute has had songs placed on TV programs such as "The City," "One Tree Hill," "The Vampire Diaries" and "90210."

In addition to the music festival, Dia 2012 also will feature professional performers, athletic tournaments, a student organization carnival, food trucks from Waco and Austin offering distinctive lunch and dinner options, live entertainment and the Dia Queen competition. The Texas Camel Corps also will have camels on-site, with rides available in the afternoon.

Dia 2012 marks the return of an old-time Dia favorite - a comedic hypnotist show featuring Dr. Jon Taylor - where audience members will have the chance to participate in the act. The KamiKaze Fireflies, a fire comedic stunt team, will perform as well. Other performers taking the stage include Ty Mayfield, David Dulcie and The Ragtag Army, Savion Wright and the Soulful Sons, Baylor students and Uproar Records artists O, Loveland and Fifth & Fite.

Baylor students will compete in various athletic tournaments, including basketball, sand volleyball, ultimate frisbee, indoor soccer, campus golf and the all-time favorite tug-of-war. Student organizations will have carnival-type activities, including inflatables, a dunk tank, climbing wall and other games for participants to enjoy.

Diadeloso began in 1934 to "bring smiles to the faces of students" and has become a beloved tradition among the Baylor community. As the school year winds down and finals are drawing near, students take a break from their regular schedules to enjoy a day of celebration and simple fun. After being called "May Day", "Physical Fitness Day" and "All-University Day," students voted in 1966 to name the annual event "Diadeloso" or "The Day of the Bear."