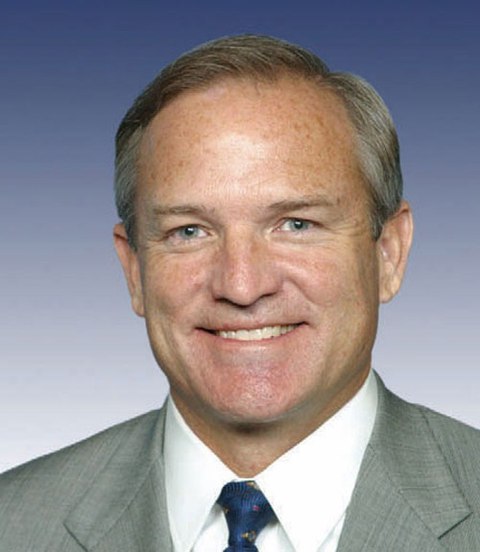 Waco, Texas (April 13, 2012) - Former U.S. Congressman Chet Edwards, The W.R. Poage Distinguished Chair for Public Service at Baylor University, will present his lecture "What's Wrong With Washington and Right With America?" at 4 p.m. Tuesday, April 17, in Bennett Auditorium on the Baylor campus. The event, which is free and open to the public, is W.R. Poage Legislative Library's 2012 Spring Lecture.

Edwards will discuss the current partisan tensions in Washington, D.C., the need to continue to work across the aisle and the great value of America as a place where divergent voices are able to be heard in an open public square, and where government is held in check by checks and balances, said Carl Flynn, director of communications and marketing for University Libraries and Information Technology Services at Baylor.

"I would say that students and others who attend Edwards' lecture will come away with a greater appreciation of our political process and will better understand the value of public service," Flynn said. "In addition, they will be able to not only hear from but interact with someone who dedicated many years to public service."

As Poage Distinguished Chair, a role which took effect Jan. 1, 2012, Edwards is in-residence at Baylor two weeks per semester. During his residency, he provides public and classroom lectures, primarily in the areas of political science and economics, and leadership development training through various programs in the Division of Student Life. The veteran public servant also leverages his experience in Washington, D.C., to host educational events in the nation's capital for Baylor students who participate in the university's longtime Washington Internship Program.

With an office in the W.R. Poage Legislative Library at Baylor, the former Congressman assists in processing the Edwards Archive, which consists of more than 200 linear feet of paper and substantial digital materials from his 20 years of public service. The collection is available to scholars and citizens interested in extending their understanding of legislative processes and political history.

Edwards graduated magna cum laude from Texas A&M University in 1974 with his B.A. in economics. Upon graduation, he received the Earl Rudder Award, given to two outstanding seniors. He worked for three years for Congressman Olin E. "Tiger" Teague, who was the most highly decorated World War II veteran in Congress and was known for 32 years as "Mr. Veteran" in Congress. At the age of 26, Edwards was encouraged by Congressman Teague to become his successor in 1978. Edwards narrowly lost in the Democratic primary to Phil Gramm and took the opportunity created by his defeat to earn an MBA from the Harvard Business School.

The annual W.R. Poage Spring Lecture was established in 2007 to bring notable speakers to the Baylor campus to present a lecture on a topic or publication related to the political process. Attendees include Baylor students, faculty and staff, as well as citizens from Waco and surrounding communities. Past speakers include: former Texas Lt. Gov. Ben Barnes; Dr. Max Sherman, Baylor alumnus and author of Barbara Jordan: Speaking the Truth with Eloquent Thunder; former U.S Ambassador Lyndon Olson Jr.; and Charlie Schnabel, chief of staff to Texas Congressman Charlie Wilson.

Following the lecture, a reception and an opportunity to visit with Edwards will be held in the foyer of Bennett Auditorium.

About the W.R. Poage Legislative Library

The W.R. Poage Legislative Library is part of Baylor University Libraries, functioning as a special collections library and research facility that collects congressional records and personal papers related to the political history of Texas and the United States. It was established in 1979 in honor of Congressman W.R. Poage, Baylor alumnus and retired public official whose career spanned more than 50 years.

The Poage Legislative Library currently houses the papers of 12 former members of Congress, nine Texas legislators and five judges. The Poage Library also houses many ancillary collections, including an extensive editorial cartoon collection, the papers of the late Texas Lt. Gov. Bob Bullock and records of the McLennan County Democratic Party. In addition, the library contains a map collection, a campaign materials collection and a 20,000-volume book collection focusing on Congress, political history and areas of public policy.

About the Baylor University Libraries

The Baylor University Libraries connect people with ideas in support of teaching, learning, scholarship and academic distinction through its Central Libraries and special collections libraries - Armstrong Browning Library, the Electronic Library, The Texas Collection and the W.R. Poage Legislative Library.