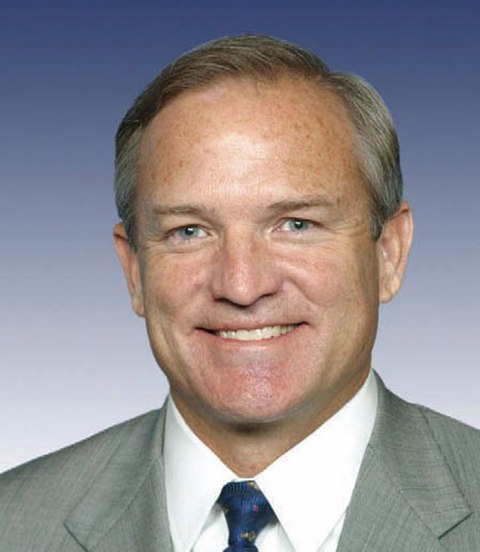 Elizabeth Davis, Ph.D., executive vice president and provost at Baylor University, has announced the appointment of former U.S. Congressman Chet Edwards as The W.R. Poage Distinguished Chair for Public Service. The veteran public servant will serve the university in a part-time capacity as he divides his time between commitments in Waco and Washington, D.C.

In his new role that officially took effect on Jan. 1, Edwards will be in-residence at Baylor two weeks per semester. During his residency, he will provide public and classroom lectures, primarily in the areas of political science and economics, and leadership development training through various programs in the Division of Student Life. He also will leverage his experience in Washington, D.C., to host educational events in the nation's capital for Baylor students who participate in the university's longtime Washington Internship Program.

With an office in the W.R. Poage Legislative Library at Baylor, the former Congressman will assist in processing the Edwards Archive, which consists of more than 200 linear feet of paper and substantial digital materials from his 20 years of public service. Once processed, the collection will be available to scholars and citizens interested in extending their understanding of legislative processes and political history.

"Congressman Edwards has demonstrated leadership for decades, representing Central Texans at the highest levels of government," Davis said. "We are grateful he is now here at Baylor University and look forward to his contributions to our public conversation, in the classroom and as we preserve his important legislative papers as part of our permanent research collection in our libraries."

"The Division of Student Life is pleased to welcome Congressman Edwards to Baylor University in his role as The W.R. Poage Distinguished Chair for Public Service," said Kevin P. Jackson, Ph.D., vice president for student life at Baylor. "Congressman Edwards will work alongside our students and help them identify and develop their unique talents, skills and abilities. He knows firsthand how teaching and mentoring relationships in college can shape a person's life--as it did for him resulting in a career in public service that spanned over 20 years. To have a person of his expertise and caliber available to our students provides a tremendous opportunity to enhance student leadership development and community service at Baylor--two components that are critical to our mission."

"It is a personal privilege to be able to teach and work with Baylor students and to do so in conjunction with the University's outstanding faculty," Edwards said. "I am deeply excited about this opportunity and humbled to hold a Chair named in honor of Congressman Bob Poage, who dedicated his life in distinguished service to Baylor, Central Texas, our state and nation."

In addition to assisting with his papers, Edwards will plan and facilitate forums to encourage community dialogue on political issues, deliver the spring lecture for the Poage Library and provide specialized programs that will benefit the educational experience of interns from the libraries and other departments, said Pattie Orr, vice president for information technology and dean of University Libraries.

"Congressman Edwards will be an excellent resource for faculty and students in this new role, and his assistance in processing his congressional papers will ensure both the depth and integrity of the collection as we preserve his archive for the use of future scholars and citizens," Orr said.

"The foundation of a research university is established, in part, by the quality of its research resources," Davis said. "The addition of the Edwards Archive to the Baylor University Libraries substantially bolsters our holdings in the areas of political science and legislative history. Welcoming Chet Edwards as Distinguished Chair for Public Service at Baylor will enrich our academic conversation, inspire our students and assure the quality of preservation of his materials."

While the Edwards Archive will take time to prepare for either scholarly research or public access, an online resource for this collection, located at www.baylor.edu/lib/edwards, will be launched in mid-January.

Congressman Chet Edwards represented portions of North Texas, Central Texas and the Brazos Valley in Washington, D.C., from 1990-2011. He served as a member on both the House Budget and the Appropriations Committees. He also served on the Financial Services Appropriations Subcommittee, as vice chair of the Energy and Water Appropriations Subcommittee, and co-chaired the House Army Caucus. While chair of the Military Construction and Veterans Affairs Appropriations Subcommittee, he authored a $17.7 billion increase in funding for veterans health care and benefits - the largest ever annual appropriation increase for veterans. In 2009, he authored and passed the John David Fry Scholarship law to provide a full college scholarship for every military child who has lost a parent in service to country since Sept. 11, 2001. He named the bill in honor of a Lorena, Texas native son, Gunnery Sgt. John David Fry, a father of three children who was killed in Iraq just one week before his planned return home in March of 2006.

Edwards also played a key role in enacting the 21st Century GI Bill of Rights into law that covers the full cost of a college education for U.S. troops. In 2008, both the American Legion and Veterans of Foreign Wars recognized Edwards' leadership with their national awards given to only one member of Congress.

During his 20-year tenure in Congress, including 14 years of seniority on the Appropriations Committee, Edwards assisted the local economy with federal investments in key education, health, transportation and water programs in his district, as well as for Fort Hood, the Central Texas Veterans' Health Care System, and university research programs at Baylor and Texas A&M.

Edwards' congressional career also was marked by significant work in the areas of nuclear non-proliferation, domestic security measures against global terrorism, strong stances against deficit spending and fighting for fiscal measures that benefited children, senior citizens and the middle class. He was honored with the T.B. Maston Christian Ethics Award in honor of his years of exemplary public service and with the Walter Cronkite Faith and Freedom Award from the Interfaith Alliance and the Barbara Jordan/Hatfield Courage Award from the Baptist Joint Committee for his defense of religious liberty. He gives credit to former Baylor President Herbert H. Reynolds for inspiring his commitment to the cause of religious liberty.

Edwards graduated magna cum laude from Texas A&M University in 1974 with his B.A. in economics. Upon graduation, he received the Earl Rudder Award, given to two outstanding seniors. He worked for three years for Congressman Olin E. "Tiger" Teague, who was the most highly decorated World War II veteran in Congress and was known for 32 years as "Mr. Veteran" in Congress. At the age of 26, Edwards was encouraged by Congressman Teague to become his successor in 1978. Edwards narrowly lost in the Democratic primary to Phil Gramm and took the opportunity created by his defeat to earn an MBA from the Harvard Business School.

In the 1980s, Edwards worked at the Trammell Crow Co. in commercial real estate. Additionally, he owned and was the president of Edwards Communications, a rural radio station in south Texas. From 1983 to 1989, Edwards served in the Texas Senate. As a Member of the Senate Education Committee, he played an active role in reducing class sizes in Texas' public schools and was named one of Ten Best Legislators by Texas Monthly magazine.

About the W.R. Poage Legislative Library

The W.R. Poage Legislative Library is part of Baylor University Libraries, functioning as a special collections library and research facility that collects congressional records and personal papers related to the political history of Texas and the United States. It was established in 1979 in honor of Congressman W.R. Poage, Baylor alumnus and retired public official whose career spanned more than 50 years.

The Poage Legislative Library currently houses the papers of 12 former members of Congress, nine Texas legislators and five judges. The Poage Library also houses many ancillary collections, including an extensive editorial cartoon collection, the papers of the late Texas Lt. Gov. Bob Bullock and records of the McLennan County Democratic Party. In addition, the library contains a map collection, a campaign materials collection and a 20,000-volume book collection focusing on Congress, political history and areas of public policy.

About the Baylor University Libraries

The Baylor University Libraries connect people with ideas in support of teaching, learning, scholarship and academic distinction through its Central Libraries and special collections libraries - Armstrong Browning Library, the Electronic Library, The Texas Collection and the W.R. Poage Legislative Library.