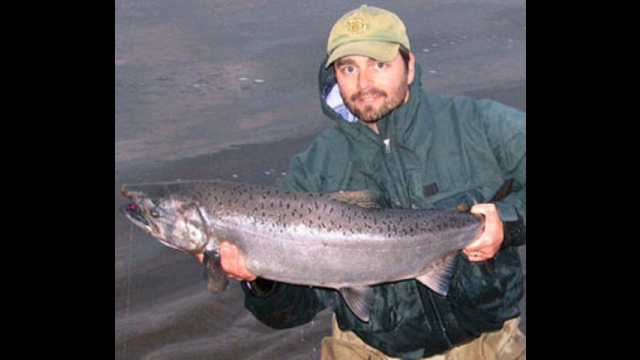 An article by Dr. Ryan S. King, associate professor of biology at Baylor University, has been selected and evaluated by the Faculty of 1000 (F1000), a database of more than 100,000 evaluations of the top 2 percent of published articles in biology and medicine.

"We studied the relationship between developed land cover, specifically impervious land cover associated with buildings, roads, etc., and diversity of species in streams throughout the state of Maryland," King said. "We used a large data base containing physical, chemical and biological data from nearly 2,000 streams."

King and his co-authors; Dr. Matthew E. Baker, assistant professor in the department of geography and environmental systems at the University of Maryland-Baltimore County; Paul F. Kazyak, program manager of the Maryland Department of Natural Resources' resource and assessment service; and Dr. Donald E. Weller, senior scientist at the Smithsonian Environmental Research Center in Edgewater, Md.; found that their approach revealed a consistent and strong pattern, King said.

"Using our new statistical method, TITAN, we found that numerous stream organisms sharply declined in abundance at levels no greater than 2 percent impervious cover, suggesting that relatively small amounts of development in these catchments was affecting water quality, habitat suitability and biodiversity in Maryland streams," King said. "This pattern of sharp, synchronous declines was observed throughout the state."

"The work advances our ability to explore ecological thresholds with some clever new analytical techniques and changes our ideas about the effects of urbanization, a dominant source of environmental change and impact, on stream communities," Groffman said in the evaluation.

Having his article recognized is a rewarding feeling, King said.

"It shows that at least one top scientist in my field recognizes the research as being important," King said. "Ultimately, the goal of every scientist is to make an impact their field, to influence the trajectory of the discipline in some way, however small."

A post-publication review service, F1000 and its faculty of more than 10,000 scientists and clinical researchers select, rate and evaluate articles in biology and medicine. Launched in 2002, it was conceived as a collaboration of just 1000 faculty members. On average, 1500 new evaluations are published each month, corresponding to 2 percent of all published articles in biology and medicine. King's article is available online to F1000 subscribers and possibly further evaluation by F1000 faculty.

King is principal investigator and director of the Baylor Experimental Aquatic Research facility at the Lake Waco Wetlands. He also is on the executive committee of the North American Benthological Society, a member of the Brazos River Basin and Bay Expert Science Team and a workgroup member of the Regional Technical Advisory Group for the U.S. Environmental Protection Agency Region 6.

The College of Arts & Sciences is Baylor University's oldest and largest academic division, consisting of 27 academic departments and 13 academic centers and institutes. The more than 5,000 courses taught in the College span topics from art and theatre to religion, philosophy, sociology and the natural sciences. Arts & Sciences faculty conduct important research around the world, and research on the undergraduate and graduate level is prevalent throughout all disciplines. Visit www.baylor.edu/artsandsciences .