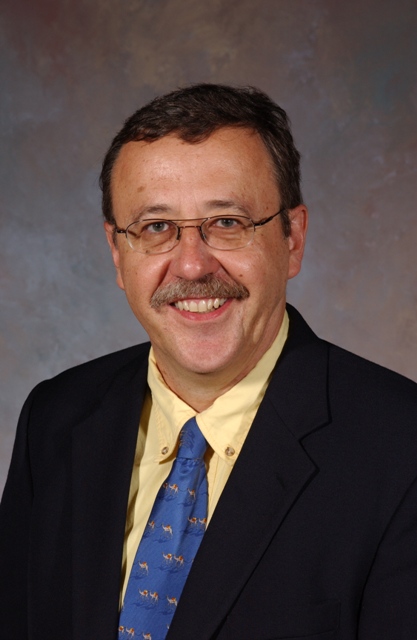 Dr. George W. Gawrych, associate professor of history at Baylor University, has been awarded a Fulbright Senior Researcher Scholar grant to do research in Turkey during the 2008-2009 academic year, according to the United States Department of State and the J. William Fulbright Foreign Scholarship Board.

"It is tremendous honor for me to receive this grant," Gawrych said. "I distinctly remember growing up with a great admiration for Senator Fulbright. He was one of my heroes in the political world, and I am thrilled to have this opportunity of working with scholars in Turkey while conducting the ten months of focused research."

Gawrych will conduct research on Mustafa Kemal Atatürk and the Turkish War of Independence from 1919-1923. He is uniquely positioned for this project after having taught military history of the modern Middle East for 19 years at the U.S. Army Command and General Staff College (Fort Leavenworth, Kan.) and the United States Military Academy (West Point). During this period, Gawrych slowly collected material on his current project.

In 1989, the Turkish Studies Association of North America granted Gawrych its Biennial Award for the Best Published Article in Turkish Studies for "Kemal Atatürk's Politico-Military Strategy in the Turkish War of Independence, 1919-1922: From Guerrilla Warfare to the Decisive Battle," published in the Journal of Strategic Studies. The Fulbright Senior Researcher Scholar grant will allow Gawrych to focus his energies on research in the archives, libraries and institutes of Ankara and Istanbul. He will also visit select battle sites.

Mustafa Kemal Atatürk (1881-1938) looms as one of the major political leaders of the 20th century. In 1923, he established the Turkish Republic, a secular nation-state that, among numerous reforms, gave women the right to vote in the 1934. Gawrych's project will fill a gap in Western literature by eventually publishing a book examining Atatürk's leadership in the Turkish War of Independence when he transitioned from a successful general in the Great War to a statesman who defeated Britain, France, Italy, Greece and Armenia in their attempts to partition Turkey after World War I.

The Fulbright Program, America's flagship international educational exchange program, is sponsored by the United States Department of State, Bureau of Educational and Cultural Affairs. Established in 1946 under legislation introduced by the late Senator J. William Fulbright of Arkansas, the Program's purpose is to build mutual understanding between the people of the United States and the rest of the world.

Recipients of Fulbright awards are selected on the basis of academic or professional achievement, as well as demonstrated leadership potential in their fields. Gawrych marks the fifth Baylor faculty member to receive a Fulbright award. Additionally, in the last 15 years, 18 Baylor students have received Fulbright scholarships.

For more information, please visit the U.S. Department of State Bureau of Educational and Cultural Affairs web site at http://exchanges.state.gov.