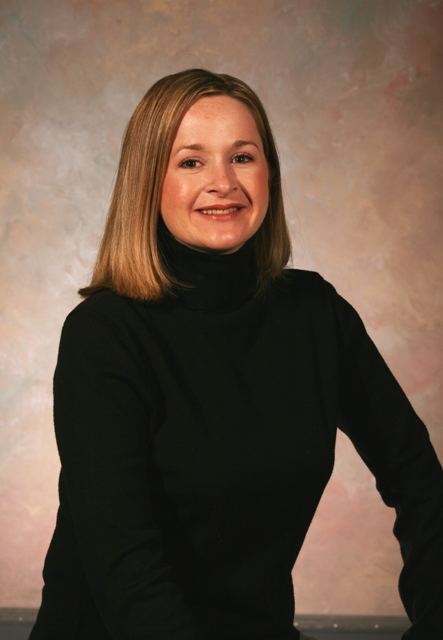 Dr. Sarah-Jane Murray is the first American to become a member of the CEMA at the Sorbonne.

Dr. Sarah-Jane Murray, assistant professor in the Great Texts program of the Honors College at Baylor University, has been elected to membership into one of the leading medieval research communities in French academia. She is the first member invited from outside the French-speaking world.

Earlier this year, Murray gave a guest lecture at the Sorbonne in Paris for the Centre d'Etudes du Moyen Age (CEMA) of the Sorbonne Nouvelle. At the end of her visit, she was invited to become a "membre associÃ©," or associated member. Several days later, Murray was informed that the committee had decided to extend her permanent member status and that she would be the first U.S. member. Currently, there are only 18 permanent members of the CEMA in the world.

"I was thrilled to be invited to give a guest lecture at the Sorbonne and spent a large part of my sabbatical working on it. I was praying that I would survive the talk and that it would be well received. Never did I imagine that I would be elected to the CEMA as a permanent (or even associate) member," Murray said.

"To receive a lecture invitation from the Sorbonne is, for a scholar in French literature, analogous to a professor of English literature, philosophy or Classics receiving an invitation to offer a prominent public lecture on his/her research at Oxford University; for Dr. Murray to be asked on the strength of that performance and the weight of her scholarship to become a 'membre permanent' of the CEMA research team is comparable to a scholar in philosophy or Classics being asked to become an adjunct professor at one of the most venerable and prestigious colleges in Oxford, with the rights and privileges attendant, and thence to work as a prominent member of a major project such as, say, a critical edition of the works of Anselm of Canterbury or Cicero. It is the sort of thing that rarely enough happens to a senior scholar of eminence coming from abroad; it is really an astonishing accomplishment for one so young as Dr. Murray," said Dr. David Jeffrey, distinguished professor in the Honors program.

"[Membership] marks not only the acceptance (and endorsement) of my research by a leading research community in France--quite possibly the leading one in my field--but also their eagerness to collaborate with me in the long term," Murray said.

In addition to the prestige of becoming the first American member, the benefits of induction into the CEMA are notable. Murray will be able to:
• present a lecture at the Sorbonne any time
• participate in some of the most important European research projects
• attend any seminar or conference held on site
• have access to the facilities, a library and a network of colleagues
• have a research affiliation with contemporary scholars she admired in graduate school

Some advantages for Baylor will include:
• classification alongside Murray as the first U.S. institution to have a member in the CEMA
• possibilities for exchange programs for students and scholars alike
• joint publishing opportunities for the Baylor Press and the Sorbonne Nouvelle Press
• long-term collaboration on research projects

"It's a pretty sturdy endorsement of the kind of work we're doing here," Murray said.

Imperative III of Baylor 2012, the university's 10-year vision, is to develop a world-class faculty. The document states that "Baylor will continue to recruit faculty from a variety of backgrounds capable of achieving the best of scholarship, both in teaching and research... A significant number of Baylor faculty will continue to be recognized as leaders in their respective disciplines and in productive, cutting-edge research."

Dr. Tom Hibbs, dean of the Honors College, believes that Murray is helping to fulfill that goal.

"It gives us pleasure to see our younger colleagues setting such a high standard of excellence in their scholarship as well as in teaching. In and out of the classroom, Dr. Murray exemplifies much of what the Honors College seeks to foster in our graduates, an accomplished group of whom have been her students. As the first ever U.S. member of the CEMA, Professor Murray will increase her international standing in the field of medieval French literature and bring attention to the fine work being done here in the Honors College at Baylor," Hibbs said.

Murray intends to work toward plans for long-term collaboration between Baylor and the CEMA.

"I envision strong links between Baylor and France that will permit us to understand more about medieval manuscripts and the evolution of medieval textuality," she said.

Murray said a member of the CEMA has taken interest in one of her current research endeavors, the Digby 23 project, an electronic archive devoted to the study of Oxford Bodleian MS Digby 23. It is a codex containing two works, copied during the 12th century and assembled at a later date: Plato's Timaeus in the Latin translation by Calcidius, and the Old French Chanson de Roland.

She also is involved in the Charrette Project, a complex, scholarly, multi-media electronic archive of ChrÃ©tien de Troyes's Le Chevalier de la Charrette, which she discusses in her forthcoming book, From Plato to Lancelot: A Preface to ChrÃ©tien de Troyes. She recently has ventured into research on medieval allegorizations of Ovid, exploring connections between the theological and philosophical context of the Ovide moralisÃ©.

Murray teaches several courses in the Great Texts program through the Honors College and in the French department. Two of her recent students have been named Fulbright scholars and another is a Marshall Scholarship recipient. This summer she will travel with the Baylor in Oxford program and teach a course about King Arthur.

At Baylor, she was awarded as an Outstanding Faculty Member in 2005, recognized for teaching by Phi Beta Kappa in 2006, given a Circle of Achievement award by the Mortar Board in 2005 and 2006 and is currently a faculty mentor in the Honors College Living and Learning Center.

Further information about Dr. Murray can be found through her web site: https://www3.baylor.edu/~SJ_Murray/.