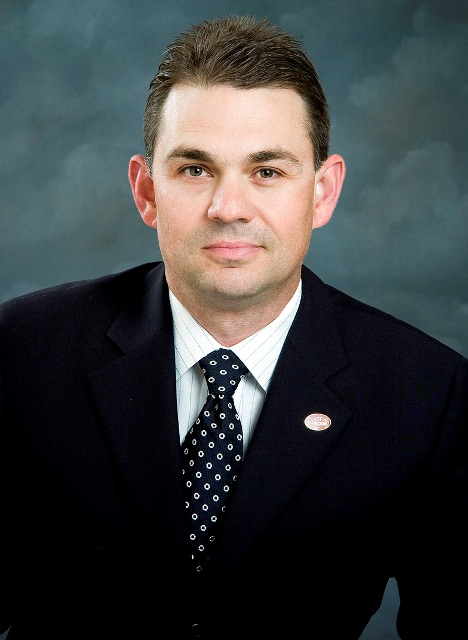 Baylor University President John M. Lilley announced today that the Board of Regents has unanimously approved the appointment of Dr. Dennis A. Prescott, as Baylor's vice president for development. Prescott, a native Texan, currently serves as vice president for external affairs for Mississippi State University and chief executive officer of the MSU Foundation. He will assume his position at Baylor on Jan. 8, 2007.

As Baylor's vice president for development, Prescott will be responsible for planning, organizing and implementing programs to secure financial resources for the university and will lead Baylor's forthcoming capital campaign. Lilley said that Prescott brings to Baylor a wealth of experience in all areas of fundraising.

"Dennis has a proven track record, having developed effective fundraising organizations and led successful development campaigns at several major universities," Lilley said. "I am impressed with the range of his experience, his commitment to his faith, and his passion for using the development function to significantly promote and contribute to the furtherance of Baylor University's mission and vision. With his leadership, I am confident we will make significant progress reaching the important fundraising goals of the 2012 initiative."

"As a lifelong admirer of Baylor University and everything it embodies, I'm honored to be named vice president for development," Prescott said. "I look forward to working with President Lilley, the Board of Regents and the entire Baylor family to achieve the imperatives outlined in Baylor 2012."

Since 1999, Prescott has led MSU's advancement programs including fundraising, alumni relations, and communications and marketing. As CEO of the Mississippi State University Foundation, he has guided fundraising and asset management services that support the university. As of this year, the foundation's assets totaled more than $300 million.

Under Prescott's leadership, MSU's fundraising goals have achieved unprecedented success, topping the $40 million mark for seven consecutive years, including two years of more than $50 million and two of more than $70 million. MSU's $74 million year included a cash commitment of $25 million, the largest gift in the university's history, which resulted in MSU's first named college, the James Worth Bagley College of Engineering. This most recent fundraising year was MSU's most successful yet, which saw the university raise more than $78 million. MSU's overall improvement in fundraising was recognized in 2003 by the Council for the Advancement and Support of Education, which presented the university with a CASE-Wealth ID Circle of Excellence Award.

MSU is currently conducting a $400 million capital campaign called "State of the Future." With more than $330 million committed by late 2006, the campaign stands to exceed its goal by the campaign's conclusion date of December 2008.

Prior to joining MSU, Prescott served in various development roles with the Texas A&M Foundation, including assistant vice president for development from 1998-99, director of major gifts from September 1995-98, and deputy director of the Texas A&M "Capturing the Spirit" Campaign from 1990-96. He also served as the foundation's director of donor relations from 1985-87 and as a research assistant from 1983-85.

As assistant vice president, Prescott worked closely with the president and senior vice president in setting and executing the fundraising policy for the Texas A&M Foundation. As major gifts director for the Texas A&M Foundation, Prescott assisted the senior vice president to create a climate conducive to major giving, working closely with each college and unit development director to plan strategic fundraising initiatives. As deputy director of A&M's "Capturing the Spirit" Campaign, Prescott was responsible for all aspects of the $500 million, university-wide major gifts effort that exceeded its goal 10 months ahead of schedule at a total of $637 million.

Prescott and his wife, Dr. Ruth Prescott, have a daughter, Samantha, 14. They are members of Crosspoint Baptist Church in Starkville, Miss.