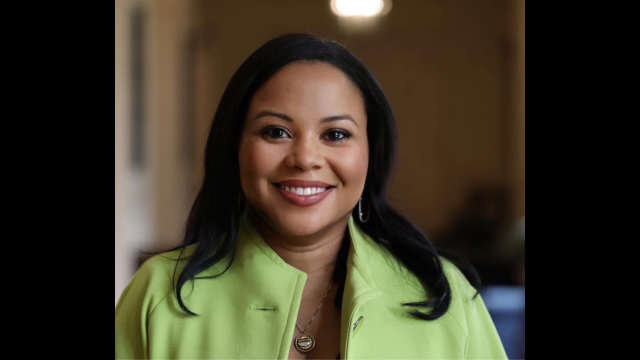 Mia Moody-Ramirez, Ph.D., professor and chair of journalism, public relations and new media at Baylor University, has been named the 2021 Cornelia Marschall Smith Professor of the Year.
Tweet
May 5, 2021

WACO, Texas (May 5, 2021) – Mia Moody-Ramirez, Ph.D., professor and chair of journalism, public relations and new media at Baylor University and a nationally recognized author and expert on race and culture, has been named the 2021 Cornelia Marschall Smith Professor of the Year.

"The Cornelia Marschall Smith Professor of the Year award is given to a professor who fosters a positive learning environment at Baylor through teaching, research and service. I am overjoyed that my colleagues saw fit to highlight my contributions to Baylor and to nominate me for this prestigious award. As we deal with social injustices and the pandemic, this is a monumental year to receive the award," Moody-Ramirez said.

"Dr. Cornelia Marschall Smith was a true trailblazer and a role model for women. It is a privilege to follow in her footsteps, to serve as chair of the department of journalism, public relations and new media and to join the ranks of Professors Tom Hanks, Ann Rushing, Kevin Pinney, Bob Darden, Andrea Dixon and so many others I have admired for years. I am looking forward to continuing to give back to the Baylor community," she said.

Nominations for the award come from all faculty, students and alumni, and Moody-Ramirez was chosen by a committee of four faculty members and the vice provost for faculty affairs. She received a commemorative plaque and a cash award of $20,000, and she will present a lecture on her chosen topic in the upcoming academic year.

As she accepted the award, Moody-Ramirez said she will use the full amount to set up an endowed scholarship for students in her department, particularly for those who are members of the National Association of Black Journalists, for which she serves as adviser.

"This award will enable me do even more for our students and enable me to do it a lot sooner," Moody-Ramirez said.

Moody-Ramirez's research emphasizes mass media representations of women, minorities and other underrepresented groups, and her expertise on these topics has been featured in local, national and international media outlets. In the classroom, she teaches courses in public relations, research methods, and gender, race and media studies.

Moody-Ramirez's published works include "From Blackface to Black Twitter: Reflections on Black Humor, Race, Politics & Gender," "Race, Gender, and Image Repair Theory: How Digital Media Change the Landscape," "Black and Mainstream Press’ Framing of Racial Profiling: A Historical Perspective" and "The Obamas and Mass Media: Race, Gender, Religion, and Politics." She has been published in several journals, including Public Relations Review, Journalism Educator and the Journal of Magazine & New Media Research. Her writing about media as an academic comes as a veteran of the media industry, having worked as a writer and columnist for the Waco Tribune-Herald and as an editor and publisher for two magazines and a publishing company.

Beyond her rigorous teaching, research and mentoring students, she is active in her church and community organizations and participates in numerous University activities and committees, including most recently as a member of the Committee on Historic Campus Representations. She also has served as an officer for three divisions of the Association for Education in Journalism and Mass Communication (AEJMC), was awarded the AEJMC's Lionel Barrow Jr. Award for Distinguished Achievement in Diversity Research and Education and was selected as one of nine fellows of the Institute for Diverse Leadership (IDL) in Journalism and Communication, also an AEJMC program.

Selection committee chair and Vice Provost James Bennighof, Ph.D., said Moody-Ramirez has achieved tremendous recognition from students and departmental peers in her teaching, research and service, which related to one another in a new and different way.

"I think it might be most revealing for us to observe how clearly Dr. Moody-Ramirez has been engaged in service through research and teaching," he said. "Perhaps of greatest note, our honoree’s research and writing have been very directly and overtly oriented toward clarifying for all of us issues and situations that strike at the very core of our relationships with one another. She has written or co-written four books and about 30 articles, with the most distinctive element of the work addressing the ways that race is and has been depicted for widespread audiences in the media. All of this should make clear how the excellent work of Dr. Moody-Ramirez is obviously and crucially relevant to issues that stare all of us in the face on a daily basis, and thus provide an incalculable service."