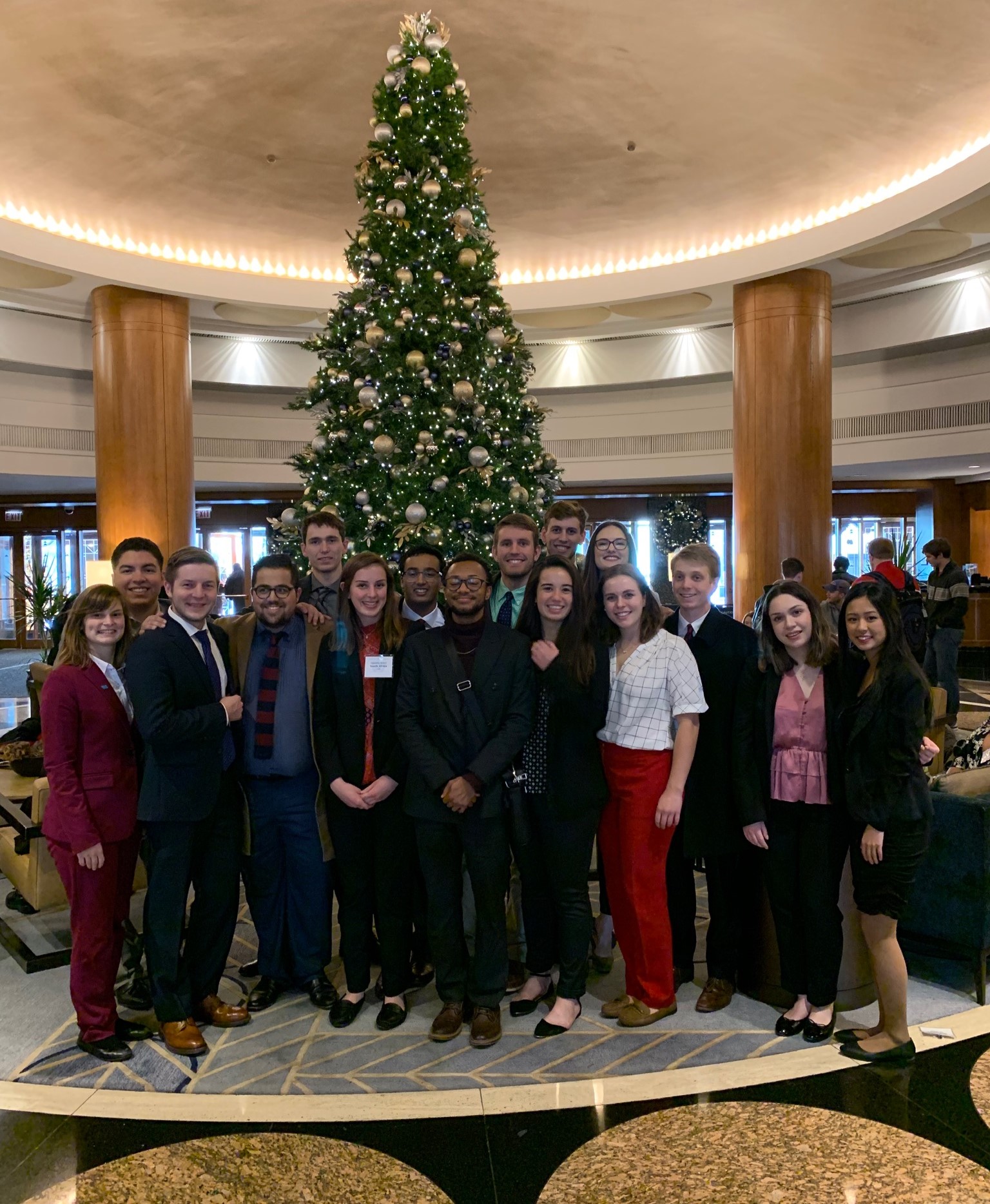 The AMUN conference brought together more than 1,300 students representing approximately 150 Member States in simulated UN committee sessions, where students take on the role of diplomats, debating about and writing resolutions devoted to reaching international consensus on some of the most pressing global problems.

“While the primary purpose of these conferences is educational, and the tone of Model UN conferences is intended to be collaborative rather than competitive, these awards are certainly to be celebrated. They mark our students’ excellent achievement in pursuit of these educational goals,” said Rebecca Flavin, Ph.D., senior lecturer of political science in Baylor’s College of Arts & Sciences and adviser to Baylor Model United Nations. “Model UN along with Baylor’s other celebrated experiential educational programs, such as Model Arab League, Model Organization of American States and Moot Court, provide valuable experiences that prepare our students to be leaders in their fields.”

Baylor students participated in eight committees at conference, researching and writing papers on a broad range of topics related to international security, human rights and sustainability, including:

In addition to work on these contemporary topics, Baylor students also participated in a select historical and special committee, exploring themes that included:

Baylor students receiving recognition as Outstanding Delegates in Committee at the conference were:

Along with the students named above, other members of the “Outstanding Delegation” representing South Africa included:

In addition to these awards, Bailey Craig, Baylor MUN’s Head Delegate, was elected President of the Commission of Inquiry for its hearing on East Timor. Craig, who represented South Africa in COI, said Model United Nations allows her to put into practice the leadership and speaking skills she has learned over the years.

“I get to research new topics and countries each semester, and I get to meet and work with people from different backgrounds who have different perspectives from my own. Each conference I get to grow as a person, and this year’s AMUN was no different,” Craig said.

“Model UN certainly demands that I draw upon the knowledge I have of international relations and politics, but it also demands that I draw upon the values of kindness, perseverance and consistency that Baylor fosters in its students,” Howell said. “There is truly nothing more rewarding than being able to work collaboratively with students from across the country to achieve a shared goal.”

“Model UN conferences help me learn how to think on the spot and teach me how to respond to situations that I hadn't planned for,” Hunt said. “I especially learned the importance of extemporaneous public speaking. It is easy to read prepared remarks from a page. It is completely different to be called upon and give a refined speech in front of a room of 200-300 people without having any written notes to read from.”

“Model UN provides a unique opportunity for students to practice engaging in constructive discussion about international issues. It has been a huge part of my life and helps me to step out of my comfort zone as a STEM major,” Torres said.

Support is provided by the department of political science and Baylor’s College of Arts & Sciences. To learn more about Baylor MUN and its activities, visit www.baylor.edu/modelun.