In Pursuit of the Traveling Salesman: Leading Mathematician to Speak about Famous Math Problem 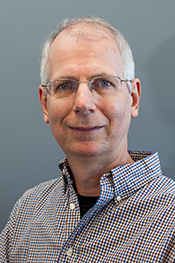 William Cook, Ph.D, one of the world's leading mathematicians and authorities on the Traveling Salesman Problem, will give a public lecture on the puzzling problem Nov. 15 at Baylor.

WACO, Texas (Nov. 14, 2018) - William Cook, Ph.D., professor of applied mathematics and statistics at Johns Hopkins University and a foremost mathematician and authority on the “Traveling Salesman Problem,” will give a public lecture on one of the world’s most intensely studied puzzles at the 11th annual Baylor University Undergraduate Lecture Series in Mathematics.

The lecture series brings to campus nationally and internationally recognized mathematicians who have a special penchant for teaching and explaining mathematics, said Lance Littlejohn, Ph.D., professor and chair of mathematics in Baylor’s College of Arts & Sciences.

“We are so fortunate to have Bill Cook, a member of the National Academy of Engineering, come to campus to speak for our Baylor Undergraduate Lecture Series in Mathematics,” Littlejohn said. “Bill is the world’s expert on the Traveling Salesman Problem (TSP), an optimization problem of great interest to both mathematicians and computer scientists because of its complexity. Bill’s lecture will discuss TSP and what is known – and not known – about the problem today.”

The problem is simple to state, Littlejohn said, but difficult to solve:

A salesman wishes to travel to N cities and return to his starting point. Which route should he take to minimize the distance traveled? For example, when N = 9, the number of possible routes is more than 180,000.

In his lecture, Cook will discuss the history, applications and computation of this fascinating problem.

“It is a real possibility that there may never exist an efficient method that is guaranteed to solve every instance of the problem,” Cook’s lecture abstract states. “This is a deep mathematical question: Is there an efficient solution method or not? The topic goes to the core of complexity theory concerning what computers can and cannot solve.”

For the stout-hearted who would like to tackle the problem, the Clay Mathematics Institute will hand over a $1 million prize to anyone who can either produce an efficient method or prove it cannot be done.

Cook was elected to the National Academy of Engineering in 2011. He became a fellow of the Society for Industrial and Applied Mathematics in 2009 and of the Institute for Operations Research and the Management Sciences (INFORMS) in 2010. In 2012, he became a fellow of the American Mathematical Society. He won the Beale-Orchard-Hays Prize from the Mathematical Programming Society in 2000, and his book, “The Traveling Salesman Problem: A Computational Study,” won the Frederick W. Lanchester Prize from INFORMS in 2007.

On Friday, Nov. 16, Cook will present at a mathematics department colloquium on “Attacking NP-hard Problems” at 4 p.m. in room 301 of Marrs McLean Science Building.

For more information about the Baylor University Undergraduate Lecture Series in Mathematics, contact the department of mathematics at 254-710-3561 or visit the math website at www.baylor.edu/math.