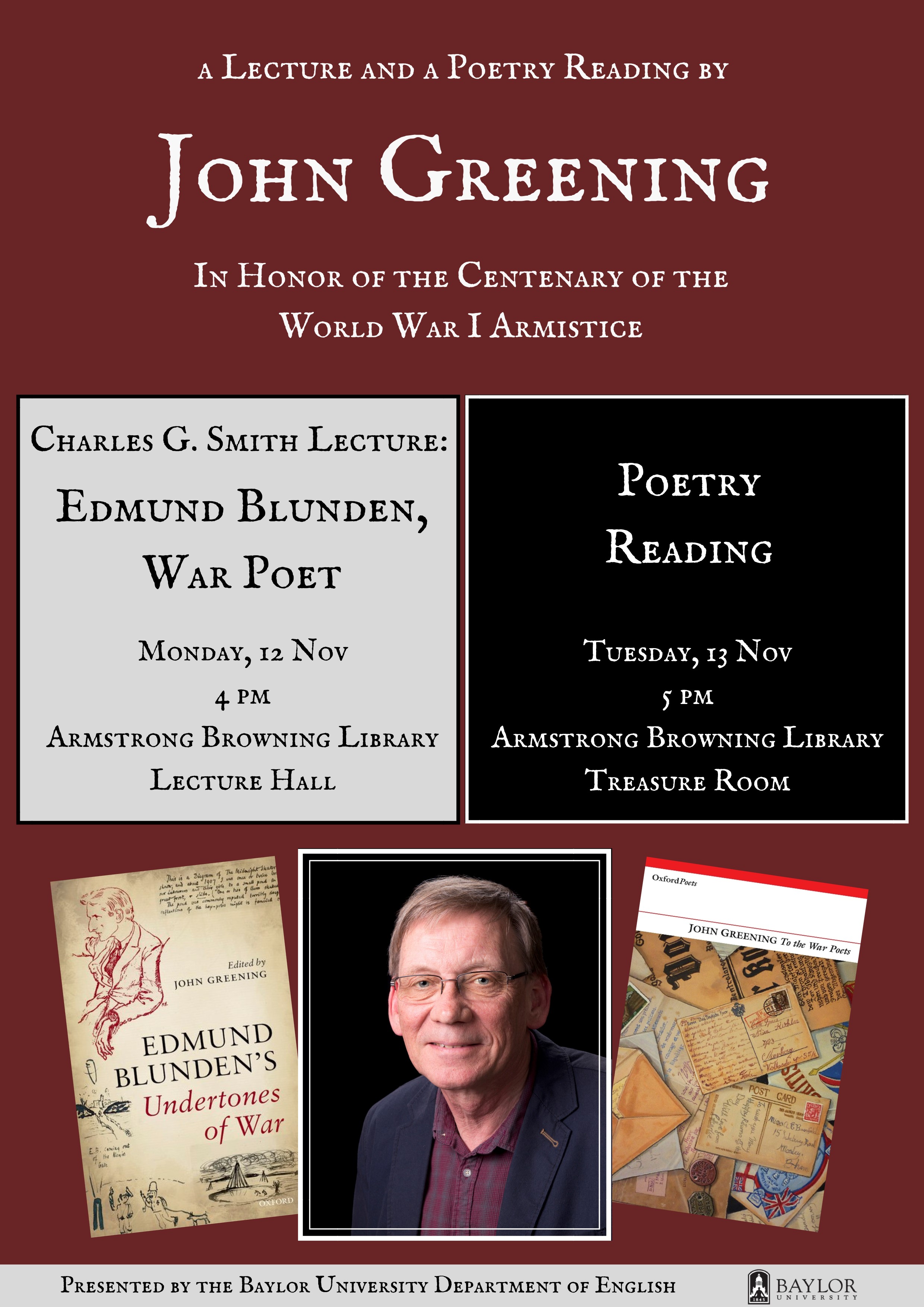 Greening is a published poet who has spent most of his adult life teaching in Scotland, the United States and Cambridgeshire. He worked for the musicologist Hans Keller at the BBC before becoming a teacher. In 2014, he became Royal Literary Fund Writing Fellow at Newnham College at the University of Cambridge. He now runs a Royal Literary Fund study group.

In 2008, he received the Cholmondeley Award for his contribution to poetry, and he has also won the Bridport Prize and the TLS Centenary Prize. Greening is the author of more than a dozen volumes of poetry and seven works of literary criticism; he has also written, produced and published several libretti and plays.

Greening’s lecture and poetry reading is in honor of the Centenary of the World War I Armistice.

“Edmund Blunden was a major 20th-century English poet,” said Kevin Gardner, Ph.D., professor and department chair of the department of English. “His memoir, Undertones of War, was published in 1928 but is still relevant today. It recounts the gut-wrenching experiences of WWI combat, with particular emphasis on the devastating battles of Somme, Ypres and Passchendaele. It provides a first-person account of trench warfare, as well as a poet’s perspective on war.”

The Charles G. Smith Lecture is an annual lecture named in honor of former English professor Charles G. Smith, Ph.D. It is the major endowed lecture in Baylor’s English department each year.

“I had the pleasure of meeting John Greening in person two years ago in Cambridge,” Gardner said. “I was therefore delighted to be able to invite him to speak at Baylor while he was in the U.S. He is an accomplished speaker, and his lecture is sure to be compelling and fascinating.”

The event is free and open to the public.