New National Research from Baylor Religion Survey about Values, Mental Health and Technology Will Be Presented to the Religion Newswriters Association Sept. 7-9 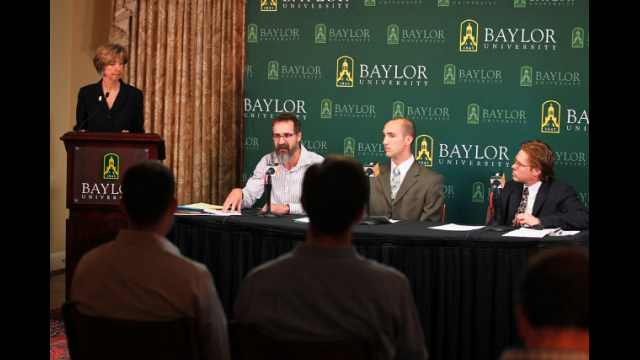 WACO, Texas (July 12, 2017) — The fifth wave of the Baylor Religion Survey — “American Values, Mental Health, and Using Technology in the Age of Trump” — will be presented by Baylor sociologists at the Religion Newswriters Association annual conference Sept. 7-9 in Nashville, Tenn.

Issues examined in the latest wave include four key areas:

“We collected our data during the first few months of the Trump Presidency. This was an ideal time to capture the uneasy tenor of American public opinion, especially with regards to the intersection of religion, politics and mental health,” said Paul Froese, Ph.D., professor of sociology in Baylor’s College of Arts & Sciences and director of Baylor Religion Surveys.

“Today, divisions in the American public are stark, and we can trace many of our deep differences to how people understand traditional morality, theology and the religious purpose of our nation,” Froese said.

Data analyzed in this wave was gathered from a sample of 1,501 respondents.

The Baylor Religion Survey, an extensive study of religion conducted into American religious attitudes, behaviors and beliefs, was initiated in 2005 by researchers from Baylor’s department of sociology and Institute for Studies of Religion (ISR), with initial funding from the John Templeton Foundation and a partnership with the Gallup Organization.

Researchers have studied several hot-button issues within America’s religious landscape, among them the significance of religion in America, the supersizing of faith at America's megachurches, religious and paranormal beliefs, the link between religion and physical and mental health and religion's impact on work and entrepreneurship.

Baylor researchers who have participated in the survey since its beginning include faculty members in the department of sociology in the College of Arts and Sciences, Hankamer School of Business and ISR.

Fifteen Baylor sociologists participated in the latest wave of the study.