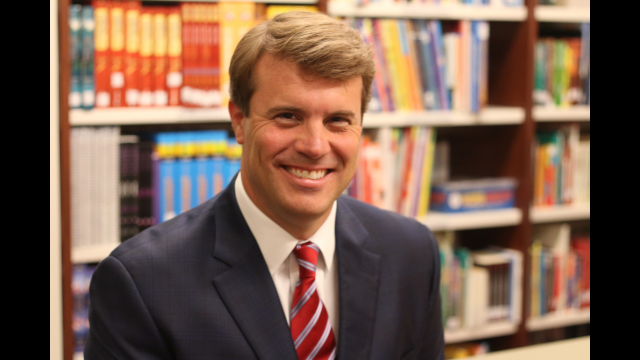 McLendon has served as dean of Baylor’s School of Education since July 2015, while also holding a faculty appointment as the Fred and Edith Hale Endowed Professor in Higher Education Leadership and Policy.

McLendon has been recognized as one of the nation’s leading university-based academics whose research contributes most substantially to public debates around education in the United States. He regularly advises governors, legislatures and national and state organizations on topics ranging from governance and college costs to ways of improving student success, financial sustainability and institutional effectiveness in higher education.

“We are blessed to have such a noted higher education scholar on the Baylor campus who can immediately step in and serve the University as interim provost during this important time of transition,” Livingstone said. “Dr. McLendon fully understands the role of the provost, as his scholarly work has focused extensively on postsecondary governance, finance and policy. His knowledge of and familiarity with Baylor, as an undergraduate and dean, are certainly an added benefit.”

Before coming to Baylor in 2015, McLendon held the Harold and Annette Simmons Endowed Centennial Chair and served as the academic associate dean at Southern Methodist University’s Simmons School of Education and Human Development. Previously, he was the executive associate dean, undergraduate dean and chief of staff at Vanderbilt University’s Peabody College of Education and Human Development, where he served for 13 years as a professor of public policy and higher education.

“I am thrilled and humbled by President Livingstone’s invitation to serve as interim provost at this time of new beginnings in the life of the University we cherish,” McLendon said. “My experience as an undergraduate at Baylor transformed my life, putting my feet on a path toward the study of and service to universities. Some 30 years later, I’m honored to partner with President Livingstone and her senior leadership team in cultivating an environment at Baylor that supports our continued progress toward being a top-tier research institution and one that promotes academic excellence and faith development at the highest levels.”

Livingstone indicated that she will continue listening sessions with Baylor’s academic community and administrators into the fall semester to develop a profile for the permanent provost position. The president plans to constitute a search committee and engage an external firm later in the fall to commence a national search.

An interim dean for Baylor’s School of Education will be named in the near future.