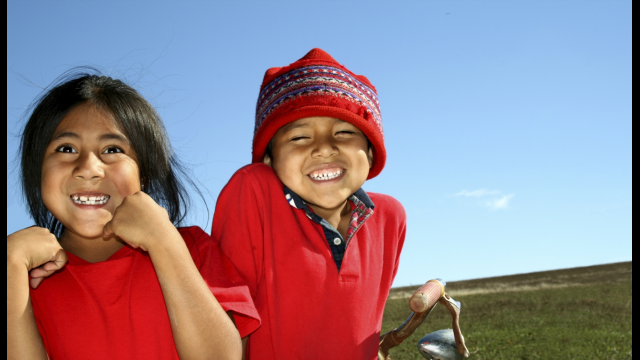 WACO, Texas (Feb. 20, 2013) --Obesity, diabetes and other ailments plague impoverished communities at higher rates than the general United States population. In rural Texas border towns, or colonias, Mexican-American residents are at an even greater risk for chronic health problems.

Physical activity has shown to reduce the risks for chronic health problems, but "few Mexican-American and lower-income Americans, including children, engage in physical activity that bring about health benefits," according to a study conducted by Baylor University and Texas A&M University researchers.

"Mexican-American adults and children, especially those living in colonias and other new-destination immigrant communities, are at an escalated risk of being diagnosed with diabetes, obesity, hypertension and high cholesterol," said Renee Umstattd Meyer, Ph.D., assistant professor of health, human performance and recreation at Baylor and lead author of the study. "Through our study, we were able to examine and better understand real and perceived barriers, resources and opportunities for physical activity in these communities."

As part of the study, data collectors conducted face to face interviews in Spanish with 94 mothers and their children, ages 6 to 11, in colonias in Hidalgo County, Texas.

The findings show that in these neighborhoods there is a lack of traffic lights, limited recreation facilities and parks, traffic and graffiti ¬¬that can hinder physical activity whereas access to yards and outdoor patio spaces in these neighborhoods could lead to physical activity. The greatest barrier to activity was unleashed dogs on the street, which affected girls more than boys. Additionally, boys more so than girls reported lack of time as a factor in not being physically active.

There were also significant differences based on country of birth.

Schools also have a significant impact on physical activity. More than 73 percent of children and mothers view schools as the main location for physical activity in their community with home being second. Other community amenities are factors as well.

"Parks and churches are environmental structures that support physical activity. However, a limited number of parks were documented within or near the colonias, and more than 42 percent of children reported not having a park as a barrier to activity," Umstattd Meyer said.

Learning more about the community's contributing factors to physical activity can lay the groundwork for creating fitness and wellness initiatives targeted to the needs of the community.

"These findings will help us be more effective when designing and implementing future initiatives aimed to improve the health of Mexican-American families," Umstattd Meyer said. "Additionally, our research can help guide decisions about resource allocation within colonias and other immigrant communities to increase parks, playgrounds and access to school grounds."

Other contributors to the study include: Megan Patterson of Baylor University; Joseph Sharkey of Texas A&M and Wesley Dean of Texas A&M.