Companies May Overreact When Confronted by Activists, According to Baylor Study 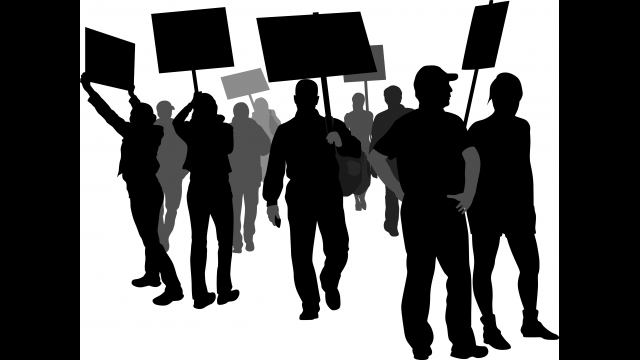 WACO, Texas (Feb. 14, 2013) - Companies may overreact to social or environmental activists protesting their business practices, according to a Baylor University article in the Academy of Management Review. The article examined why some firms are more likely to change such practices than others, as well as whether and how targeted firms and other industry members will change.

Although activists like Greenpeace, RAN, and PETA have successfully changed corporate practices in diverse industries (e.g., home-improvement retail, fast food, home-building, and clothing production), these organizations do so without significantly impacting their corporate targets' operations, according to Theodore L. Waldron, Ph.D., assistant professor of management and entrepreneurship at Baylor University's Hankamer School of Business and co-author of the study.

"Targeted companies are not losing consumers, suppliers, or other transaction partners in large numbers," Waldron said. "So the question is, what do executives fundamentally consider when they are deciding how to deal with activists?"

A large part of what activists do is to try to harm their targets' reputations by publicly portraying those companies in a negative, morally problematic light. The reason is simple, said Waldron. Activists hope that embarrassing the biggest companies in an industry will turn away those firms' important stakeholders, ultimately pressuring them to change in desired ways and thus prompting other industry members to imitate their peers.

The reality of firms' reactiveness to activism is somewhat more complex. "We suggest that although activists' efforts are extremely visible, their publicity campaigns have little--if any impact--on the majority of their targets' key stakeholders," Waldron said. "Interestingly, this 'noise' might cause company executives to overestimate the impact of the campaign on their operations, and as a result, to respond more willingly to activists' demands. As a result, we are starting to see more of these companies accommodate activists' demands, even in the absence of any noteworthy financial or operational impact."

The paper also reports that when targeted companies do respond to activism, the nature of the responses can depend on fundamental beliefs about business espoused by those firms' decision-makers. On one hand, company executives concerned with the fiscal bottom line are more likely to string activists along by simply promising to change. But in reality, this reaction is little more than lip service, or "greenwashing" and leads to sustained pressure from the activists.

VIDEO: Theodore L. Waldron, Ph.D. on why companies may want to work with activists.


"On the other hand, if companies' executives want to do 'the right thing' while making money, they are more likely to respond in a serious fashion and maybe even implement changes that go beyond what the activists want from them," Waldron continued.

Activists' objectives, however, are often much grander than simply getting a few big players in an industry to change their objectionable practices. Namely, they want similar change to spread throughout the industry, and contrary to popular belief, other industry members do not always just "follow the leader" in such scenarios.

Waldron reports that activists' pressure on targeted firms generates attention from other firms in the industry, forcing these 'non-targets' to rely on the nature of their targeted peers' reactions when deciding if they should ignore, imitate, or exceed such reactions. In other words, non-targets adopt a 'wait-and-see' approach for dealing with activism against prominent members of their industry.

For their part, activists seem to select corporate targets based mainly on the their size and visibility, rather than their fundamental beliefs and values. An important lesson for activists is that by pursuing companies with deep moral convictions, such organizations have a better chance of getting the company's attention and encouraging them to change in serious ways. Corporate executives with such values intrinsically care about how their firms operate, not just how much their firms make, and consequently are more likely to work with activists, according to Waldron.

On the corporate side, firms can alter or eliminate potentially contestable practices to reduce unfavorable attention from activists, and in the process, to generate competitive benefits. Another is to promote distinct, contestable organizational practices as generic practices common to many industry members.

"Doing so may shift the burden of activist campaigns from individual firms to a broader array of industry members and lessen the relative impact of such threats on any given company," said Waldron. "Finally, firms can welcome activists' input about how to reduce the contentiousness of their practices, which may in turn reduce the potential for future protests."

The consumer also plays an important role in the dynamic between companies and activists.

"A growing number of people want products that are produced in a socially responsible manner," Waldron said. "Companies can play on that consumer desire and be a kinder, more compassionate kind of business and may increase their revenue in the process. Activists can use those messages when they vilify companies, because it is inconsistent with society's values."

Baylor University's Hankamer School of Business provides a rigorous academic experience, consisting of classroom and hands-on learning, guided by Christian commitment and a global perspective. Recognized nationally for several programs, including Entrepreneurship and Accounting, the school offers 24 undergraduate and 13 graduate areas of study. Visit www.baylor.edu/business and follow on Twitter at twitter.com/Baylor_Business