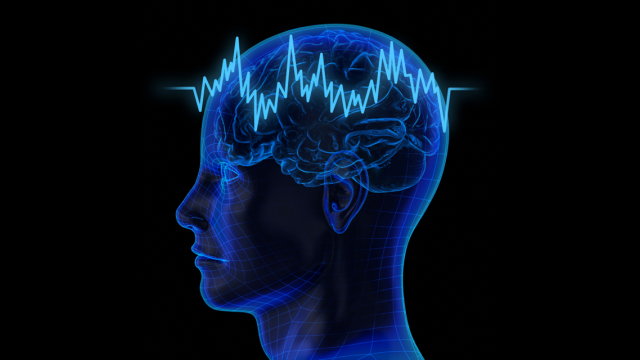 Research on memory and learning in mice may give clues on rehabilitating people with neurological damage. Credit: istockphoto
Tweet
April 25, 2012

WACO, Texas (April 25, 2012) --The ability to navigate using spatial cues was impaired in mice whose brains were minus a channel that delivers potassium -- a finding that may have implications for humans with damage to the hippocampus, a brain structure critical to memory and learning, according to a Baylor University researcher.

Mice missing the channel also showed diminished learning ability in an experiment dealing with fear conditioning, said Joaquin Lugo, Ph.D., the lead author in the study and an assistant professor of psychology and neuroscience in Baylor University's College of Arts & Sciences.

"By targeting chemical pathways that alter those potassium channels, we may eventually be able to apply the findings to humans and reverse some of the cognitive deficits in people with epilepsy and other neurological disorders," Lugo said.

The research was done in Baylor College of Medicine Intellectual and Developmental Disabilities Research Center Mouse Neurobehavior Core in Houston during Lugo's time as a researcher there.

The channel, called Kv4.2, delivers potassium, which aids neuron function in the brain's hippocampus. The hippocampus forms memory for long-term storage in the brain. Potassium also helps to regulate excitability.

Individuals who have epilepsy sometimes exhibit altered or missing Kv.4.2 channels or similar types of channels.

In the experiment investigating navigation, "knockout" mice -- those without the channel -- were tested in a water maze four feet in diameter and 12 inches deep, with eight trials daily -- each lasting about a minute -- over four days, he said. Their performance was compared with that of normal mice.

Both groups responded to visual cues -- colored symbols -- in learning their way around the maze, but the knockout mice did not respond as well as the normal mice in terms of spatial cues -- hidden platforms in the water.

"When the mice don't have this channel, it hurts their ability to learn," Lugo said.

In a separate experiment examining fear conditioning, both knockout mice and normal mice were placed in a cage, and researchers sounded a tone before giving the mice a mild electric shock. In repeated trials, both groups began to freeze upon hearing the tone as they anticipated a shock. But the normal mice also reacted to the context -- being placed in the cage -- while the mice who did not have the Kv4.2 channel reacted only to the tone.

The research was funded by the Epilepsy Foundation and the National Institutes of Health.

Baylor University is a private Christian university and a nationally ranked research institution, classified as such with "high research activity" by the Carnegie Foundation for the Advancement of Teaching. The university provides a vibrant campus community for approximately 15,000 students by blending interdisciplinary research with an international reputation for educational excellence and a faculty commitment to teaching and scholarship. Chartered in 1845 by the Republic of Texas through the efforts of Baptist pioneers, Baylor is the oldest continually operating university in Texas. Located in Waco, Baylor welcomes students from all 50 states and more than 80 countries to study a range of degrees among its 11 nationally recognized academic divisions.