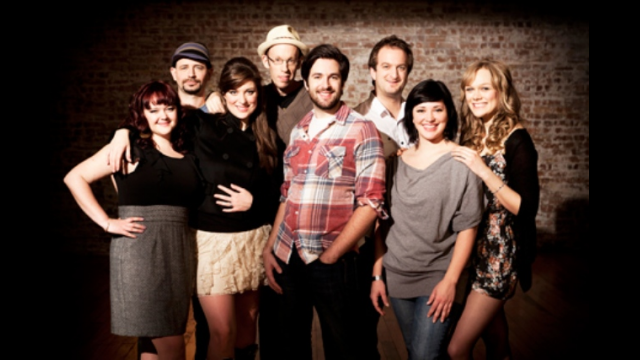 A cappella group the Swingle Singers will perform as a part of the Distinguished Artist Series, the Baylor School of Music's premier guest artist event, at 7:30 p.m. Monday, March 26, in Jones Concert Hall of Glennis McCrary Music Building on the Baylor University campus.

The Swingle Singers began in 1962 when eight Paris-based jazz session singers were working their way through some Bach keyboard repertoire one day and discovered a natural swing to the music. Without changing a note of the original score, they adapted the music for voice, added a rhythm section and persuaded Philips record company to record it for them as Christmas present for family and friends. But the 1963 album "Jazz Sebastien Bach" amounted to much more than that. It reached No.1 in the charts and won several Grammy awards.

Since the album's release, the Swingle Singers have performed on the world's most famous stages, sustaining more than four decades at a level of popularity well beyond the dreams of its founder, American-born Ward Swingle. The current London-based line-up of singers is several incarnations of "Swingles" older than the original team.

The group offers a variety of shows, from the current a cappella program, "Snapshots," to contemporary opera to light orchestral works. Along with the repertoire, the stage show has grown into a full-blown lights-and-choreography show over the years. But, however the group has changed, the sound remains that of the original Swingle Singers.

Tickets are $15 and can be purchased online through the Baylor School of Music ticket office.