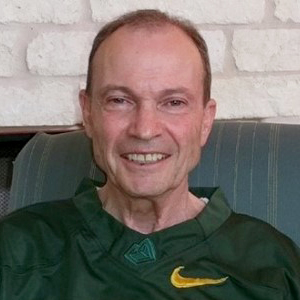 This year, we are delighted to celebrate the 70th birthday of Professor Johnny Henderson and all that he has meant to our department. Johnny was born on March 26, 1951 in Santa Monica, CA and grew up in Arkansas. He earned B.S. and M.S. degrees from the University of Arkansas in 1973 and 1975, respectively, before taking a teaching position at the University of Arkansas-Monticello. There he realized the immediate and profound impact that he could make on students through his teaching.

“I would sometimes visit the library and thumb through one of the few mathematics journals there and wonder how a person did the original research in those articles,” Henderson said. “I decided to attempt doctoral study in mathematics. I knew it would be a difficult journey, and I had no feel for its outcome.”

So, in 1977, he, his wife Darlene, and young daughter Kathy moved to the University of Nebraska to begin Ph.D. work. Although he had already learned under great teachers, at Nebraska he encountered several professors that would influence him the most in the years to come. For example, Johnny is famous for his research seminars used to train so many graduate students, but he credits an excellent mentor for teaching by example.

“Allan Peterson – who never left out a detail in his seminar lectures and who by example showed me how to be the coordinator of a seminar… I to this day try to emulate the Peterson style of seminar in my own seminars.”

Johnny completed his Ph.D. under Lloyd Jackson in 1981 and then took a faculty position at the University of Missouri-Rolla. In 1984, he moved to Auburn University serving as Alumni Endowed Chair for 5 years and later as the Scharnagel Endowed Professor. In 2002, Johnny moved to Baylor as Distinguished Professor to help develop a new Ph.D. program in mathematics.

Johnny’s research accomplishments are simply outstanding. He is a prolific writer in differential equations and nonlinear analysis, with more than 600 refereed publications with 150 collaborators. More recently, he has turned to compiling his encyclopedic contributions into 10 research monographs. His writing prominently displays his contributions across many subfields, including functional differential equations, impulsive differential inclusions, fractional differential and integral equations, topological methods for differential inclusions, difference equations, and dynamic equations on time scales. His work has been cited more than 5000 times. In 2013, Johnny was selected in the first ever class of Fellows of the American Mathematical Society.

As expansive and impressive as his research accomplishments, Johnny may very well have made an even greater impact as a teacher over the years. To date, he has directed 27 Ph.D. dissertations and 17 Master’s theses and served on too many graduate committees to count. He has earned the Mathematical Association of America’s Southeastern Sectional Award for Distinguished Teaching, and in 2016 was honored to receive the Cornelia Marschall Smith Professor of the Year Award from Baylor with a prize of $20,000.

With such research credentials and history of mentoring graduate students, it is easy to think that his transformative teaching has mainly been at the graduate level, but Johnny’s influence on generations of undergraduates may end up being even greater. Whether he is teaching a graduate course on boundary value problems or a sophomore level course on ordinary differential equations, his reputation precedes him: if you want a seat in one of his sections, you better register extremely early because his classes fill immediately. Year after year, students at all levels are quick to point to his humility, generosity of spirit, encouragement, and perhaps most importantly, his genuine care for each of them as individuals, regardless of where they are on their academic journey.

Former chair, Lance Littlejohn, who nominated Johnny for the Cornelia Marschall Smith Award, noted, “Johnny is adored by his students. As good as he is at research, and as impossible as this may sound, he just might be a better teacher,” Littlejohn said. “Students are his life blood. And Johnny does not say goodbye to his students at the end of a semester. In many cases, the end of the semester marks the beginning of a long-lasting relationship with his students; indeed, hundreds of Johnny’s students have stayed in touch with him long after they graduated from college.”

Johnny is well-known amongst his students for his dry humor, such as always choosing the seemingly random “52” whenever he needs a number or the value of a constant for an example. Everyone always looks around quizzically, “Why does he always pick 52? What’s special about 52?” (You’ll have to ask Johnny to find out.) Whenever he makes an error during lecture, he doesn’t shy away from it—often purposefully making them early in the semester, so he can tell them to pull out their giant erasers, which he calls Hershey bars due to their size and shape, and “We just Hershey bar out the mistake… it’ll all be ok!” This wit and reassuring charm have endeared him to generations of students. In fact, at the end of a recent semester, his differential equations class surprised Johnny by presenting him with the very purposefully personalized Baylor Bears jersey shown below! 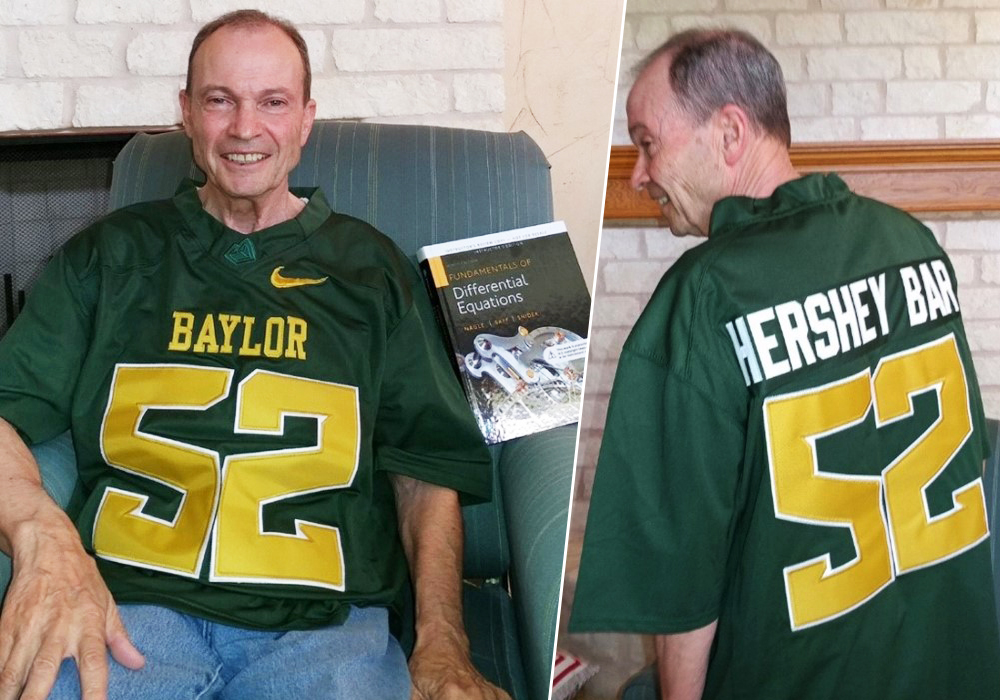 Johnny’s impact both in research and teaching as well as service to the department, university, and mathematical community have been profound. He has certainly been a tremendous, singular influence in my life—both personally and professionally—and for that I am so very grateful. Speaking for all those generations of students, we are honored to have been taught by Johnny Henderson as we celebrate him on the occasion of his 70th birthday.