Professor David Bressoud was the fourth speaker in the Baylor Undergraduate Lecture Series in Mathematics at Baylor from October 5-8, 2011. The titles of his two lectures were Calculus in High School: Too much of a good thing? and Proofs and Confirmations: The Story of the Alternating Sign Matrix Conjecture. Abstracts of both lectures are below. 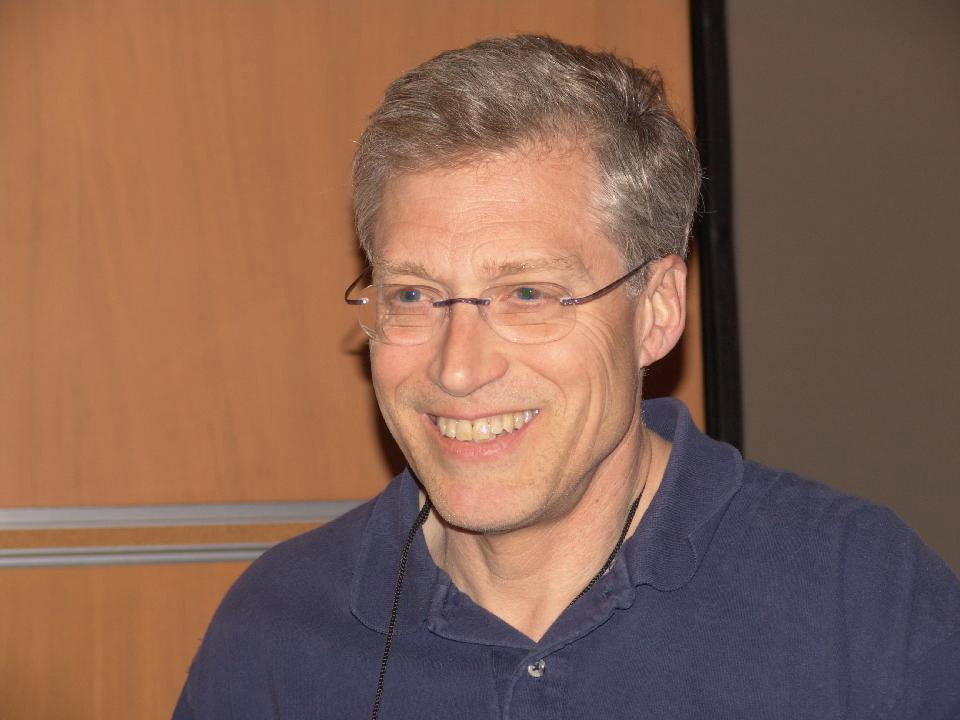 Dr. Bressoud is the DeWitt Wallace Professor of Mathematics at Macalester College in St. Paul, MN and the 53rd President of the Mathematical Association of America, serving in this role for the two-year period 2009-2010. The MAA is the world's largest professional society devoted to collegiate mathematics with more than 23,000 members.

David obtained his Bachelor of Arts degree from Swarthmore College and earned both his MA and Ph.D. degrees from Temple University, where his Ph.D. advisor was Emil Grosswald. He joined the Macalester faculty in 1994 after 17 years at Penn State. He has served as chair of Macalester's Department of Mathematics and Computer Science, chair of the Mathematical Association of America's Committee on the Undergraduate Program in Mathematics (CUPM), and chair of the College Board AP Calculus Development Committee, the committee that sets the AP Calculus syllabus and writes the exams. He is also one of the authors of the CUPM Curriculum Guide 2004. He has held several visiting academic positions, including the Institute for Advanced Study, the University of Wisconsin-Madison, the University of Minnesota, and the Universit� Louis Pasteur.

David has received the MAA Distinguished Teaching Award, the MAA Beckenbach Book Award for his text Proofs and Confirmations, and has been a Pólya Lecturer for the MAA. He is a recipient of Macalester's Jefferson Award which honors faculty members who exemplify the principles and ideals of Thomas Jefferson. David has won both a Fulbright Fellowship and Sloan Foundation Fellowship. He has published over fifty research articles in number theory, combinatorics, and special functions. His other books include Factorization and Primality Testing, Second Year Calculus from Celestial Mechanics to Special Relativity, A Radical Approach to Real Analysis, Proofs and Confirmations: The Story of the Alternating Sign Matrix Conjecture, A Radical Approach to Lebesgue's Theory of Integration, and, with Stan Wagon, A Course in Computational Number Theory.

Public Lecture: Calculus in High School: Too Much of a Good Thing?

Abstract: Over the past quarter century, high school enrollment in calculus has grown tenfold, from 60,000 to 600,000, and continues to grow at 6% per year. We have passed the cross-over point where each year more students study first semester calculus in US high schools than in all 2- and 4-year colleges and universities in the United States. In theory, this should be an engine for directing more students toward careers in science, engineering, and mathematics. In fact, it may be having the opposite effect. This talk will present an overview of the history of AP Calculus program, data on its effectiveness and the effects of this growth, and a description of the responses that are needed within our high schools and universities.

Proofs and Confirmations: The Story of the Alternating Sign Matrix Conjecture

Abstract: What is the role of proof in mathematics? Most of the time, the search for proof is less about establishing truth than it is about exploring unknown territory. In finding a route from what is known to the result one believes is out there, the mathematician often encounters unexpected insights into seemingly unrelated problems. I will illustrate this point with an example of recent research into a generalization of the permutation matrix known as the "alternating sign matrix." This is a story that began with Charles Dodgson (aka Lewis Carroll), matured at the Institute for Defense Analysis, drew in researchers from combinatorics, analysis, and algebra, and ultimately was solved with insights from statistical mechanics.