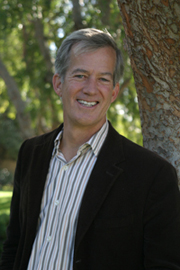 Professor Brian Conrey was the speaker in the second annual Baylor Undergraduate Lecture Series in Mathematics on September 9-10, 2009. Dr. Conrey is very active in outreach programs for high school and undergraduate students interested in mathematics.

Brian is also a leading authority on the Riemann Hypothesis, widely considered to be the most important unsolved problem in mathematics today. His two lectures will focus on this famous open problem.

He is the founding Executive Director of the American Institute of Mathematics in Palo Alto, California. He obtained his B.S. in Mathematics from Santa Clara University in 1976 and his Ph.D. degree from the University of Michigan, under the supervision of Hugh Montgomery, in 1980. Brian did postdoctoral work at the University of Illinois from 1980-1982 and then spent a year at the Institute of Advanced Studies in Princeton in 1982-1983. He was awarded a Sloan Fellowship in 1986. He has been on the faculty at Oklahoma State University (where he served as department head from 1991-1997) and at the University of Bristol in the United Kingdom. In March 2009, Brian gave the prestigious Levi L. Conant Lecture at Worchester Polytechnic Institute.

His mathematical specialties include analytic number theory. He has published more than 50 papers in mathematics and also serves as an editor of the Journal of Number Theory.

Abstract: 150 years ago B. Riemann discovered a pathway to understanding the prime numbers. But today we still have not completed his vision. I will give an introduction to Riemann's Hypothesis, one of the most compelling mathematics problems ever, and describe some of its colorful history.

Note: This talk is intended for a general audience.

Abstract: In 1972 Hugh Montgomery and Freeman Dyson made the startling discovery that the zeros of the Riemann zeta-function are spaced like the eigenvalues of random matrices. In the last 10 years the connection between the two subjects has been made much more precise. We describe some of the developments surrounding this amazing connection.