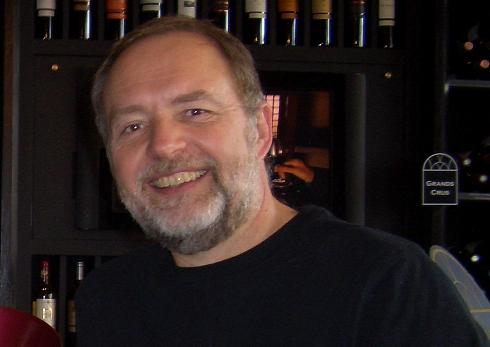 Dr. John Oprea, a Professor of Mathematics from Cleveland State University, delivered the inaugural two lectures in the new Baylor Undergraduate Lecture Series in Mathematics on November 5-6, 2008. This purpose of this lecture series is to bring in mathematicians, with a special penchant for teaching, and have them lecture to our undergraduate majors on mathematical topics of current interest.

John Oprea received his Ph.D. in 1982 from Ohio State University and has been at Cleveland State University since 1985. His interests lie in both algebraic topology and differential geometry and he has written extensively in these areas. His books include: Differential Geometry and its Applications (MAA Classroom Resources 2007), The Mathematics of Soap Films (AMS Student Math Library 2000), Symplectic Manifolds with no Kaehler Structure (with A. Tralle, Springer Lecture Notes 1997), Lusternik-Schnirelmann Category (with O. Cornea, G. Lupton and D. Tanre, AMS Monographs 2003) and his most recent, Algebraic Models in Geometry (with Y. Felix and D. Tanre, Oxford U Press 2008). Oprea was awarded the Lester R. Ford award from the Mathematical Association of America in 1996 for his American Mathematical Monthly paper Geometry and the Foucault Pendulum. In 2008, he was named as the Cleveland State College of Science Outstanding Researcher and received the University Distinguished Faculty Award for Research. He is currently an associate editor for the Journal of Geometry and Symmetry in Physics.

Abstract: Why do one-celled creatures take the shapes they do? Why do red-blood cells have their characteristic shape? More and more, in biology as well as other sciences, the notion of "shape" is becoming important. Mathematicians have ways of measuring shape and of determining shape through optimization. This fits well with Nature's penchant for economy, so it isn't surprising (in retrospect) that soap films, which arise from surface tension's ability to shrink surface area, are a kind of analog computer for the mathematics of minimizing surface area. This talk will consist of three parts: soap film demonstrations (which will set the stage for); a bit of mathematics and; computer experimentation and illustration. Since audience participation is required for soap film experiments, attendees are encouraged not to wear their best attire!

Variational Principles and Real-World Shapes: Balloons an Droplets in Space

Abstract: When we look at Nature, we see shapes everywhere. In this talk, we will describe the shape of a Mylar balloon in terms of a variational principle and see how this can be understood in terms of the physical characteristics of balloons. (A Mylar balloon is often found at kids' birthday parties and is formed by taking two disks of Mylar, sewing them together along their boundaries and inflating.) This topic is a prime example of the interplay among physical principles, geometry, analysis and symbolic computation. We will also discuss the principles determining the shapes arising in water-bubble experiments aboard the International Space Station.