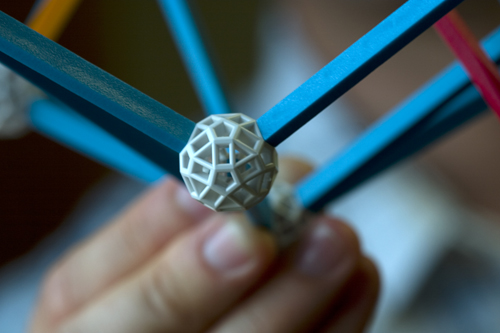 The Department of Mathematics at Baylor University has active researchers in various areas of algebra, analysis, applied and computational mathematics, differential equations, mathematical physics, numerical analysis, operator theory, topology, and representation theory. During the past two years, the faculty has published more than 100 papers. In addition, they have published five textbooks in mathematics. Several faculty members have given invited lectures, to discuss their latest research, at major meetings and conferences throughout the world.

Graduate students in the department have the opportunity to work with their supervisors on state-of-the-art research problems. Several undergraduate mathematics majors at Baylor have worked with faculty in the department on research problems. And over the past several years, many gifted high school students have been brought to Baylor in the summers to work with faculty members in the department on research projects. The most common remark from students, whether they are from high school or already here on campus, is that studying in the Department of Mathematics at Baylor University is an enjoyable, important, and rewarding experience!

A broad area of mathematical research, ranging from purely theoretical to highly applicable.

A vast realm 0f mathematics which encompasses calculus and its extension into higher mathematics.

Numerical analysis is the study of computer methods for solving math problems that arise in engineering and other scientific areas.

The area of mathematics that studies this amazing symmetry is called Lie theory or representation theory.

Topology is the study of the properties of spaces that are preserved under continuous transformation.