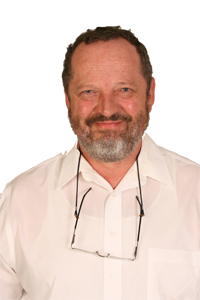 Biography:
Dr. Dugas was born, grew up, and received his education in Germany. He and his family moved to the USA in 1984, after having held a position as Assistant at Essen University. He was an Associate Professor of Mathematics at the University of Colorado at Colorado Springs from 1984 to 1987. He was hired by Baylor University in 1987 and he has been here ever since.

Academic Interests and Research:
Dr. Dugas is pursuing research in algebra, especially in the theory of Abelian groups, rings and modules. Among many other things, he worked on the realization of rings as endomorphism rings of Abelian groups and the impact of set theory in algebra. Over the years, he (co)authored over 100 research articles.