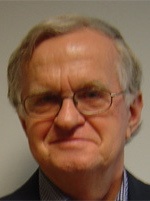 
1. Undergraduate and graduate algebra, both pure and applied.


3. Mathematics for liberal arts students, including an original sources honor course and connections between mathematics and music.