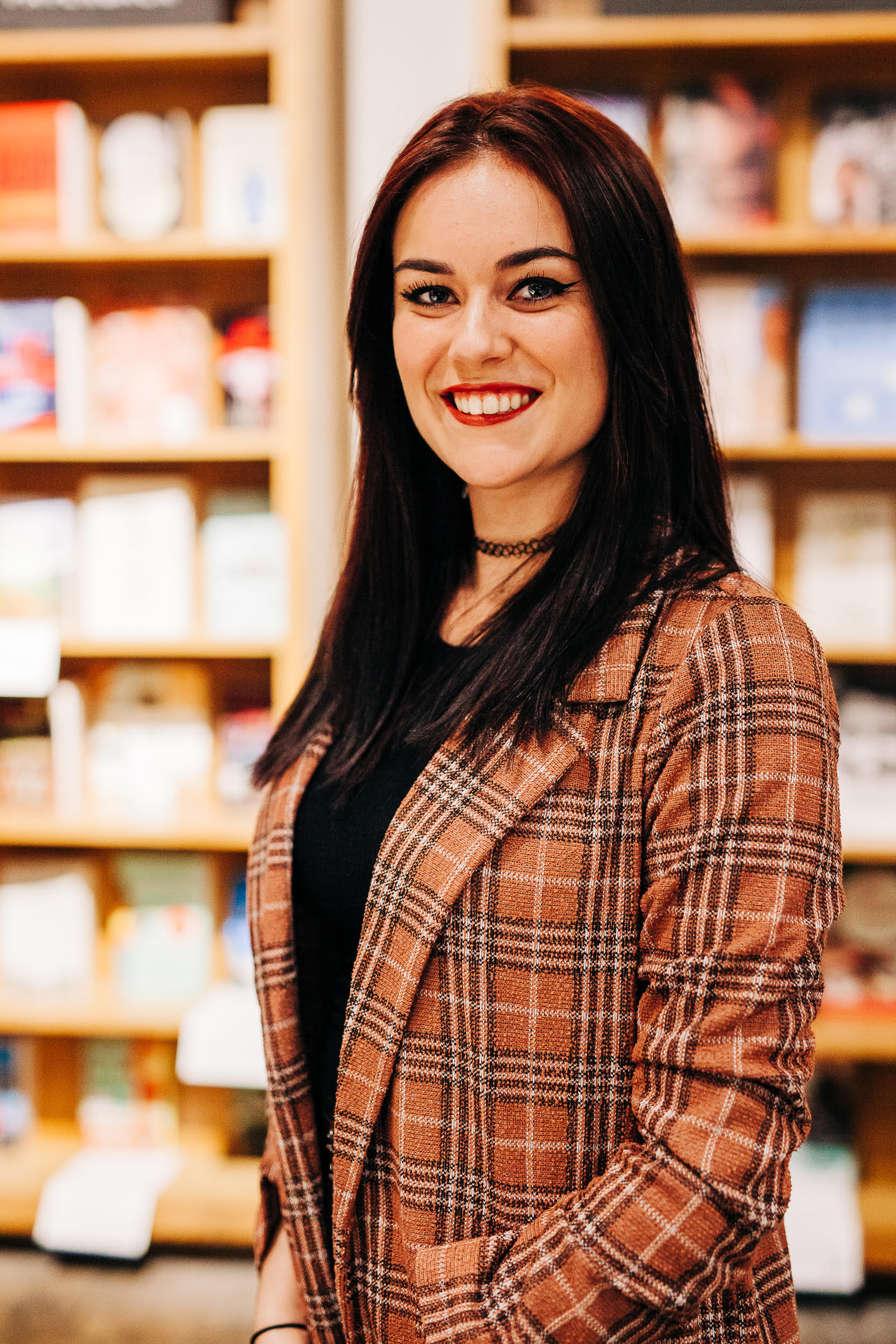 The Definition of Revolution
by Samantha Crouch

They break free of their prison, the gilded castle that should have contained their need for destruction. Should have kept them comfortable. Fed. But they do not feed on my desire to bury them in pretty thoughts and dreams. Because when the negative thoughts, the horde of criticisms, come racing, charging, thundering through the peaceful landscape of my mind—the landscape that stretches on and on, harboring positive thoughts, fostering my dream of becoming a writer—they are skin and bone. They’re emaciated beings, shapes, shadows. Yet they hold their scythes high, begging to be fed, to be acknowledged, which would lead to the yielding of my positive, hopeful thoughts. The horde of negative thoughts wave ripped flags that ripple in the biting wind; they demand to overthrow the peace that owns the fields. Their war cries echo through my mind, urging me to stop trying, to stop writing, to lay down my pen because I will never be good enough.

Spirits monitor my peaceful landscape of hopes and dreams. They are translucent silhouettes sprinkling positivity across the fields, telling me that I am good enough, that I will only be good enough if I continue working hard, writing hard. They shower me with happy thoughts while keeping the skeletal, negative ones imprisoned in that castle on the hill. They tell me, “only think of the good things, never mind the bad.” When they govern the quiet landscape, I sit down to write with blissful ignorance, unaware of the dark, discouraging shadows that writhe in their castle. Or maybe I don’t want to acknowledge their existence.

But then the chaotic horde of shadowy rebels storms my fields, shouting their discouragements, and I doubt; I think of abandoning my dream of becoming a writer for something less risky, less critical. Abandoning the fields, the spirits lift into the air, and the blurred, marred horde of dark thoughts storms the landscape—every time I encounter a setback, every time someone else finds success before me. The desire to finish a project, a book, is quickly overwhelmed by my crippling thought of, “What if I never will?” It’s irrational. It’s extremist. If one debut, one book deal announcement on social media, didn’t open the floodgates of my castle and allow the dark silhouettes of skin and bone to come pouring out, my landscape would remain calm, my thoughts tranquil.

But the good spirits are no match for the hoisted, flailing scythes that slice through the air. As they abandon their posts, my hands slowly ease off the keyboard, slowly put the scribbling pen down. I sit back in my chair, turn my eyes to the ceiling, powerless to the doubt, to what the shadowy figures shout across the fields. The ghastly, negative creatures trapped on the hill have escaped once again, have grasped their chance at revolution, of turning my green fields black, of sowing doubt.

From a revolution, though, comes the start of a new era.

A revolution comes when the system is flawed, when there must be reform if society is to continue and thrive. If the dark figures ravage the fields, my mind’s society will eventually meet its downfall. I will never become an author, especially since any field of art is surrounded by the raging waters of the criticism.

And yet living in a world governed by blissful ignorance, by gentle spirits that only foster positive thoughts and block out negative ones, is not ideal, either. Where is the growth if I don’t face my dark horde of demons? How can I transcend from good to great if I do not battle the shadows that invade the peaceful regions of my imagination?

The solution is not for one side to overtake the other.

As the chaotic horde passes beneath the spirits of positivity, something shifts. It is no longer a frantic scramble to reach the front, to trample those in their wake. The horde lowers their weapons, tucking them under arms or holding them in steady hands, ready to carve their way with determination instead of fear. Expressions of fear transform into the hardened lines of perseverance. The spirits frantically sprinkle these new figures with happy thoughts, but this revolution has given way to something new, something stronger.

Now, the spirits and the shadows live together on a landscape that feeds them both. Together, they have chiseled me into stone, capable of withstanding any crushing defeats, and set me on a path to grasp my dream of becoming a writer, holding my own scythe, my own flag, and carrying plenty of my own positivity. 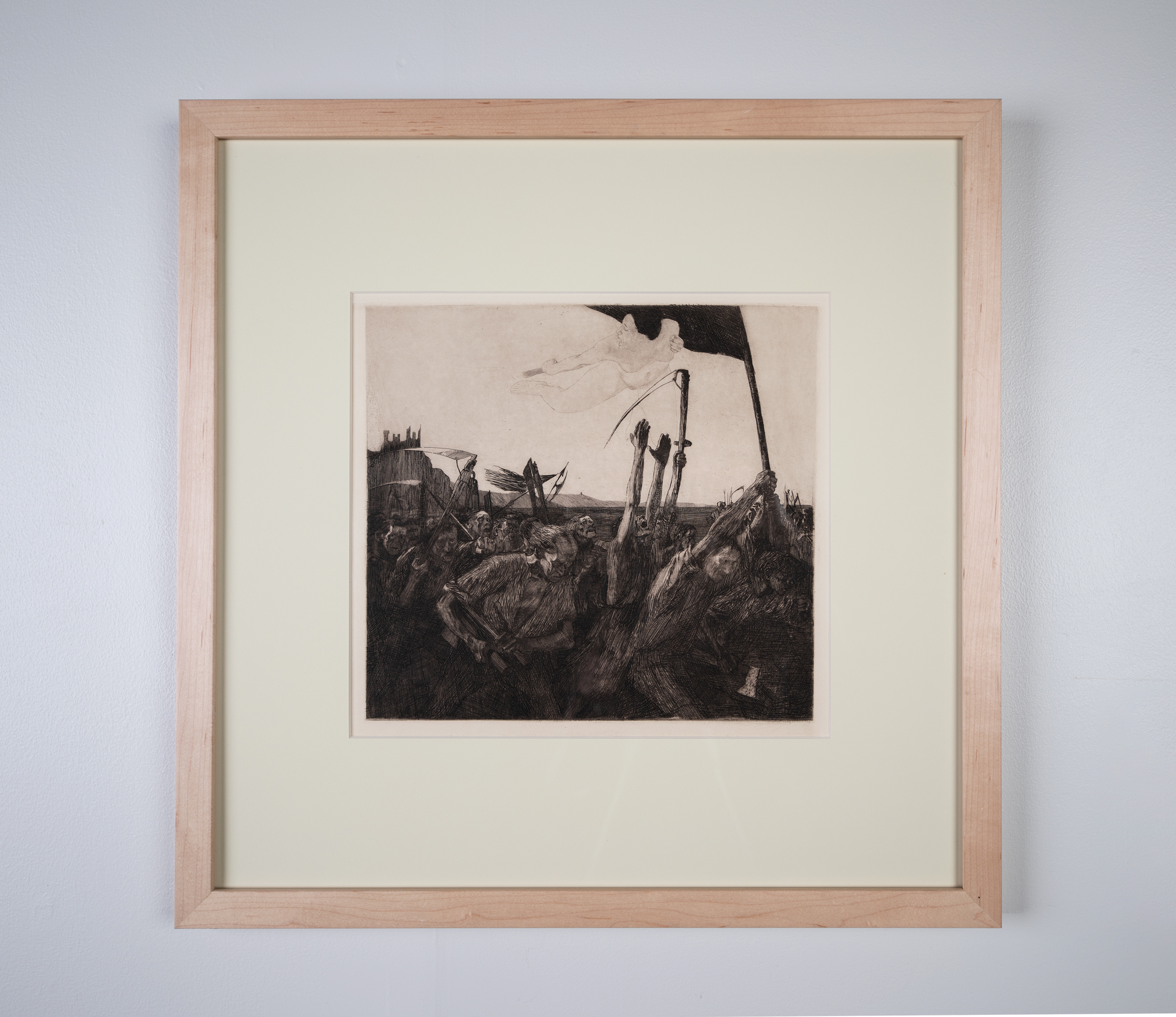