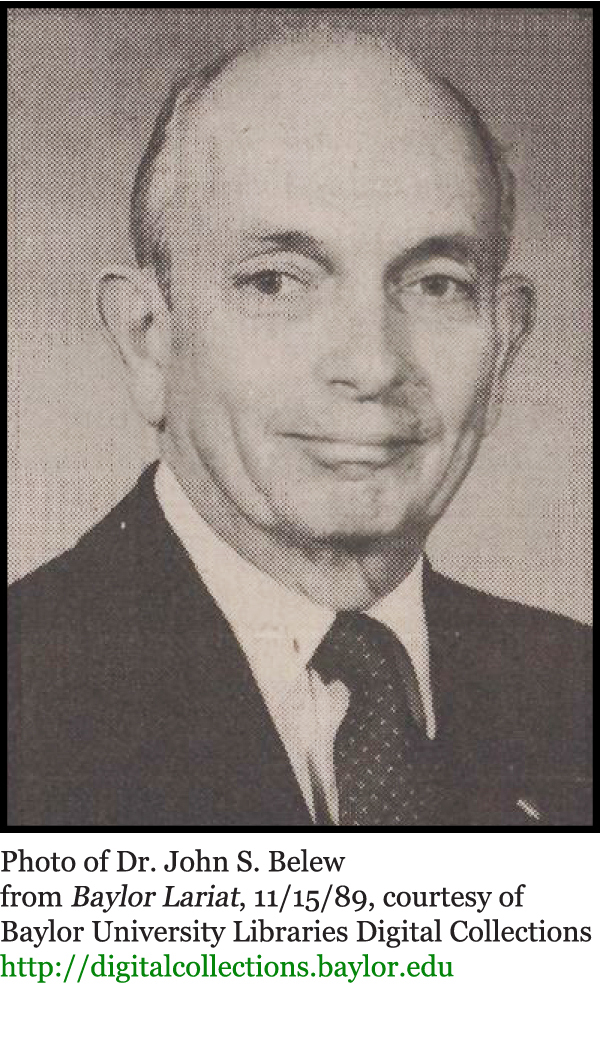 The Belew Collection was established in 1991, and named in honor of Dr. John S. Belew, Baylor class of ’41. He began teaching as a professor of chemistry in 1954, and then he served as Provost of Baylor University from 1979-91. His wife Ruth M. Belew was a lecturer in Baylor Theater Arts Department from 1967-92. During the early years of the Martin Museum of Art, Belew was an enthusiastic supporter of the new museum and was integral in acquiring artwork for the foundation and expansion of the permanent collection. The Belew Collection is a collection of artwork donated by tenured track and tenured professors from Baylor’s Department of Art.

Artists in the Belew Collection