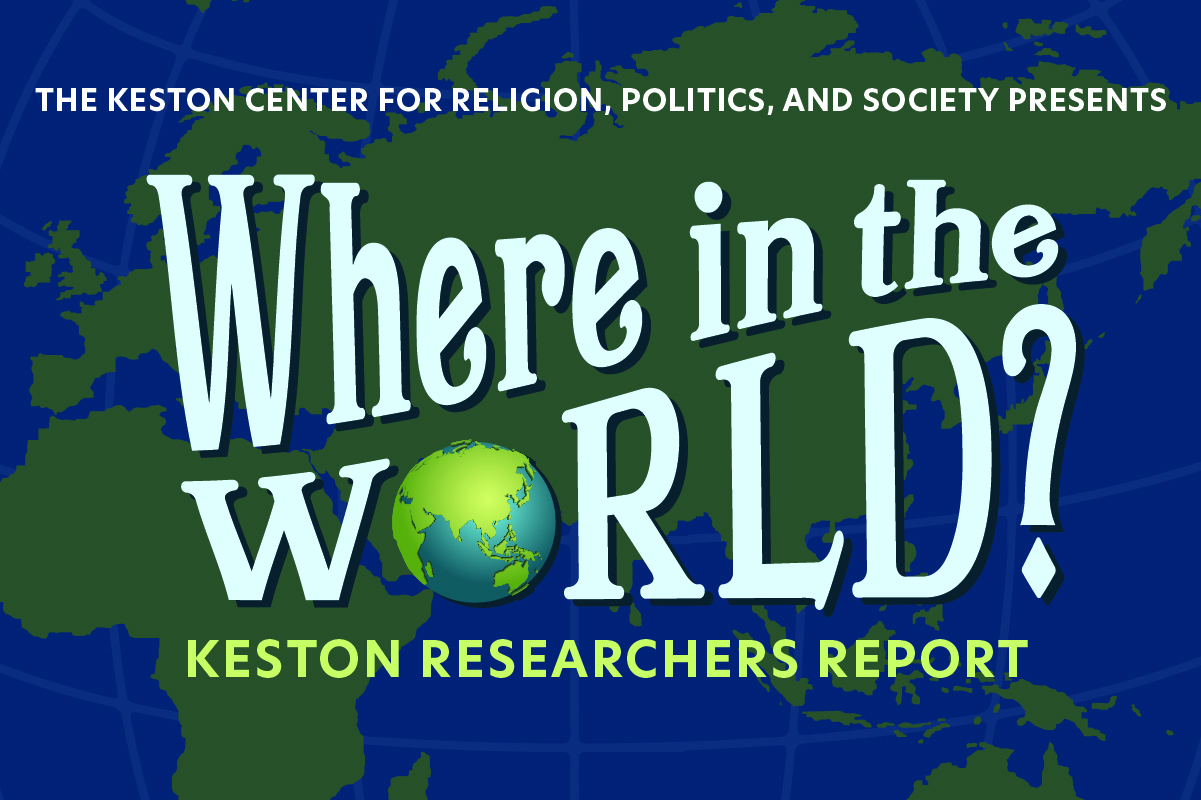 On Tuesday, March 23, at 3:30 p.m. CDT and again on Friday, March 26, at 11:00 a.m. CDT, nine scholars who have researched at Baylor's Keston Center for Religion, Politics, and Society will participate in "Where in the World?" — a Zoom-based presentation, discussion, and Q&A session that is free and open to the public. Instructions for obtaining a Zoom link are available on the Keston Center website at baylor.edu/kestoncenter.

Panelists will briefly reflect on the current state of religion, politics, and society in the region they research or where they live. Although several serve at U.S universities, the majority will Zoom in from Russia, Romania, England, and other countries. Following the presentations, Wallace Daniel, distinguished university professor of History at Mercer University, will moderate a live Q&A and discussion among the panelists.

"Over the last ten years, the Keston Center has hosted more than fifty researchers from across the globe and maintains close contact with many of them," said Kathy Hillman, director of the Keston Center. "With the world changing so rapidly, especially during the pandemic, we wanted to gather updates and hear their stories. The 'Where In the World?' event enables us to do just that and share their information with Baylor and beyond."

A link to the Zoom session will be posted at baylor.edu/kestoncenter the day prior to each session. A button is available on the site to request a reminder email that will include Zoom credentials. For more information, contact Kathy Hillman at Kathy_Hillman@baylor.edu or (254) 749-5347.

Biographical information for the panelists is also available at baylor.edu/kestoncenter.

The Keston Center for Religion, Politics, and Society at Baylor University promotes research and encourages the study of religion in communist, post-communist, and other totalitarian societies. The Center was established in 2007 when Baylor agreed to manage, preserve, and develop the library and archives of Keston College (UK) and to promote related research. Rev. Canon Michael Bourdeaux founded Keston in 1969 as the Centre for the Study of Religion and Communism to be a "voice for the voiceless" for those facing religious persecution. Today, Keston College, also known as Keston Institute, continues "to promote and encourage the study of and research into religion, religious beliefs and religious practices in Communist States, or States which have been Communist or present or former Totalitarian States." The archives and library at the Keston Center play an important role in the growth of international research.