2022 Stalingrad on Screen: From Stalinist Propaganda to Putin-era Blockbuster

Stalingrad on Screen
From Stalinist Propaganda to Putin-era Blockbuster
featuring 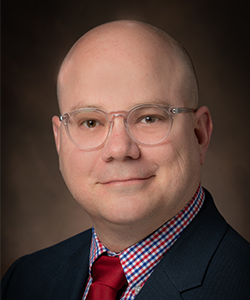 Free and open to the public
Baylor CAE credit is available for the MLC World Cinema Series Selection, Stalingrad (2013)

In his presentation, Norris will examine the changing ways Soviet and post-Soviet film directors attempted to articulate the meanings of the Battle of Stalingrad (1942). Focusing on four key films that span the late Stalin era to the present, the lecture will delve into the shifting narratives about the Battle and the significance the Stalinist, Brezhnev, Gorbachev, and Putin governments placed on these films. All four films—Vladimir Petrov's The Battle of Stalingrad (1949), Sergei Bondarchuk's They Fought for Their Motherland (1975), Iuri Ozerov's Stalingrad (1989), and Fedor Bondarchuk's Stalingrad (2013) generated substantial discussion and controversy that this lecture will explore. Finally, Bondarchuk's blockbuster film—the first Russian film to be made in 3D IMAX and one that shattered box office records—sheds light on the patriotic culture and uses of history in the Putin era, topics that have become even more relevant in light of the Russian invasion of Ukraine.

Help Us Spread the Word