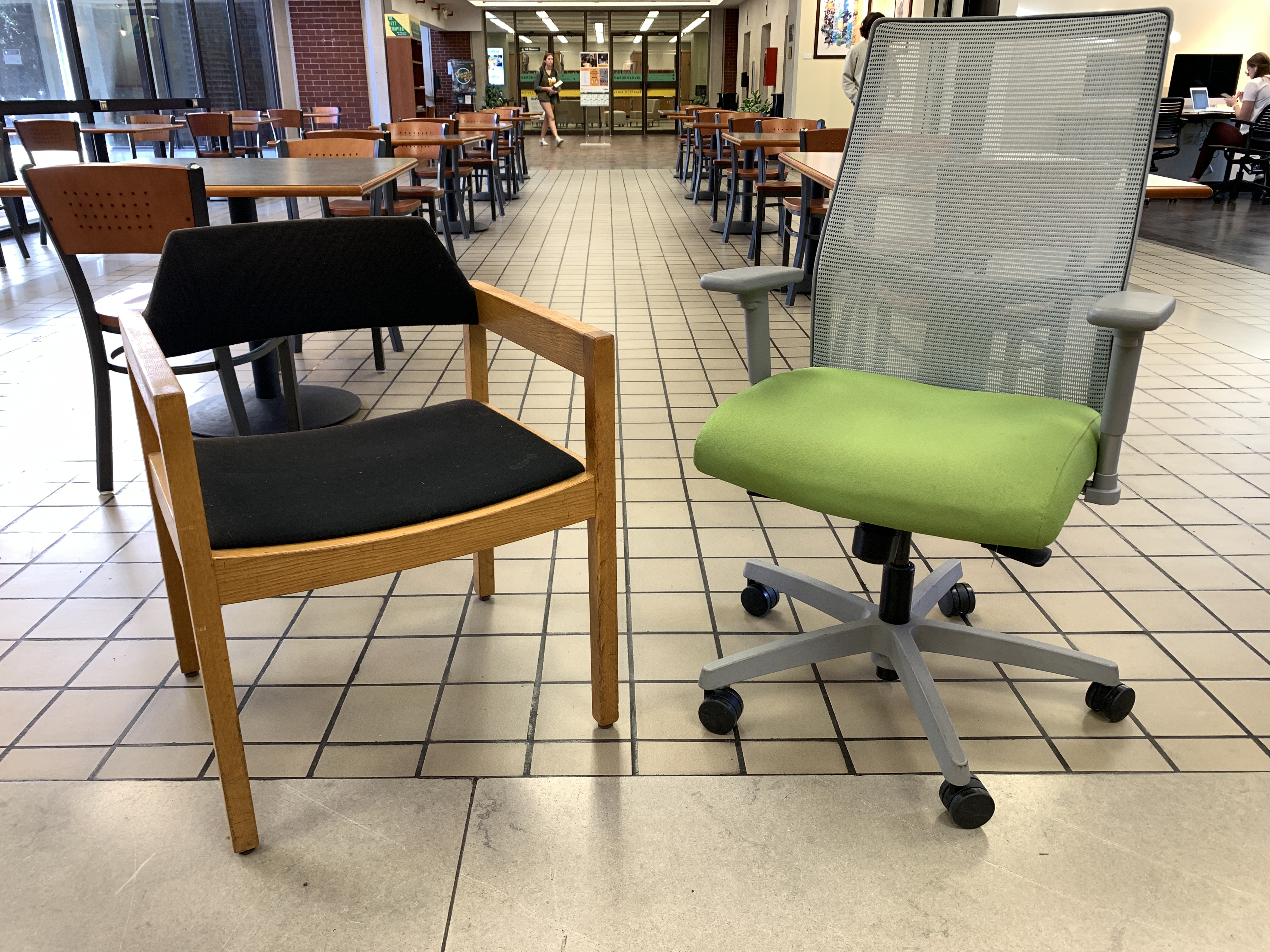 When Moody Memorial Library opened its doors in 1968, it was considered a prime example of Mid-century Modern architecture, with furnishings and décor to match. Over time, much of the furniture from Moody’s early years has been lost due to constant use by hundreds of thousands of Baylor students. Surprisingly, some 300 original chairs can still be found throughout Moody, but as may be expected, their aesthetic and functional value has been greatly reduced over the ensuing 50-plus years. In short: many of the chairs in Moody are old, uncomfortable, and in desperate need of replacement.

Over the past five years, the Libraries have made a priority of upgrading the furnishings in Moody to include new tables, lighting, carpet, flooring, and soft seating. As we work toward a goal of providing seating for 15% of our student body within Moody and Jones Libraries, upgrading our existing seating remains a top-level project. A gift from Ken Betterton has provided funding to replace the remaining 38 original Moody chairs on the first floor, but more than 200 remain to upgrade.

A donation to our "Chairs for Bears" project will provide the resources our students deserve: modern, functional, and comfortable new "Lyric" chairs from Allsteel designed to last for decades to come.

To pledge your support for this project, make a donation to the Library Dean's Excellence Fund, and make a note in the form that you'd like your gift to support "Chairs for Bears."