Paulo Freire (1921-1997) was a Brazilian educator and philosopher known the world over as founder and advocate of the school of thought known as critical pedagogy. This fall marks 100 years since Freire’s birth, and Baylor will be recognizing this centennial with a series of events across campus.

Freire’s call for radical social transformation through education and for the development of critical consciousness (conscientização in Portuguese) has been deeply influential in Latin America and globally. His thought and work have influenced a wide range of fields, from education to sociology and community development.

Freire based his thought on five principles for the practice of a critical pedagogy: Dialogue, Love, Empathy, Hope, and Humility.

Join us as we explore these principles in relation to our work at Baylor today across departments, schools, and communities!

Sponsored by the Department of Modern Languages & Cultures, the College of Arts & Sciences, and Baylor University Libraries 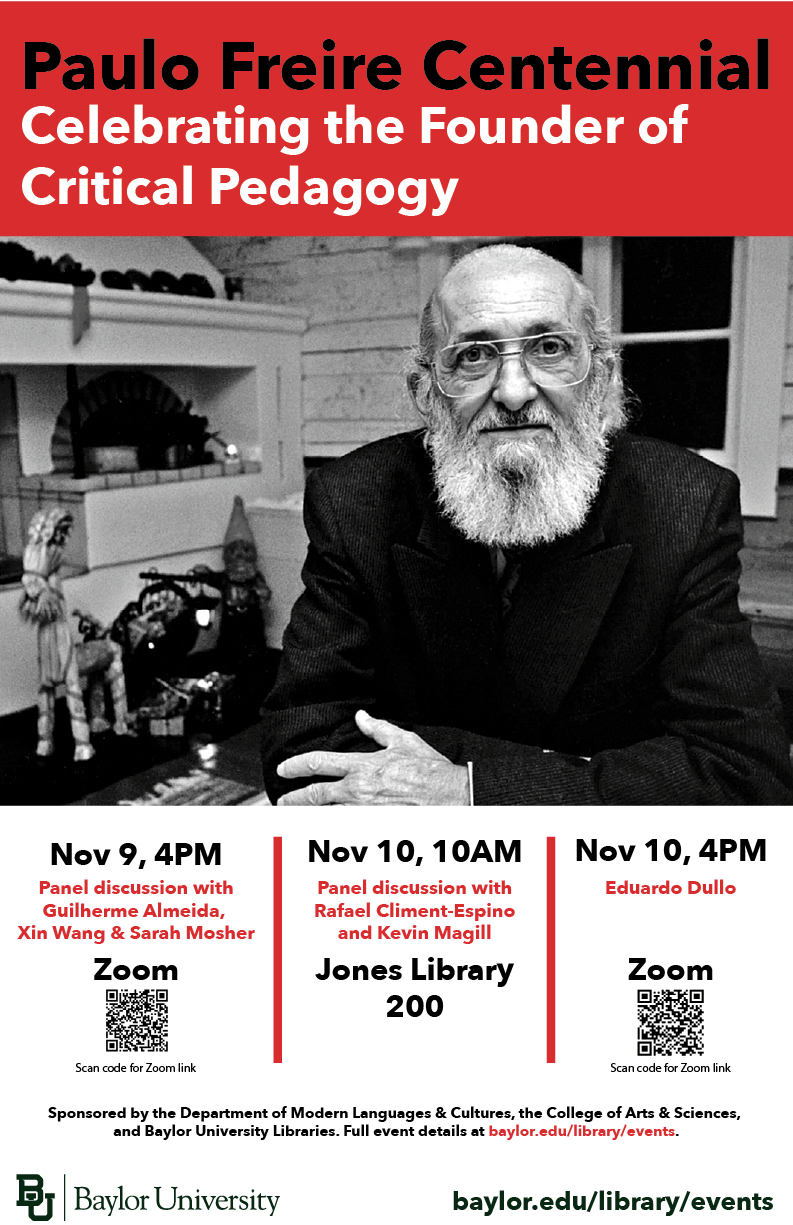