The University Libraries are proud to host the 10th anniversary exhibit in celebration of the National Pan-Hellenic Council. This online exhibit complements the physical exhibit on display in Moody Memorial Library during the Fall 2021 semester.

On the campus of Baylor University, NPHC promotes interaction through forums, meetings, and other mediums for the exchange of information, and engages in cooperative programming. Members of these organizations are actively involved in community service initiatives, youth programs, step shows, and providing community awareness and action through educational, economic, and cultural service events. Additionally, Baylor’s NPHC organizations are committed to the holistic development of their members and to assist the Baylor and Waco communities. Notable events hosted by the council include NPHC Week, Hump Days, and Greek 101. 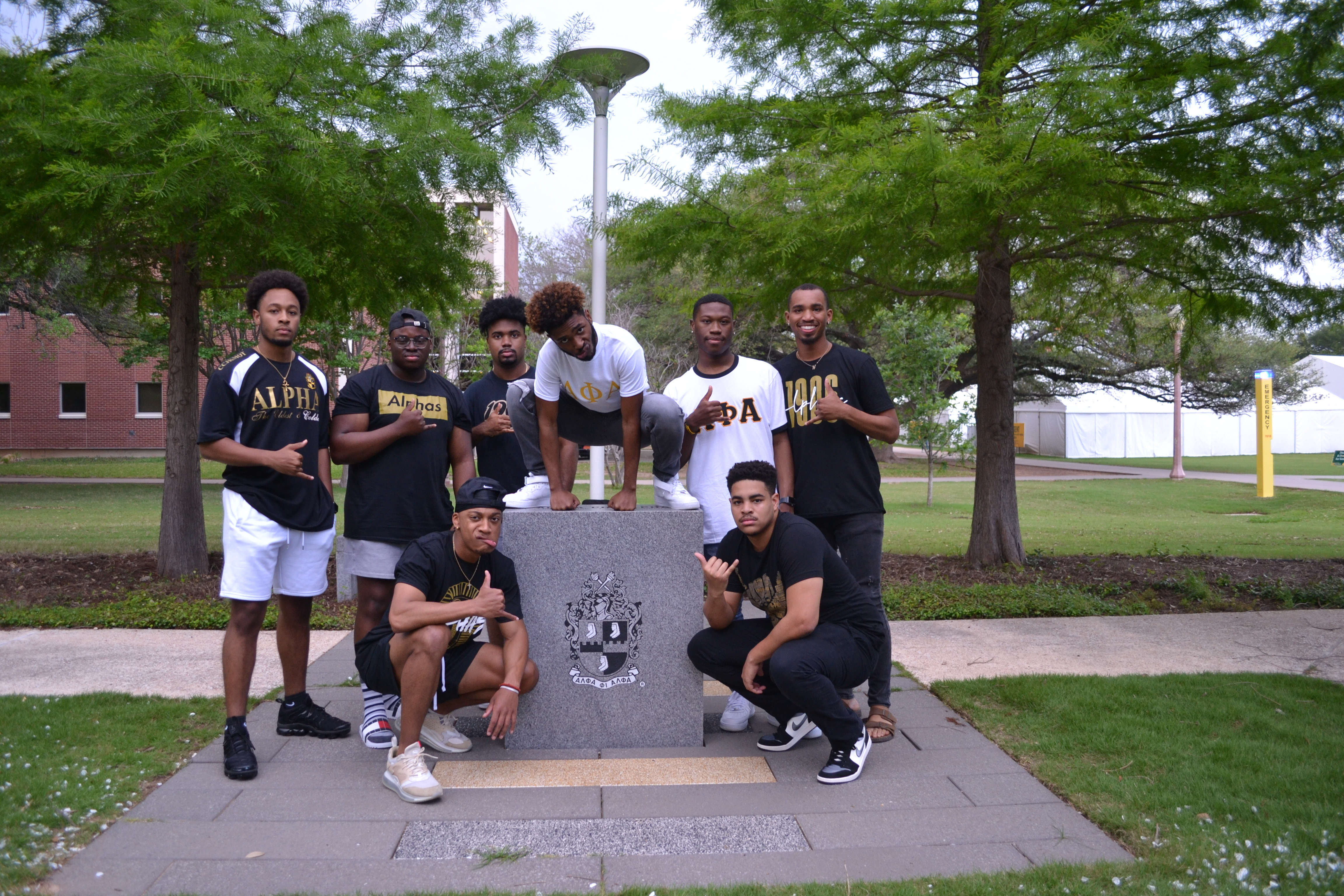 The Tau Alpha Chapter of Alpha Phi Alpha was chartered October 17, 1993 on Baylor University's campus by six charter members. The Tau Alpha Chapter is notorious for their weekly service at the Boys & Girls Club of Waco, and their Battle of the Burning Sands (BOTBS) step show, where many organizations within the National Pan-Hellenic Council come to compete. 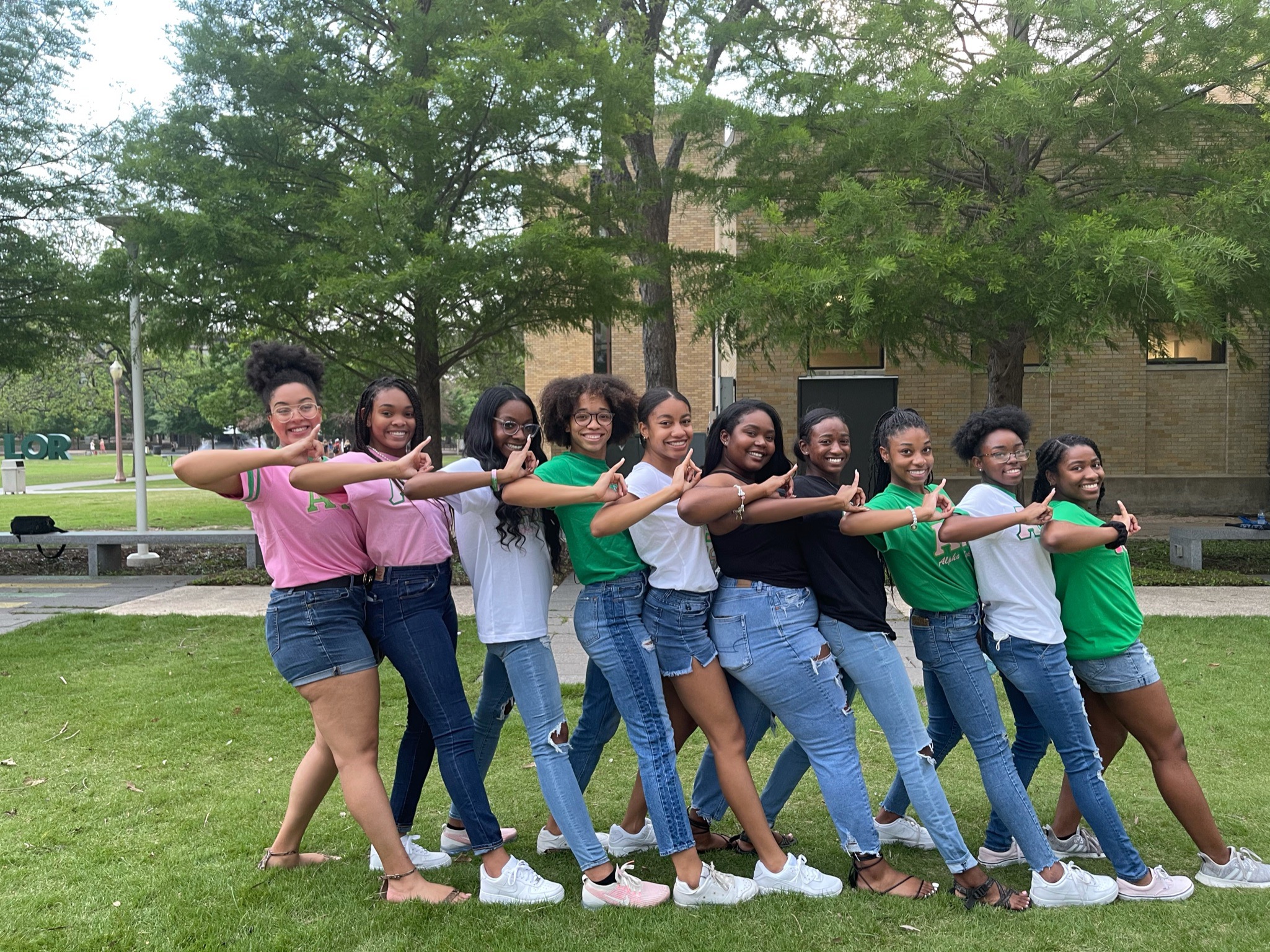 Founded January 15, 1908 on the campus of Howard University, The Twenty Pearls of Alpha Kappa Alpha Sorority, Incorporated created a legacy of sisterhood and service whose mission was to encourage high scholastic standards, promote friendship, and among many other values, be of “Service to All Mankind.” Alpha Kappa Alpha is the oldest Greek-letter organization established by African-American college-educated women and has continued to focus on programming for the social, economic, and educational well-being of the local, national and international communities. Notable members of Alpha Kappa Alpha include American poet, Maya Angelou; Civil Rights activist, Rosa Parks; musician, Alicia Keys; and the first African American woman astronaut in space, Mae Jemison.

The Pi Mu chapter of Alpha Kappa Alpha Sorority, Inc. was chartered December 1, 1991 on Baylor University’s campus by fourteen charter members known as the Ivy League. Pi Mu has continued to serve the Baylor and Waco community through notable events such as observing the International Day of Prayer and providing scholarships as they celebrate the Arts through an evening gala, A Night In Harlem, hosted in February. 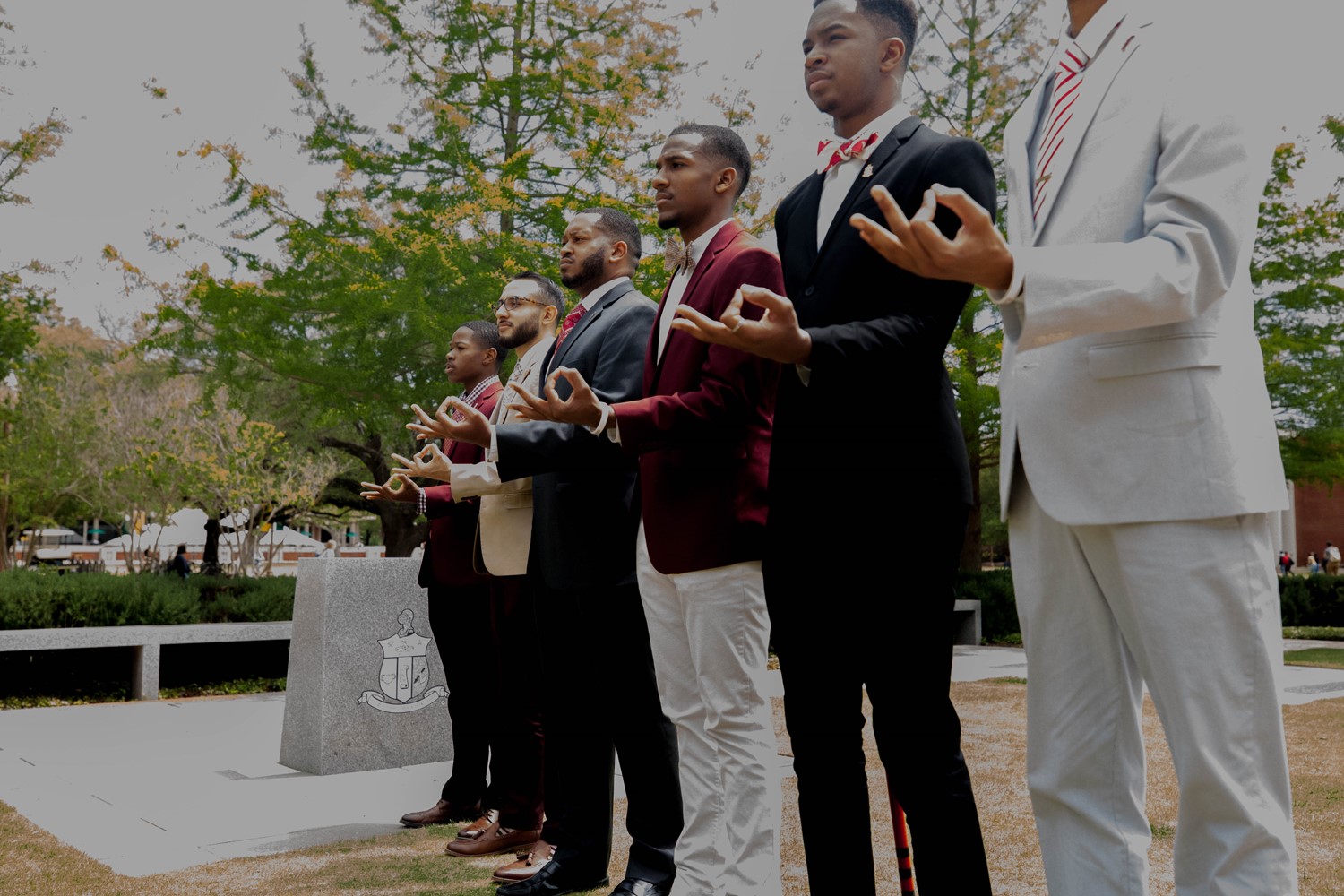 Chartered and incorporated originally under the name of Kappa Alpha Nu, Kappa Alpha Psi Fraternity, Incorporated was founded January 5, 1911, as a response to racial tensions at Indiana University in Bloomington, Indiana. With the Ku Klux Klan wreaking havoc on Black students, it was important to ten men, who would later become the ten founders of Kappa Alpha Psi, to create more than just a social group but a brotherhood structured on “high Christian ideals and the purpose of achievement.”

The Xi Sigma Chapter of Kappa Alpha Psi Fraternity, Inc. was chartered May 14, 1994 on Baylor University’s campus by ten charter members. Some of the brothers who have contributed to the chapter over the years include: Facebook's Vice-President of Data Science, Albert C. Thomas, NFL wide receiver and Biletnikoff award winner, Corey Coleman, three-time gold medalist Deon Minor, and IFBB professional bodybuilder Peter Burnett. Today you can find the chapter hosting events such as Kappa Kool, an event hosted as a way to create a place for students to destress and show-off their creativity by allowing them to perform various talents. Other events include the annual Pi a Nupe fundraiser, benefiting St. Jude Children’s Research Hospital. 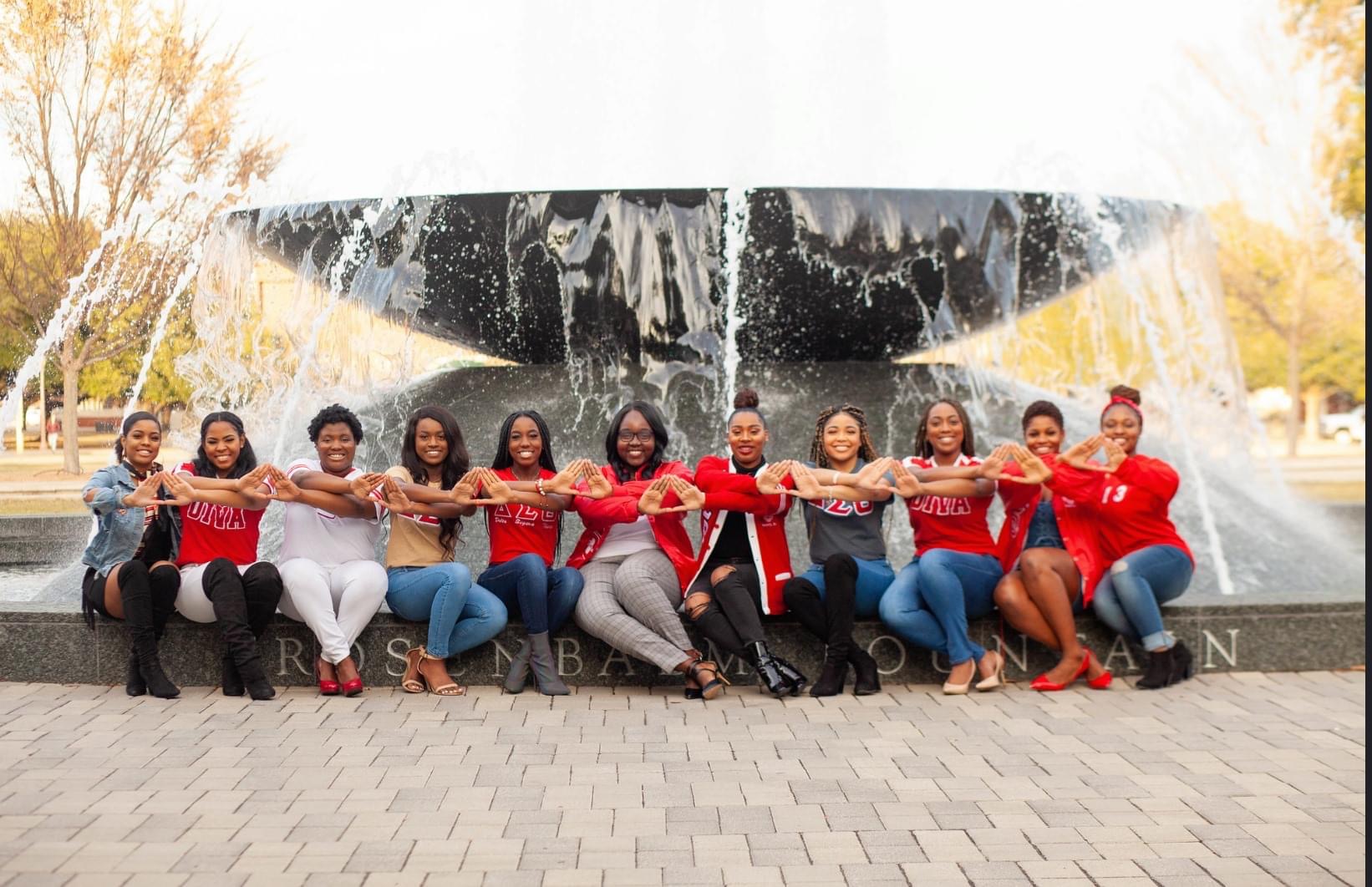 On January 13, 1913, 22 women with an eye for sisterhood, scholarship, and service set out to make a lasting impact on Howard University’s campus by founding Delta Sigma Theta Sorority, Incorporated. With its first official act of outreach being the Women’s Suffrage March on March 3, 1913, the organization has continued to conceptualize, construct, and complete service projects that work to exemplify its mission statement. Late actress, Cicely Tyson; politician and 60th mayor of Atlanta, Georgia, Keisha Lance Bottoms; and award-winning musician, Aretha Franklin are all notable members of the over 10,000 women to make the lifetime commitment to Delta.

On a local scale, the Rho Eta Chapter of Delta Sigma Theta Sorority, Inc. was chartered April 21, 1991 on the campus of Baylor University by nine charter members known as “Total Chaos 9.” Throughout its 30 years on campus, Rho Eta has gone to great lengths to use the Five-Point Programmatic Thrusts as a blueprint for events that amplify student voices and bring prosperity to the Waco community. Notable events include Cake in the S.U.B. on the first day of class, RED Table Talks, and service with Keep Waco Beautiful. 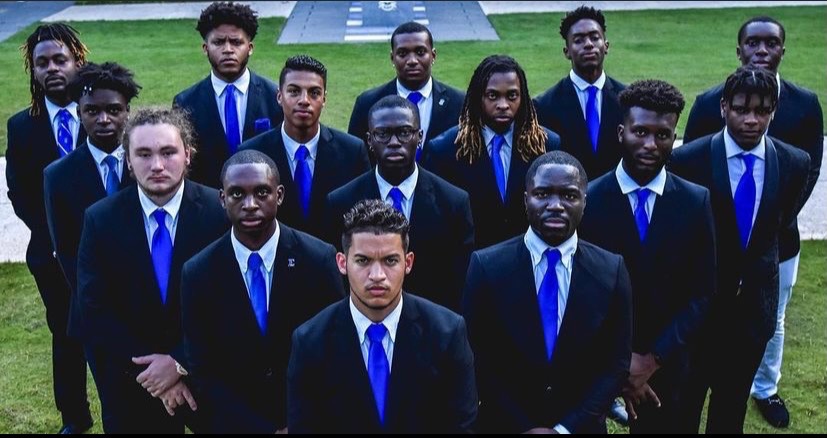 On January 9, 1914, three men embarked on the founding of a fraternal organization grounded by brotherhood, scholarship, and service. Phi Beta Sigma Fraternity, Incorporated began its formation at Howard University in Washington D.C. Some of the initiatives upheld by the fraternity have an emphasis in bigger and better business in the Black community, education, and social action. Notable members include scientist George Washington Carver, activist & Congressman John Lewis, and football hall of famer Jerry Rice.

On the campu of Baylor University, Phi Beta Sigma was chartered by four men. The Nu Zeta chapter was established October 18, 2000 and currently stands as the last NPHC fraternity to have been chartered at Baylor. Notable events hosted by the chapter include the For Us, By Us local business exhibitions and the annual Royal & Pure Stroll Off during homecoming. 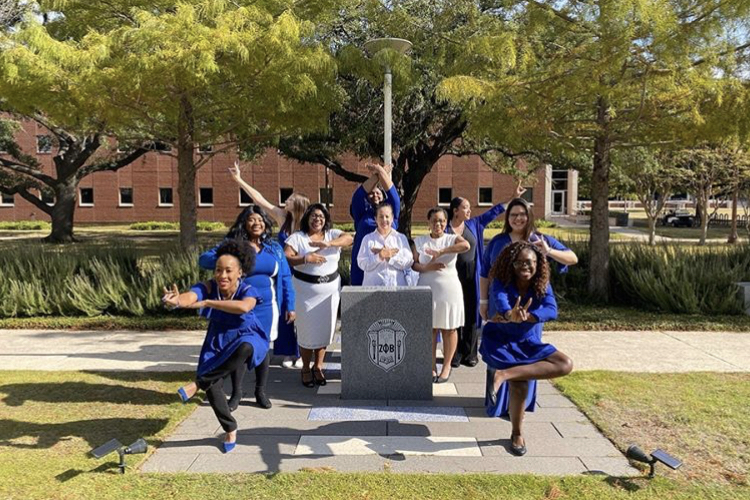 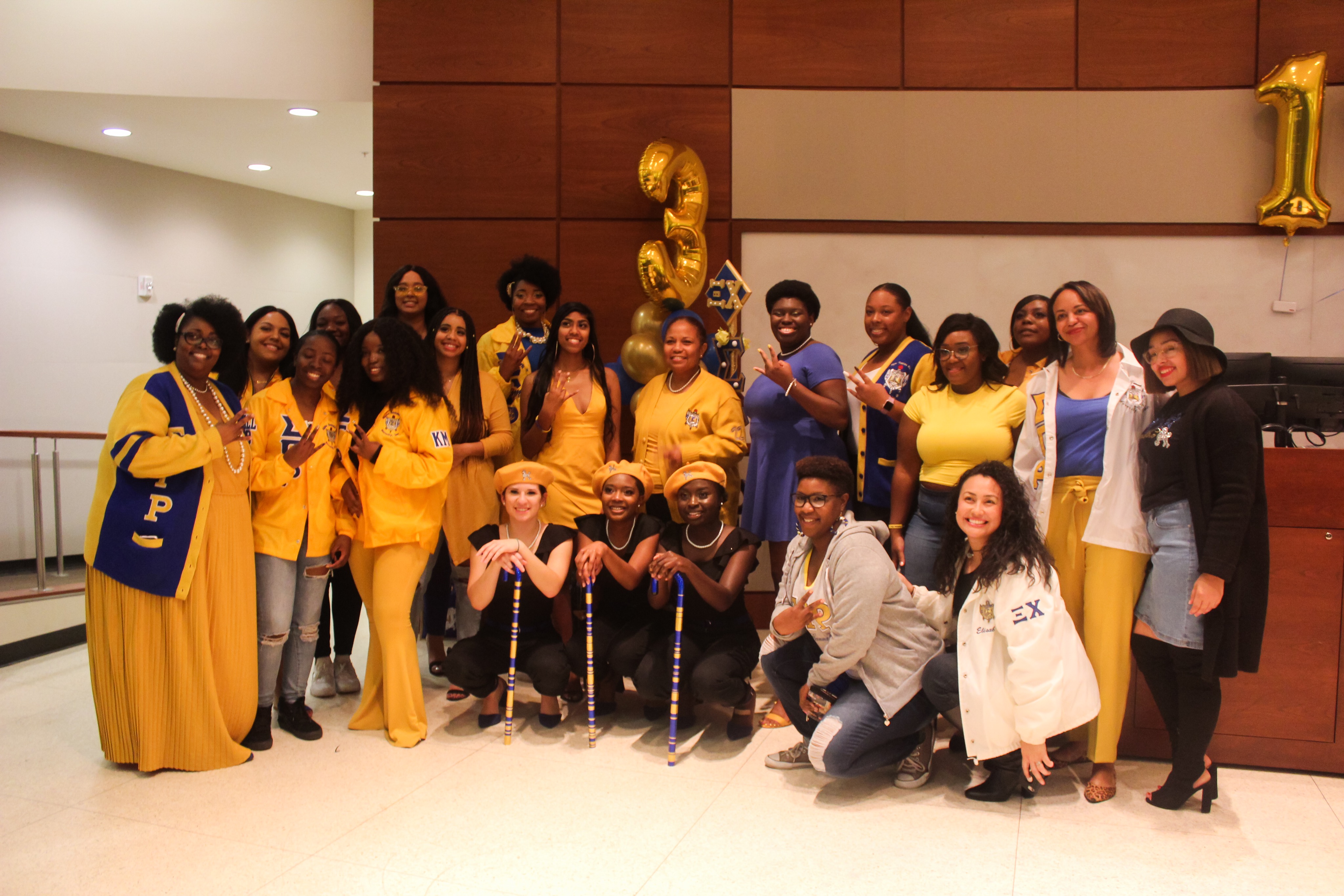 The Xi Chi Chapter of Sigma Gamma Rho Sorority, Inc. was chartered May 18, 1996, with eleven women completing the establishment of all four NPHC sororities at Baylor University. Familiar events hosted in recent years include the W.I.S.E.R, Working to Implement Self Empowerment Through Reading, annual book drives and workshops highlighting domestic violence prevention. ​Xi Chi also provides support to those suffering from breast cancer, along with donating baby items to new mothers in need.

Iota Phi Theta Fraternity, Incorporated was founded on the campus of Morgan State College (now Morgan State University) September 19, 1963. Twelve men, referred to as the Honorable Founders, led the charge for the founding of Iota Phi Theta. Since its inception, the fraternity has grown substantially and continues to fulfill its purpose, “The development and perpetuation of Scholarship, Leadership, Citizenship, Fidelity, and Brotherhood among Men.” Notable members of Iota Phi Theta include: Actor and musician, Terrence C. Carson, and former meteorologist on Good Morning America, Spencer Christian.

Iota Phi Theta has not yet been chartered at Baylor University.

On November 17, 1911, four men took the steps to found a brotherhood rooted in manhood, scholarship, perseverance, and uplift. Omega Psi Phi Fraternity, Incorporated was the first international fraternal organization founded on the campus of a historically Black college (Howard University).

The Chi Delta Delta Chapter of Omega Psi Phi Fraternity, Inc. was chartered December 5, 1998 on the campus of Baylor University by nine charter members. A beloved member organization of the NPHC, this chapter is not active--meaning it does not have any members at the present time. 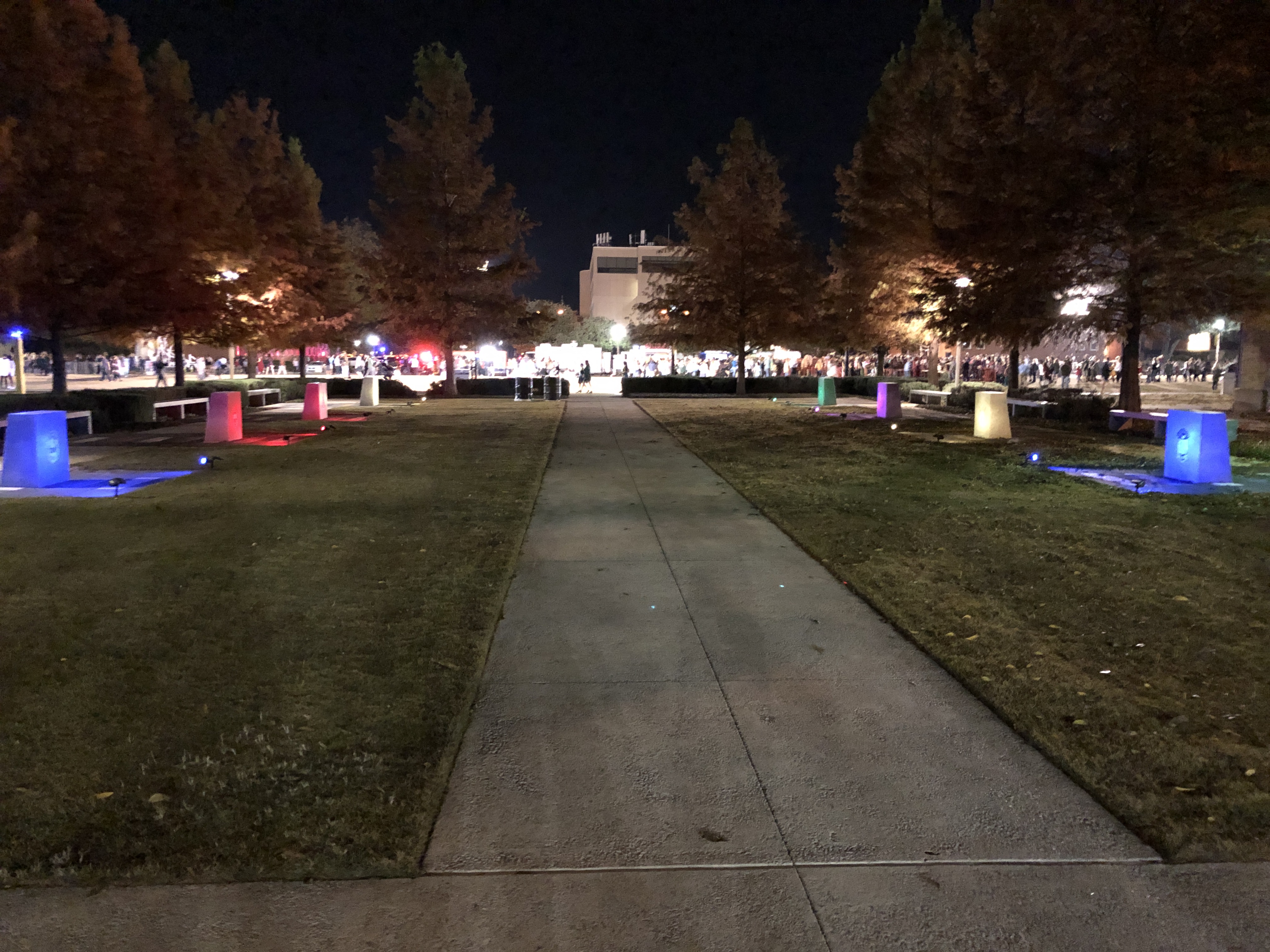 In March 2007, the NPHC Executive Board created a proposal for the addition of Greek plots to the campus of Baylor University. This proposal addressed the Greek communities' desire to acknowledge the growing diversity on Baylor’s campus and the recognition of NPHC chapters’ contribution to the campus community. In the spirit of fellowship and pride, the proposal advanced the construction of monuments to tangibly display the rich history of NPHC. On September 24, 2011, the construction of the National Pan-Hellenic Garden was completed. The establishment of these plots honors the heritage and recognizes NPHC organizations for their service to the greater Waco community and Baylor University. Today, the Baylor National Pan-Hellenic Garden has stones established for the six of seven currently active NPHC organizations on campus. The council, alongside Baylor University, is currently fundraising for the addition of the plot for the Xi Chi Chapter of Sigma Gamma Rho.

The History of Plots

One of the most prominent symbols of Black Greek Letter Organizations on college campuses are plots. Plots symbolically represent the organization, and can appear in various forms. Colors play an integral part of the plots and are representative of each organization - usually containing the organization's Greek symbols or letters. Other variations may include national and local history, as well as the names of the charter members of the organization. Plots serve as gathering places and symbolic honor for the past and future generations of Black Greek members.