October 28, 2018, marked the centennial of the birth of Czechoslovakia as a sovereign country. A series of events sponsored by the Keston Center for Religion, Politics, and Society in partnership with the Department of Modern Languages and Cultures and McLennan Community College was held Oct. 9-12 to celebrate 100 years of Independence. 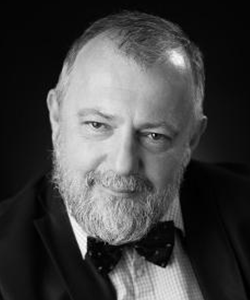 On Thursday, October 11, the Keston Center hosted a reception honoring Hynek Kmoníček, Ambassador Extraordinary and Plenipotentiary of the Czech Republic to the United States in Armstrong Browning Library. During the reception, students from the University of North Texas College of Music sang excerpts from The Cunning Little Vixen, an opera by Czech composer Leoš Janáček. Following the reception, Ambassador Kmoníček presented the address, “Lessons on Freedom: Perspectives on the Past, prospects for the Future.” As part of the lecture, Egle Uljas, graduate student in piano, performed two Czech Dances by Bedřich Smetana.

Earlier in the day, a luncheon “Celebrating a Century of Freedom and Friendship” for special guests and sponsors with Ambassador Kmoníček and his wife Indira Gumarova was held in Barfield Drawing Room in the Bill Daniel Student Center.

The Czechoslovak Experience in Film

Dr. Michael Long, Professor and Interim Chair of Modern Languages and Cultures, was joined by Czech journalist Ivana Doležalová to introduce and discuss Oratorio for Prague (1968) and The Power of the Powerless (2009) on Tuesday, October 9. These documentary films explored the events of Prague Spring in 1968, through which Czechoslovakia attempted to break from Soviet control and usher in social reforms. Doležalová appeared in The Power of the Powerless.

The Magic and Tragic Eights

The celebration closed on Friday, Oct. 12 with a breakfast and lecture by Alice Luňáková in the Michaelis Academic Center (MAC) at McLennan Community College. Luňáková, a former MCC exchange student and current graduate student at Masaryk University in Brno, Czech Republic, spoke on "The Magic and Tragic Eights: Generational Reflections on 100 Years of Czech History." Ambassador Kmoníček concluded the session and the conference by bringing the past into the present with a look into the future related to his country, the United States, and the world at large.

Thank you Interim Dean of the Baylor University Libraries John S. Wilson and the sponsors who made these commemorative and memorable events possible.