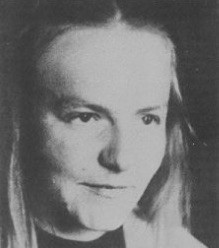 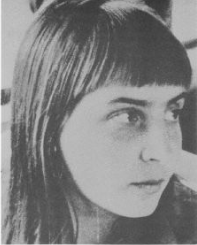 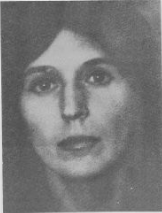 The feminist group Club Maria was founded in the Soviet Union in 1980. Soviet feminists grew in numbers during the 1970s and 1980s, at the same time underground religious activity among members of the Russian Orthodox Church increased. Club Maria combined feminism and Orthodox Church ideology.

The first Soviet free journal for women, Woman and Russia: An Almanac for Women about Women, was led by a multitude of women, including the founders of Club Maria. The Almanac circulated as samizdat and included poetry, art, and essays covering a range of subjects, from patriarchy to prisons, from matriarchy to marriage, from theology to abortion.

Shortly after the Almanac’s creation, the group split with one keeping the Woman and Russia name, and the other becoming Club Maria. Women and Russia maintained an ideology similar to Western feminists while Club Maria looked to the Russian Orthodox Church to solve issues of inequality.

On March 8, 1980, Julia Voznesenskaia, Natalia Malakhovskaia, and Tatiana Goricheva planned to officially establish Club Maria. However, in February, the Soviet authorities intervened, searching several women’s apartments and seizing ready-to-be circulated copies of the first issue of the journal Maria. In protest, the women immediately announced the creation of Club Maria.

Authorities waited until the night before the 1980 Moscow Olympics to retaliate. They arrested several feminists, including Voznesenskaia, Malakhovskaia and Goricheva, as well as the leader of Woman and Russia, Tatiana Mamonova. All were exiled.

Club Maria created the first free women’s club in Russia. The founders chose Madonna, or Maria, as their symbol representing maternal selflessness. They did not select Sofia, the Orthodox symbol of Western feminism, thus rejecting the rationalism of Western feminism and Marxism in favor of the spiritual truths of Orthodox Christianity. The women of Club Maria followed a uniquely Russian approach to feminism that emphasized community and spiritual-religious transformation.

Because of Club Maria’s strong roots in the Orthodox church, their goals aligned with the church, calling Christians to return to God and strive to follow him as closely as possible. Thus some elements of the Orthodox Church welcomed Club Maria and its ideals.

After the three founders’ exile, some continued writing for Maria. Other feminists in Russia contributed to and led the journal. Although Soviet authorities tried many times to deter these women and stop the circulation of Woman and Russia and Maria, the women persisted, believing that their cause was worth more than what could be done to them.

More information about Club Maria can be found at Keston Center for Religion, Politics, and Society.

Talking about God Is Dangerous: My Experiences in the East and in the West by Tatiana Goricheva (SCM Press, 1986).

Cry of the Spirit: Christian Testimonies from the Soviet Union selected from the journal Nadezhda by Tatiana Goricheva; English translation by Susan Cupitt (Fount Paperbacks, 1989).