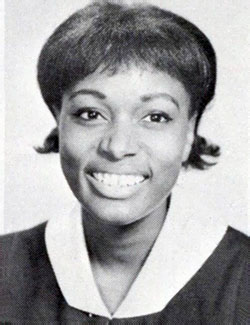 Barbara Ann Walker was born in Redbird, Oklahoma in the 1940s. In 1963, she began attending Paul Quinn College in Dallas, Texas. When Baylor University integrated in November of that year, Walker decided to enroll as a mathematics major. She soon felt called to social work and changed her major to sociology. Walker was the first African American to join Chis, a women's service organization, and to perform in All University Sing. She graduated with a degree in sociology on June 2, 1967, making her the first African American woman to graduate from Baylor University.

Walker continued her education at Florida State University where she earned a master's degree in social work. She accomplished much in her 32 years as a licensed clinical social worker, including administration of inpatient and outpatient programs for the Department of Mental Health in California.

Her faith was and remains an important part of her life. In a Baylor Chapel-Forum in 2000, she expressed her appreciation to God for the blessings in her life and for allowing her to grow and thrive at Baylor.