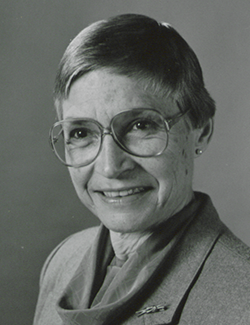 Joan Larie Riffey Sutton Houston was born in Louisville, Kentucky, in 1930. In 1935, at the age of five, she moved to Brazil with her parents, who served as missionaries with the Foreign Mission Board (now the International Mission Board). Joan returned to the United States for her undergraduate education, graduated from Baylor in 1951, and attended Southern Baptist Theological Seminary, after which she married Boyd Sutton. She returned to Brazil in 1959, where she and her husband served as music missionaries until 1993. Her papers were donated to Baylor between 2010 and 2016, and include a variety of materials directly related to Baptist missionary work in Brazil in the twentieth century.

The Sutton papers revolves around the life and work of Joan Sutton as a music missionary in Brazil during the second half of the twentieth century. The collection features much of her musical work in this context, as a translator of hymns and cantatas, but also her work as an educator. It contains other items, such as hymnals and correspondence from her personal archive.

More information about Joan Sutton can be found in the Central Libraries Special Collections.