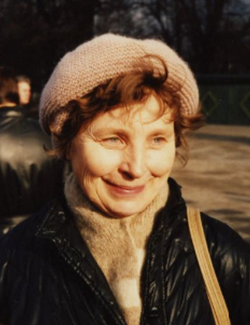 Devout Catholic nun Nijole Sadunaite was born in Lithuania in 1938. At the time, the Soviet Union dominated the country, and believers like Sadunaite experienced harsh persecution. She became well-known for her dissident actions and was sent to the Gulag for her faith.

Lithuania forced Soviet rhetoric on children. The government required Nijole and her brother Jonas to join the school-level communist league to indoctrinate them to Communist and atheist ideas. Once old enough, Lithuanian children had to join Komsomol, the All-Union Leninist Young Communist League. The organization for ages 14 to 28 was a political tool for spreading Communist teachings as well as preparing them to become members of the Communist Party.

In August 1974, Soviet authorities arrested Nijole Sadunaite in Lithuania for her dissident activities, especially circulating The Chronicle of the Catholic Church in Lithuania. The Chronicle was an underground journal that recorded human rights abuses and the heroism of the Church under Soviet rule. The samizdat periodical became the longest-running, continuous underground publication in the USSR. The eleventh issue was found on her typewriter when she was arrested.

Interrogated using old Soviet methods, Sadunaite refused to provide any information that would harm the church movement or give details of her contacts in the larger church organization. Her trial began in 1975. She refused a defense lawyer because she didn't want to risk anyone's life. She knew any lawyer defending her would be persecuted. She became a national hero for the speech she made at her trial. She stated, “This is the happiest day of my life, I’m being tried for the Chronicle, which is a protest against the physical and spiritual tyranny to which my people are being subjected” (Miles, 2). She stated she had the privilege of fighting for the rights of the people and the truth and was standing on the side of Jesus Christ.

In June of 1975, Sadunaite was found guilty and sentenced to three years in the Gulag and three more of internal exile in Siberia. Because she was considered an especially dangerous criminal, officials transported her in a separate compartment with special guards. Like all believers, Sadunaite experienced continual torture, ridicule, and harassment in the Gulag.

While imprisoned, Sadunaite frequently participated in demonstrations and hunger strikes on behalf of brutally punished prisoners. She survived her own interrogations and punishments but barely stayed alive. Authorities knew her case was closely watched by Lithuanians in the West who would be outraged if she died. After three years in the Gulag, she spent her exile as a practical nurse in a lumbering town in Siberia.

When Sadunaite completed her sentence in 1980, Soviet officials continued to harass and threaten her. They warned that if she continued her activities or wrote about her experiences, she would be forced back to Siberia. Nevertheless, the nun wrote about the events that led to her imprisonment, her experiences in the Gulag, and her time during the Siberian exile. After she went into hiding because of the threats, authorities harassed her brother, taking him to a psychiatric hospital and giving fake diagnoses to keep him in the facility. Sadunaite hid for five years before being briefly detained in April of 1987. She often disguised herself with wigs when visiting friends to avoid Soviet notice.

Sadunaite’s book detailing her experiences was smuggled to the United States in three parts. A Radiance in the Gulag: The Catholic Witness of Nijole Sadunaite is likened to a Catholic version of Anne Frank’s diary. In spite of her numerous challenges and the many attempts to crush her faith, Nijole Sadunaite’s belief did not waver.