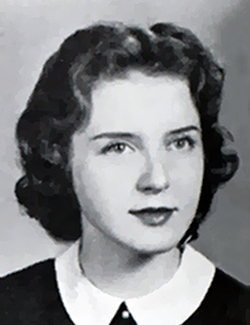 Sandra Trenwith Hancock Martin was born to Hugh Trenwith Hancock and Rose Alice Todd on August 7, 1940, in Washington, D.C. She attended the Second Baptist Church in Houston, Texas, and graduated from Lamar High School. In 1958, Martin began her freshman year at Baylor University as a theater arts major with a concentration in drama. Following a year and half of education at Baylor, Sandra transferred to her father's alma mater, William and Mary College in Virginia, where she received her B.A. in Spanish in 1962. Following her college graduation, Martin went on to receive her M.A.T. in Spanish from the University of Florida. She moved to New Jersey and became a teacher of A.P. Spanish at the high school level. After thirty years, Martin retired as a high school educator.

Martin took a position as Adjunct Professor of Spanish and First Year Seminar in the School of Humanities and Global Studies at the Ramapo College of New Jersey. Sandra Trenwith Hancock Martin married John David Martin, a physicist originally from Alexandria, Virginia, after their meeting at William and Mary College. The couple have two children, Andrew Thomas Martin and Todd David Martin.