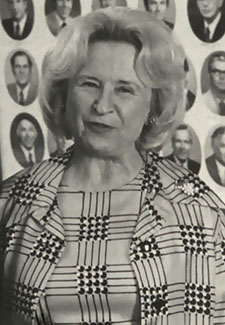 Margrette "Peggy" Zuleika Grubbs Nance Lynch was born in Fort Worth, Texas in 1918. She earned a B.S. from the University of Texas and an M.F.A. from Southern Methodist University. She held a teaching certification from the State of Texas throughout her life and occasionally taught speech at UT. She wrote or co-edited more than 20 volumes of poetry and her work received national and international acclaim. Grubbs and her husband founded Poetry in the Arts, Inc. in 1983 as a collaborative creative effort in Austin to encourage those supporting literature in the community. In 1991, the government of Malta knighted her as a Dame of Grace. She was named a Poet Laureate International in 2005 and appointed permanent Vice President of the United Poets Laureate International. She died on March 6, 2012.