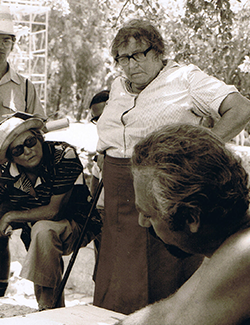 Dame Kathleen Mary Kenyon (1906-1978) was a British archaeologist most well-known for her excavation of Jericho. It was at this site that she refined the stratigraphic technique of excavation that she learned from fellow archaeologist Sir Mortimer Wheeler. Kenyon participated in numerous excavations throughout her career, including excavations of the ruins at Great Zimbabwe in Rhodesia. She also participated in excavations at Verulamium (St. Albans) and the Jewry Wall in England, Sabratha in Italy, Samaria in Palestine, and Jerusalem in Jordan, among others. She helped found the Institute of Archaeology at the University of London and served for a time as Director of the British School of Archaeology in Jerusalem. Kenyon was the eldest daughter of Sir Frederic G. Kenyon, a biblical scholar and Director of the British Museum.

More information about Kathleen Kenyon can be found in the Central Libraries Special Collections.