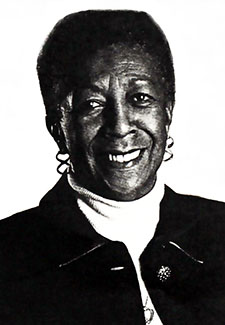 Dr. Mae Allison Johnson Jackson, better known as Mae Jackson, was born on September 10, 1941, in Mexia, Texas. Her parents, Allison Maceo Johnson and Eula Mae King, emphasized the importance of education to their children from a very early age. Her father worked as the principal of a rural country school near Teague, Texas, and her mother taught home economics for several years.

Jackson graduated as the valedictorian of Booker T. Washington High School in 1958 at the age of sixteen. She earned her Bachelor of Science degree, majoring in sociology, at Texas Southern University in Houston in 1962. Jackson then worked briefly at the University of Texas Medical Branch in Galveston before attaining her master's degree in social work from Our Lady of the Lake University in San Antonio in 1965.

Mae married Howard Andrew Jackson, with whom she had three children. The couple later divorced, and Mae moved to Waco to work at the Veteran Affairs Hospital after her mother suffered a heart attack. As her mother's health improved, Jackson joined the National Council of Negro Women based in Washington, D.C. Under its auspices, Jackson helped to bring low-income housing to areas along the Mississippi River Delta (1969-1971).

Jackson also became active in politics in an effort to right the social ills she had experienced during her career. She served as the Vice Chairwoman of the Governor’s Commission for Women (1985-1987) and was appointed to the executive board of the Texas State Board of Pardons and Paroles by Governor Ann Richards. Locally, she served for four years on the Waco City Council, District 1. She won the mayoral election in May 2004, becoming the first African American female mayor of Waco. She passed away, however, during her term on February 11, 2005.

More information about Mae Jackson can be found at the Institute for Oral History.